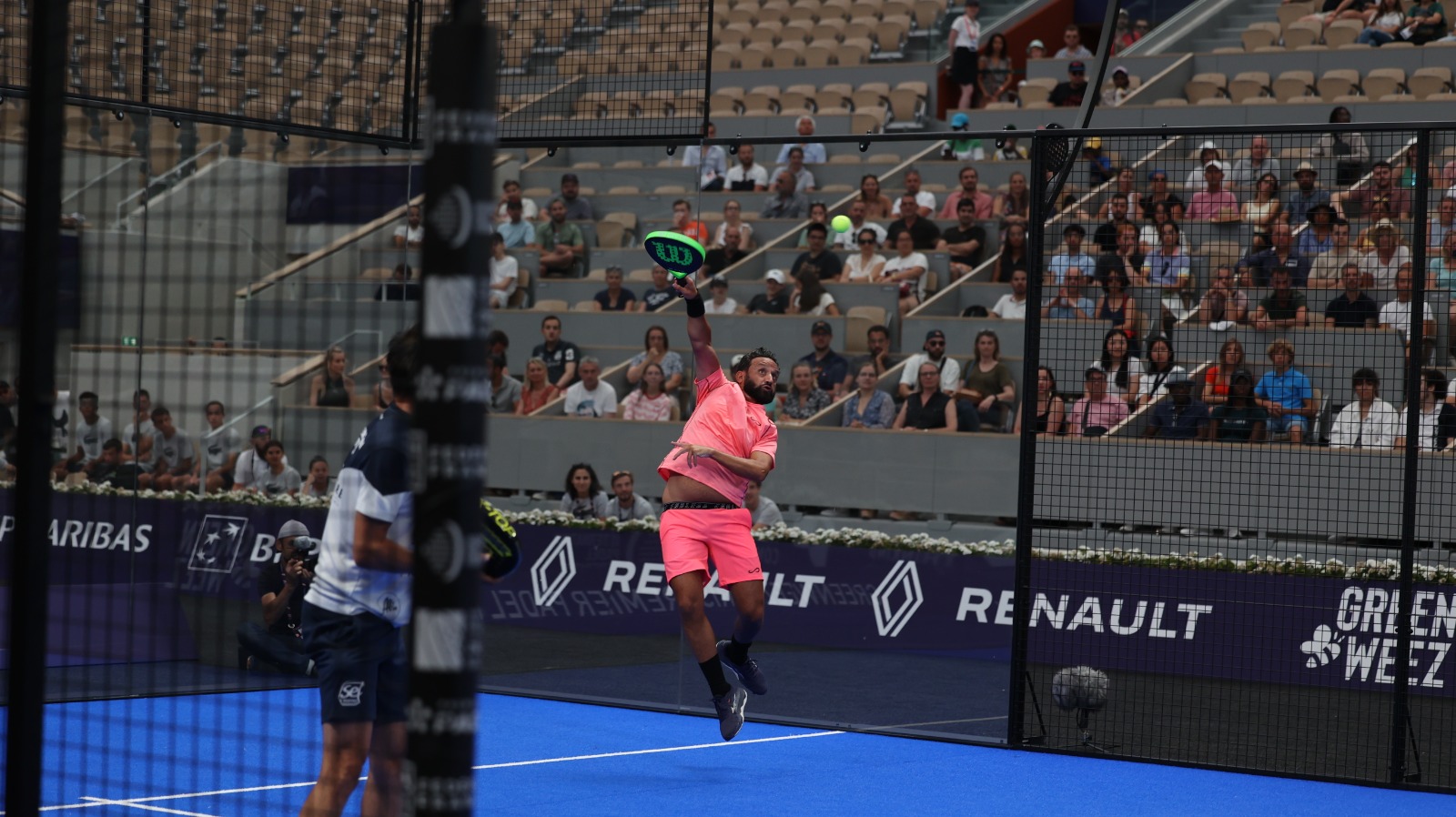 Before the final of Greenweez Paris Premier Padel Major was playing a exhibition with Benjamin Tison, Cyril Hanouna, Sylvain Wiltord and Arnaud Clément on the Philippe-Chatrier.

To warm up the public before the grand final, French champion Benjamin Tison, host Cyril Hanouna, former tennis player Arnaud Clément and ex-footballer Sylvain Wiltord played an exhibition match. For the occasion, Wiltord had even brought out his 2006 World Cup jersey!

Before flying to Malaga, where he plays tomorrow, Benjamin Tison, best French player, imposed his left-handed touch on the match, to the delight of his teammate Cyril Hanouna. The French champion and the host of TPMP 6/1 6/4. Beautiful player despite the defeat, Arnaud Clément told us that he had a great time!