The best French players of the discipline will be present next to the number 9 ATP World Gael MONFILS. A passionate but competitive star Attracted by the spectacular and fun side of the padel in perfect adequacy with his own qualities, Gaël remains a fierce competitor.

Associated with the double champion of France Robin Haziza, he will aim nothing less than the victory on the tracks Lyonnaises. To achieve his goals he will have to face a very high table where the pair composed of the professional Spanish Aitor GARCIA BASSAS and the number 1 French Justin LOPES will act as a favorite.

3 days of competition for maximum pleasure Open to all FFT licensees, the tournament will take place in 3 phases:

- Final table with the first seeded 8 from Saturday afternoon for a final scheduled on Sunday 5 February from 15h00.

From the panoramic mezzanine of the "bikini-bar" overlooking all the tracks, each spectator for whom the entry will be free the 3 days of competition will be able to discover this new sport and to appreciate the high level of practice of the participants.

A wide choice of preparations based on fresh products and worked on site will also be proposed. 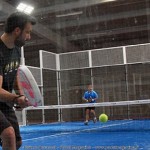 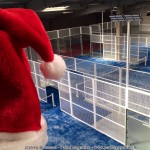 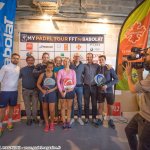 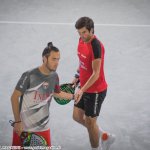