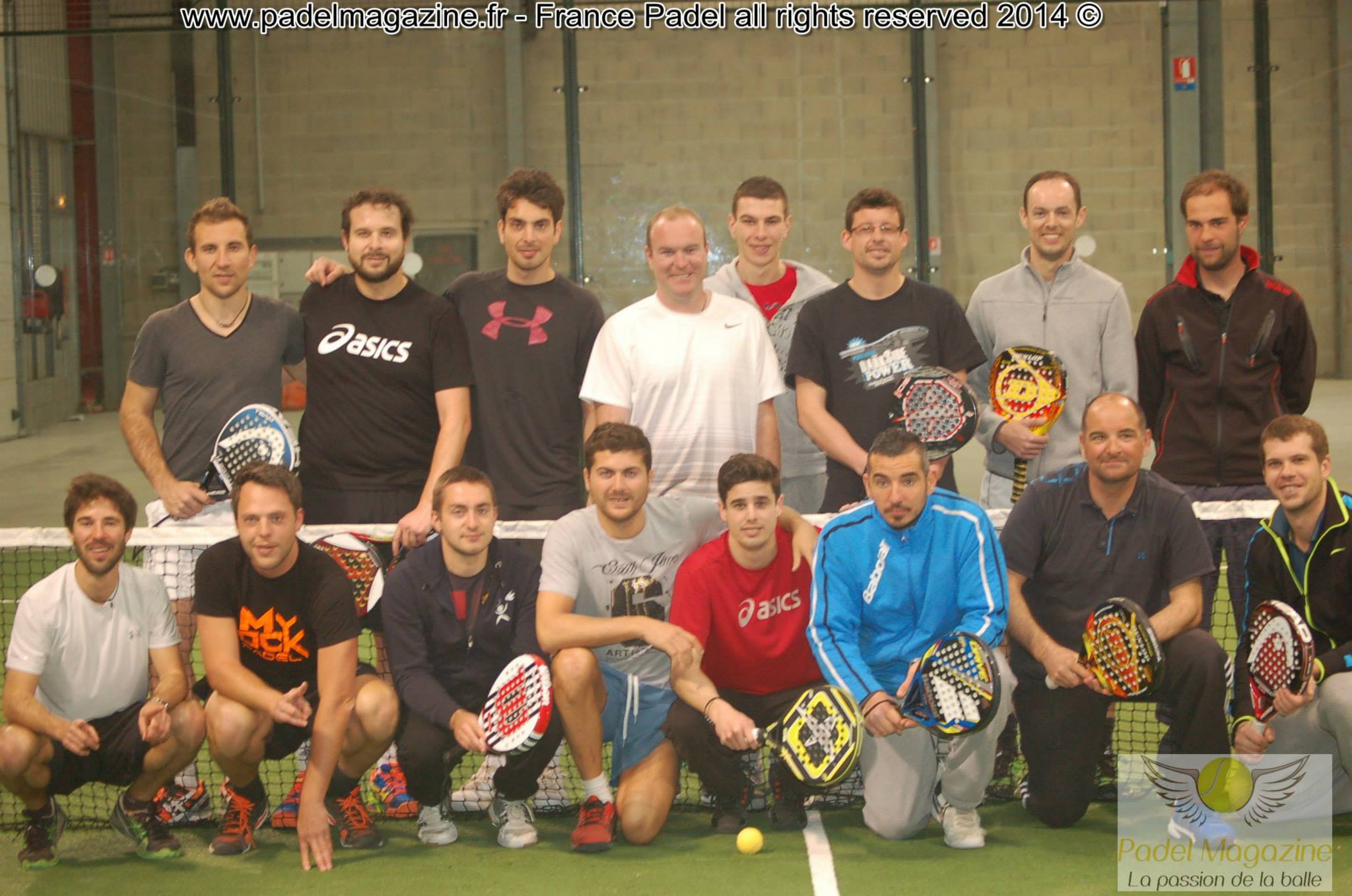 Padel Magazine - On March 15 and 16, the best players of padel from the north of the northern half of France had met at the Padel Park in Laval, the club of padel indoor composed of 3 courts.

8 pairs clashed and a large half could claim first place. That's to say the competition that there was ...

These 8 teams were first dispatched in two chickens composed of 4 teams each.

The audience made up of players from padel but also squash, badminton and football players could enjoy the show with very muscular matches from the start. We saw in particular a very hard match between Lepanse / Dubourg L. and Garnier / Devrand. It was the future finalists Garnier-Devrand who won in 2 sets, but without having had any fears, especially in the second set. It must be said that one of the turning points of the match was the enormous noise we heard following a shock between Loïc Lepanse's racket and the wrist of his partner Luca. Luca however continued the game and his tournament with courage… More fear than harm, since the next day his wrist had regained its colors and its liveliness.

In the other pool, we also saw a match where a pair was not very far from withdrawing from the tournament. Indeed the Binisti / Houard pair played their first match also against the other future finalists of the Boissé and Touzard tournament. Following a harmless bullet, Franck Binisti blocked his right knee. After a few minutes of stoppage of play and a flexible brace to support his knee, the game resumed. The local pair saved a 1er set then went on to a beautiful victory.

The other big match for the hens was again this team from Port-Marly and the other team from Champigny made up of Gimenez and Magat. It was the 2e times in two weeks that these pairs found themselves facing each other in official competition. There was revenge in the air… And Champiny's team had clearly indicated that they wanted “ eat these guys from 78 "...

The Yvelines were totally overwhelmed by the incessant blows of the campinois and resulted in the loss of the first set (6 / 3). The second set started the same way by being led 3 / 0. But, the Pyramids team found the resources to come back and win this game after 2 match time.

Another very hot match took place between Sebastien Ruiz - Benjamin Meilhoc and Romain Dusbourg - Aymeric Meslin. Tension and sweat were at the rendezvous. But finally it is the local team that will succeed in importing it in three sets.

The final stages were finally faster than expected with semi-finals and final, rather expeditious. The big games of the day before seemed to have hurt physically. But not only. Simon Boissé, a qualified player for the finals, sent the visiting teams to a restaurant where " we ate a lot ". As much to tell you that the following day, some teams continued to digest their match on the court and away.

Finally, the pair Boissé - Touzard will fall in the final against another local team Garnier - Devrand losing in 2 sets: 7 / 5 6 / 3. It must be said that Justin Garnier and Samuel Devrand complement each other perfectly with a very regular level of play throughout the weekend.

Justin Garnier and Samuel Devrand have shown that the padel French had to count on them. Well done to them!

It should be noted that 3 of 4 pairs of laval entered in this regional tournament are in the top 4 (see table below or our facebook page).

Final ranking of the tournament padel from March 15/16: