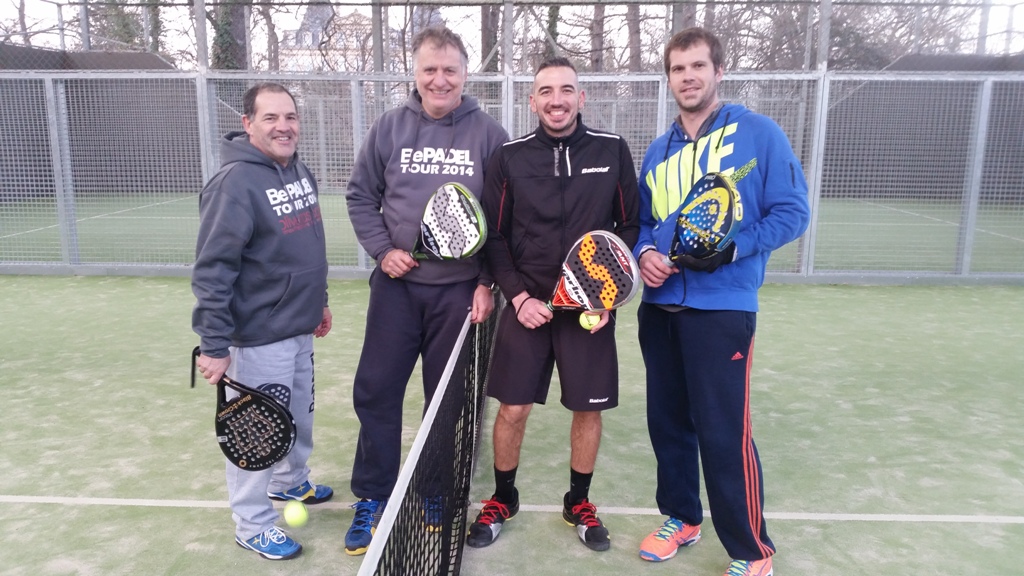 This weekend of the 7 / 8 February took place the 1ages 1 stageer Padel tour de France: The Infinity Tour 2015 organized by Padel Infinity. Open to all, regardless of your age, your padel level or your nationality.

30 pairs had gathered to participate in this 1er Tournament of a new kind, many Southwestern regions were represented and even more. Pairs of Toulouse, Castres, Montpellier, Perpignan, Bordeaux, Carcassonne and even Laval had decided to do battle on the grounds of Blagnac.

The game system is based on the number of players, who themselves can play in one or two categories or more if the desire to be completely carbonized is felt 😉

For this tournament, 3 categories were played: Male Advanced, Male Intermediate and Mixed. It is a pity that there was not enough registration in Woman to also cover this category. Padel Infinity hopes to be able to have a Women's category at the next tournament in Bordeaux.

Matches started as early as 9h in the morning, with the sun back in Toulouse after a snowy episode where the cold was there with -1 ° for the bravest ones in the morning. In the end, two pleasant days under the sun and a Saturday evening very very very cool ...

Each participant was entitled to his "welcome pack" including the breakfast offered by the organizers (chocolate or chocolate bread (to not frustrate anyone;)), croissants, madeleine, cake and especially coffee!) All day long included fruit when the players had a small craving and other padel gifts and the like.

The pool matches, played in 9 games for the 3 teams' hens or in the 1 6 games set for the 4 pools teams ended at 21h in the evening and the less tired ended up around well-deserved pizzas. All teams from all pools entered the finals regardless of ranking.

Sunday was the day of the finals and the elimination phase. The games were played this time so in 9 games where the bodies started to get tired and even very tired for those who made more categories.

The atmosphere is good and the pairs of Laval SIMON / BOISSE Advanced Male and SIMON / MESLIN Intermediate Male arrive in the final playing a well-honed padel. Separating local pairs from clubs Toulouse, castres or Bordeaux.

In the Semi-final of the Advanced Male, the pair TRANCART / GOUTIRES played against legends and former French number one GAUBERT / SAN MIGUEL in a hung part and offering very pretty points and it is finally to the experience that André and François won, not without difficulty, their match reaching the final against Simon / Boissé of Laval. A Laval / Carcassonne duel.

In Male Intermediate, the pair Simon (yes .. still him; p) / Meslin met a mixed team allowed to date the male BEUZEBOC / ALQUIER and who lost in a very nice match watching 6-3 6-3.

The Mixed category saw some good fights to finish on a final between Marta / JF and Inigo / Paloma. Three Spaniards for a castrais and who saw the victory of the couple of the Hispano-Castrais weekend won the mixed category on a brilliant final. Always in a great atmosphere! The main padel!

To finish the final between Laval and Carcassonne resulted on a victory for Laval who dismissed carcassonnais well tired by their semifinal. Congratulations to them.

Everyone is, apparently, left very happy with this 1er tournament. And the teams already registered for the tournament in Bordeaux, which will host the second leg, are already ready to fight !! Vamos and long live the padel !! 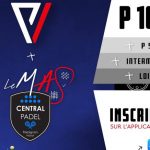