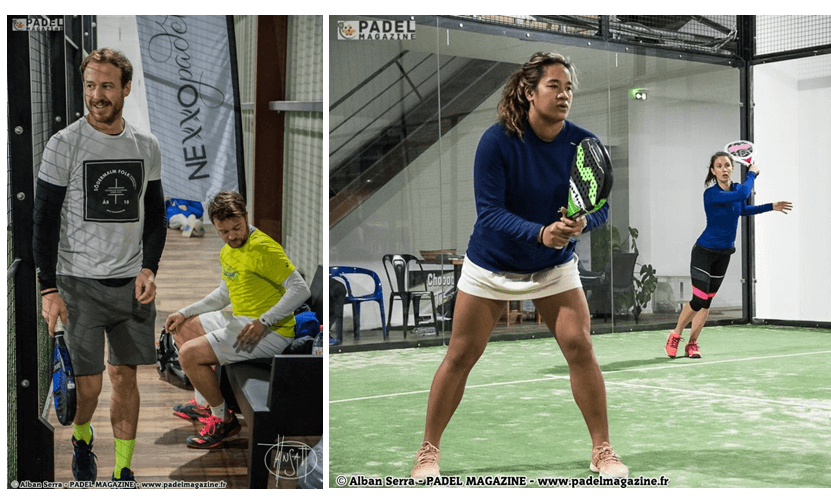 A wet stage but that goes to the end

Who says approved tournament obviously means coming from players from several cities of France to recover valuable points for the FFT ranking of Padel.

Despite a heavy rain that will cancel only the mixed tournament (unregistered part), the other categories will go to the end. Deception, certainly, but a tournament that could be concluded despite these climatic conditions.

The final stages were delayed and certainly a little spoiled by a rebellious rain which then came to invite itself on the grounds of padel yet covered (2 fields of padel in semi-indoor). The players were therefore able to learn to play with tempered windows… And at this game, some seem very talented.

As for the results:

Advanced female: 6 / 2 6 / 2 Victory of Léa Godallier and Marianne Vandaele on the local Carine Vidal and Valérie Pibis, who had shown an interesting and particularly regular level of play during the semi-finals but who finally slipped quite sharply against the powerful shots of their opponents

Advanced male: Tombs of the Perpignan pair Jérôme Estanié and Matthieu Terrats during the semi-finals, Baptiste Poey and Nicolas Trancart had decided to pay the scalp of all the local and triumph again Perpignan Yann Loupetis and Thierry Malacamp in the final by the score of 6 / 1 6 / 4.

Note the very big performance in the second set for the latter, qualified for the first time in a final of a sanctioned tournament, and who saw themselves certainly beaten with a much wider score compared to the experience of their opponents ...

It is obvious that this is a pair that is in very great progress and that could hurt in the medium term.

If there is no major surprise in the results of advanced tournaments, it is certain that the Peruvian pairs are gaining power over time. We will see if they transform the test in the next major tournaments.