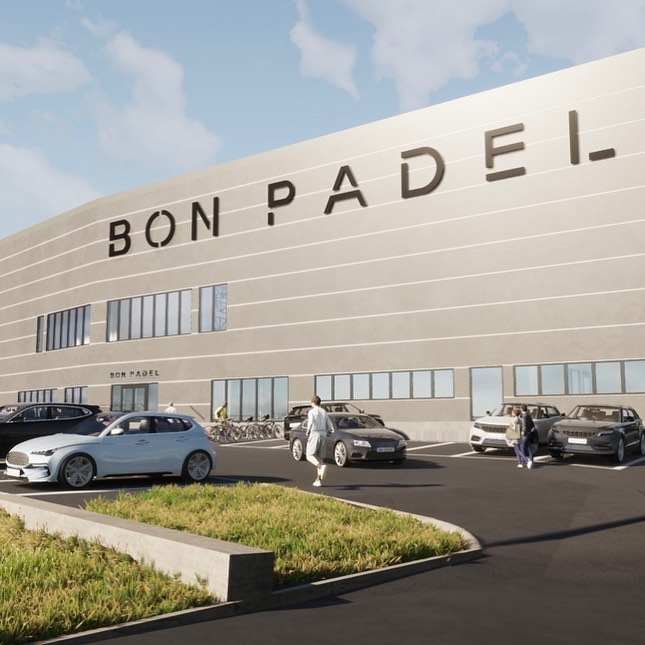 With more than 6.300 square meters, and 20 courts of padel built (17 indoor and 3 outdoors), Bon's ambition Padel is to create a world-class infrastructure likely to attract the best players in the world, whether for events / tournaments or for them to come and train. For Ulrika Johannesson, Commercial Director at Castellum: ”It is important to have a good sound environment so that all the noises of shocks and bounces on the glass walls - and maybe the few swear words - are muffled by acoustic absorbers and textiles. The right kind of lighting, which does not dazzle during the game ”.

It is therefore down to the smallest detail that Castellum has decided to tackle. The CEO of Bon Padel, Christopher Williamson, is not left out: ”The Good Padel Sand will be more than a simple room padel, it will be a fantastic meeting place with everything you need in addition. We will lean on club feeling that we created in Torslanda Padel. "

The ecological aspect has not been neglected

An almost inevitable element nowadays, the eco-responsible aspect has obviously not been neglected. Indeed, the new room padel recevra Silver environmental certification thanks to its low energy consumption and efficient use of space. Proof that absolutely no detail has been left to chance, and that the project is part of a development policy of padel eco-responsible of tomorrow.

The Good Padel Arena will open in February 2022.