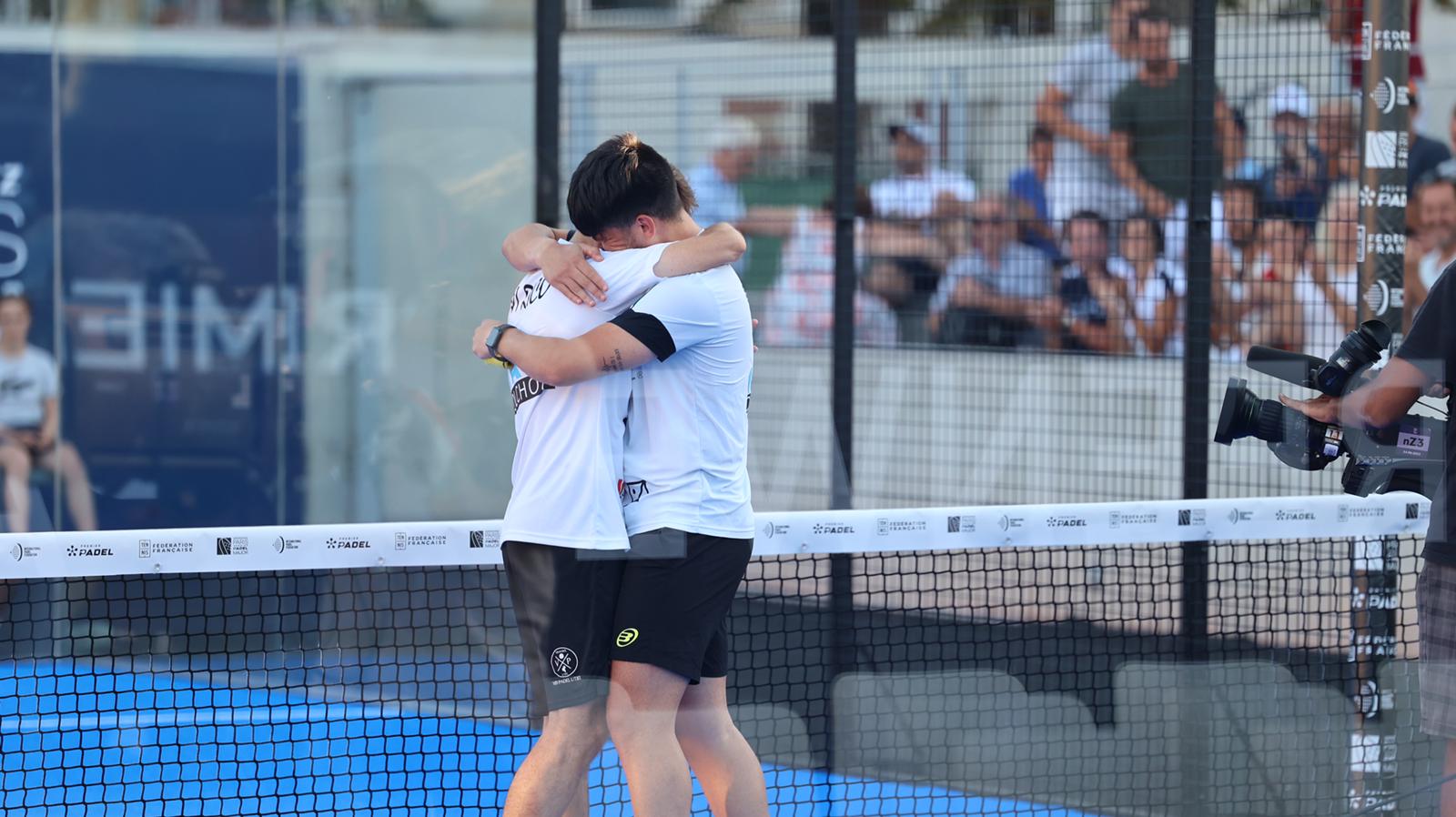 In a very intense match, Javi Leal and Javi Rico eliminate the seed 6 of the Greenweez Paris Premier Padel Major.

We were talking about it this morning, Javi Leal and Javi Rico had a shot to play against the latter's former teammate, Momo Gonzalez, and powerful southpaw Alex Ruiz.

In a boiling first set, marked by the smash contest between Ruiz and Leal, the underdogs took advantage of some unusual errors from the 6-seeded to win the tiebreak.

Boosted by winning the first set, “los Javi” put enormous intensity into the second act which allowed them to afford a quick break. Not at all confident, Ruiz and Gonzalez were never able to resume their late serve. A last game completely missed by the Andalusians will have finished sealing the first surprise of the day at Roland-Garros. Final score: 7/6 6/4.

Associated recently, Javi Leal and Javi Rico offer a reference victory and tomorrow they will play a first quarter-final together. It will either be against Paquito Navarro and Martin Di Nenno, or against Lucas Bergamini and Victor Ruiz. Answer now on the center track.

For those who would like to stay on the track 3, place to another very beautiful poster: Belasteguin / Coello vs Lijo / Javi Ruiz.