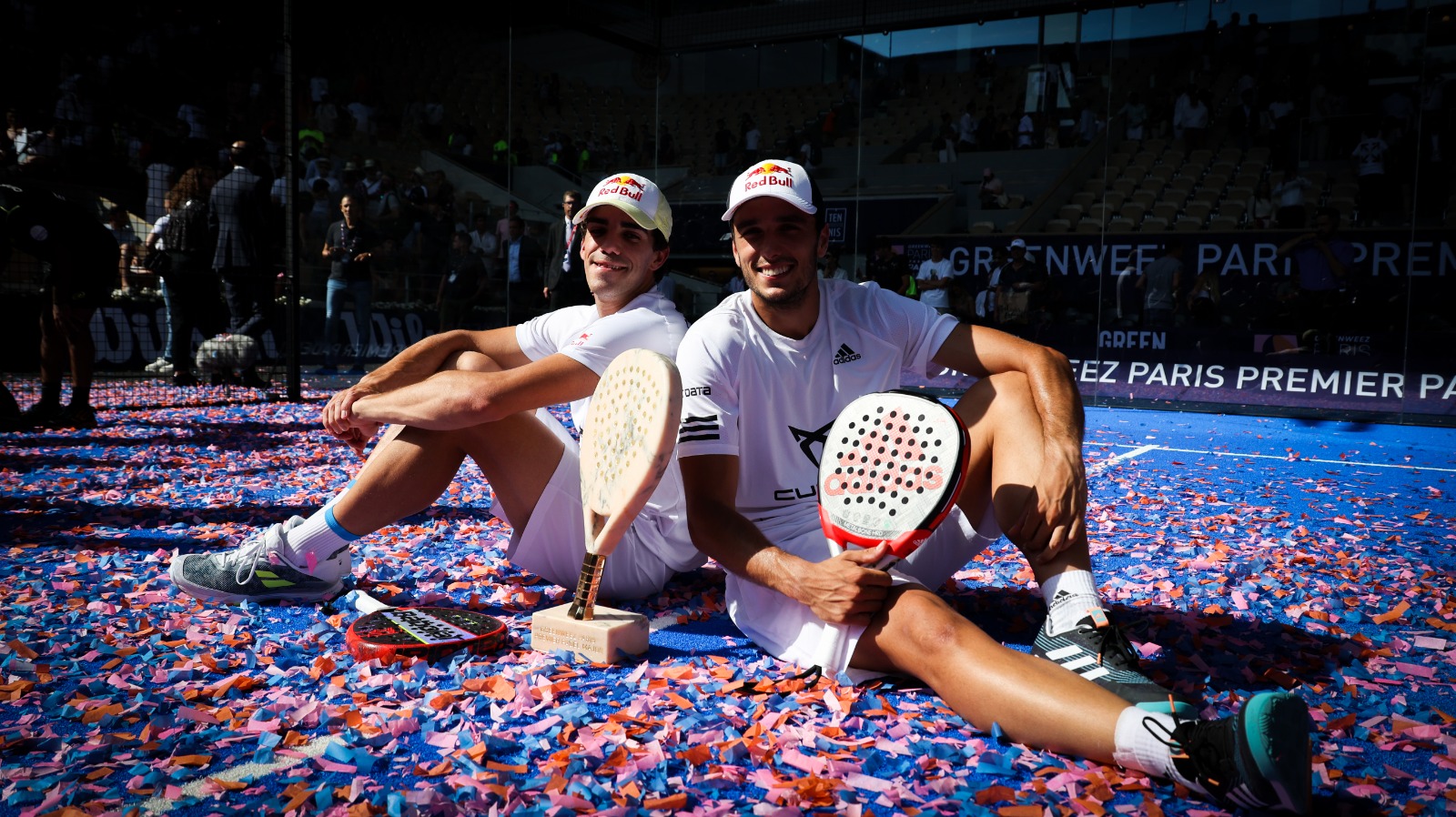 At the end of a final at the stratospheric level of play, the world numbers 1 win this first Greenweez Paris Premier Padel Major against Chingotto / Tello with a score of 6-3 4-6 6-4 after 1h46 of play.

By starting the game with a white game, the world numbers 1 immediately announce the color. Fairer and more incisive, the favorites decided to accelerate more and break their opponents from the fourth game. Stupa/Lima. Opposite, the start of the game for Chingotto / Tello is very approximate. The Argentinians make too many mistakes, they are overtaken on the majority of points, against Lebron and Galan it is simply insufficient.

In the second, the underdogs leave with better intentions. With a Chingotto (certainly one of the MVPs of the week) starting to gain momentum, the debates are balanced. However, the pressure still seems on the side of the Argentine pair, as evidenced by the time taken by Chingotto before serving in the 4th game. A game that is not so anecdotal, because the Spaniards will have had 3 break points which could have close the debates and ratify their victory. But it was without counting on the abnegation of the players of Gaby Reca who hung on and who managed to save their face-off. By increasing the level of play more and more, they will finally get a set point on the opposing service and will not be asked to convert it.

What could be better than a 3rd set in a Philippe-Chatrier three-quarters full for this final of the first edition of the Greenweez Paris Premier Padel Major ?

If the Argentines had trouble getting into the game, the situation has changed. Now there are no more favorites or underdogs. Simply 4 players at the top of their abilities, with only one desire: to be the first to put their names on the list of winners of this Greenweez Paris Premier Padel Major.

At a previous article summarizing the match between Bela/Coello and Ruiz/Lijo, we had mentioned the importance of managing high points and low points. And despite Chingotto's extreme burst of energy in defense, the Lebron / Galan pair seems too strong mentally. Optimized for this kind of encounter, the latter will succeed in making the difference in the 7th game and will recover the opposing service to never let it go behind.

The Lebron/Galan pair will have been pushed to their limits by a Chingotto/Tello pair which will have entertained the public throughout the game and which was not so far from creating a resounding feat for its first final on the circuit. Premier Padel.

After winning the final of the Premier Padel Italy Major in a match that will remain in the legend against the pair Navarro / Di Nenno, the world numbers 1 add a new Major of the circuit Premier Padel on their track record. This victory here at Roland-Garros after another memorable battle against Chingotto / Tello means a lot for the Galan / Lebron pair since they are the first to put their name on the list of Greenweez Paris Premier Padel Major, but they are also the first players of padel to win a tournament padel at Roland Garros. It will remain for eternity!