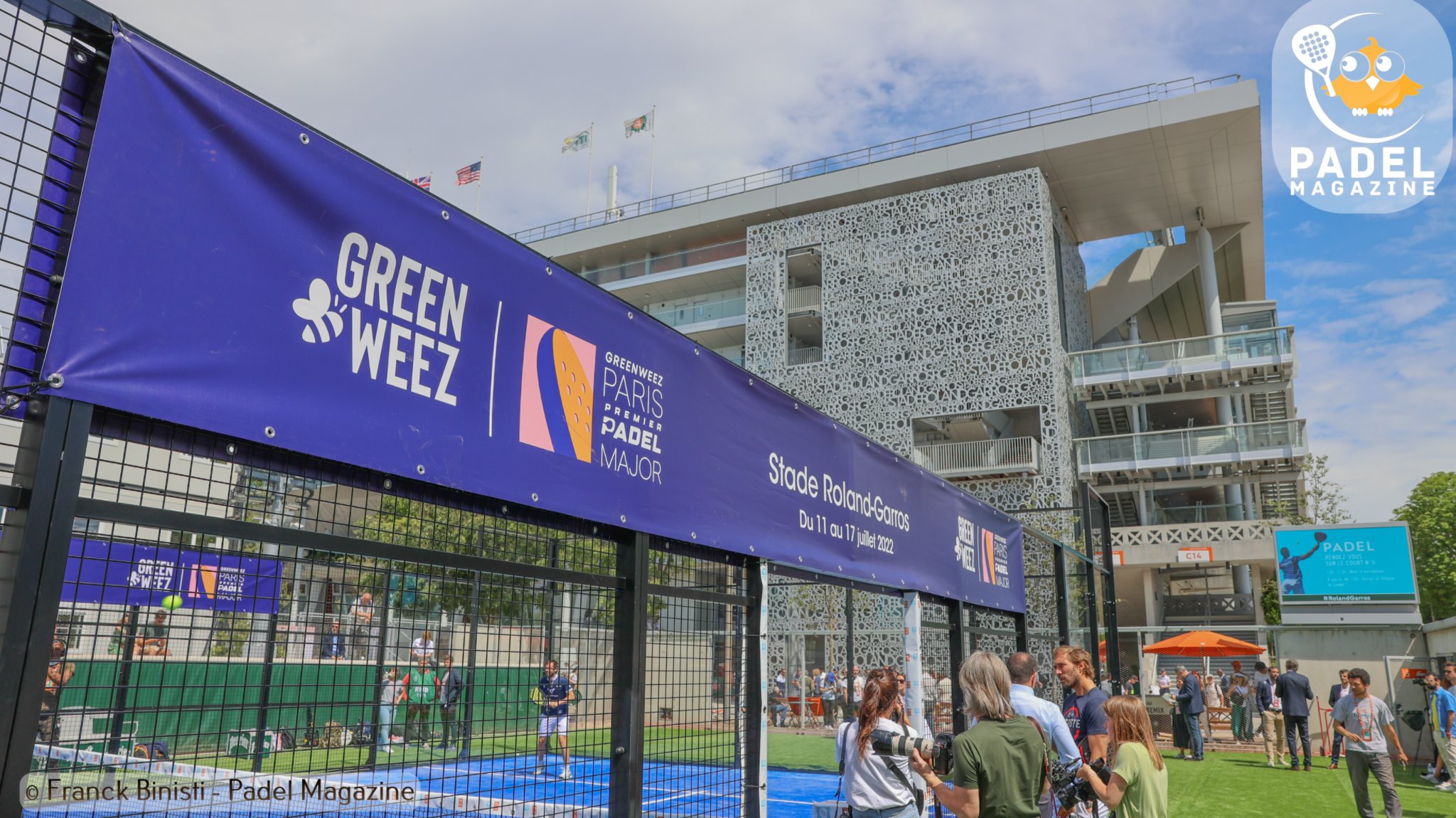 You discover the padel and you want to come to Greenweez Paris Premier Padel Major July 11-17. Are you sure you know all the rules and specificities of the padel ? Here are some basics.

Inspired by tennis and squash, le padel played exclusively in doubles on a rectangular plot of 10m x 20m surrounded by grids and windows and divided in the middle by a net. The free height is 7m minimum to allow lobs and smashes.

The surface generally used in competition is synthetic grass sandblasted or semi-sandblasted, green, blue or ochre.

The racket padel is smaller than a tennis racket, unstrung, weighing approximately 370g. The balls are almost similar to those used for tennis (with less pressure), uniform in color, yellow.

The counting of points is the same as in tennis : it is necessary 6 games to win a set and 2 sets to win the game. The service is played with the spoon, with two attempts and, if there is only one rebound of the ball on the ground during the rally, it is possible to hit it after a rebound on any other surface.