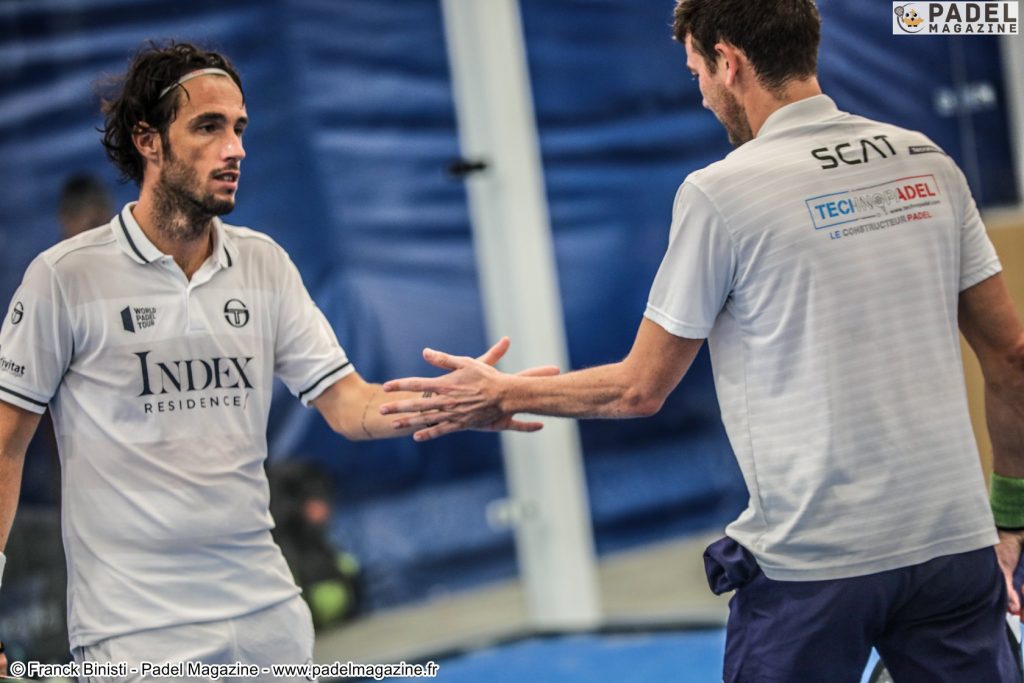 When we interviewed him, Jérémy Scatena raised the possibility of playing again with Robin Haziza in France in 2021.

By deciding to join forces on the French circuit, Benjamin Tison and Johan Bergeron, undoubtedly the two best right-wing players in France, have upset everyone's plans a little bit. Starting with those of Jérémy Scatena, who would have liked to continue in France with Benjamin Tison.

Remember that the Scatena / Tison pair has won the only P2000 of 2020, and that she had planned to align with the French Championships 2020, where she would have been the favorite alongside the triple title holders Bastien Blanqué and Johan Bergeron. “Scat” had high hopes for this 2020 campaign. As you know, because of the health crisis, the French Championships did not take place last season, and we will have to wait this year (at best) to see the best French players compete again...

When he entrusted us with his project of leave the WPT for the APT Padel Take the Tour, Jérémy Scatena addressed the issue of the French circuit, declaring that he would play some P2000 with his partner on the APT, Sergio Icardo. As the French championships are only reserved for French nationals, he will of course not be able to participate with the Spanish left-hander.

In this context, the best option for Jérémy remains his former partner, Robin Haziza, with whom he won the French championships twice (in 2015 and 2016). Two players with complementary profiles, capable of playing very well together, as in 2019, when they had dominated Tison / Maigret in the final of the Head Padel Open!

Although he is now coach of the French women's team of padel, Robin Haziza is still one of the best players, he showed it last season with two P1000 victories alongside Adrien Maigret. Since his separation from the Parisian, the one who lives in Barcelona has not yet announced the name of his future partner in France. Is it still available ? It would seem. In any case, “Scat” considers it a real option: “I will also probably play with Robin Haziza, because it's the best right still available. "

This sentence makes us think that the two men will certainly line up together for the 2021 French Championships, if they take place ... Indeed, as long as the health crisis has not passed, it is difficult to know when the tournaments will resume in France. . In any case, the circuit has never seemed so open, with a group of several strong pairs behind the favorites Bergeron / Tison. A group of which Scatena / Haziza would obviously be part. Case to follow!