Jérémy Scatena and Robin Haziza win the P1000 Head Padel Open at WinWIN Padel de l'Arbois. A completely crazy final that these two players achieve ... But for an incredible final, you have to be 4, and Adrien Maigret and Benjamin Tison have not been unworthy. Quite the contrary.

This historic pair, Scatena / Haziza produced one of their best performances over the past two years and perhaps even one of their best performances compared to their (already) long career spent together on the French circuit. . Above all, she managed to be effective on her break opportunities and to limit the breakage on the many occasions of the Parisian pair to make the difference. Final victory: 7/5 6/7 6/4.

Let it be said: We had a big qualifying match for the World Padel Tour this morning under the Aix sun between 4 players who gave everything. But it was hard. More than 2 hours of matches and extra points.

The central field of WinWin Padel de l'Arbois is unique in the padel global. Little info to know: the terrain is relatively slow. Unless you put a significant effect, you have to be particularly good to get out of PAR 3.

With this little irregular wind, patience was required to successfully tame the conditions at once ideal, but at a complicated time with this sun.

"Conditions that were the same for the 4 players, and we managed all the 4 to make a good match,"Says Adrien Maigret at the end of his match, obviously disappointed but fairplay and lucid on the quality of the service.

Robin Haziza whom we like to nickname “the paw of the expert” of padel French, obviously produced an almost perfect score. A match that he could use for the rest of his career on the World Padel Tour, both smart and efficient on the right.

And what about Jérémy Scatena? “El loco” seemed to leave “the loser” before starting his match. But it's bad to know him. His relaxed air? It's his way of concentrating and giving his best on the pitch.

Benjamin Tison made life hard for Robin Haziza in his diagonal, multiplying the short balls crossed in the diagonal. But Robin Haziza certainly thought before attacking his match. Instead of anticipating and trying to catch the net, he was patient to take the balls after the rebound of the fence ... A method that has allowed him on many occasions to catch up poorly embedded situations.

A final match, the most beautiful of the weekend, which concludes a first half of padel very rich.

It's time for a small pose for all these players, for others of an adapted training, to return even stronger in a few weeks. 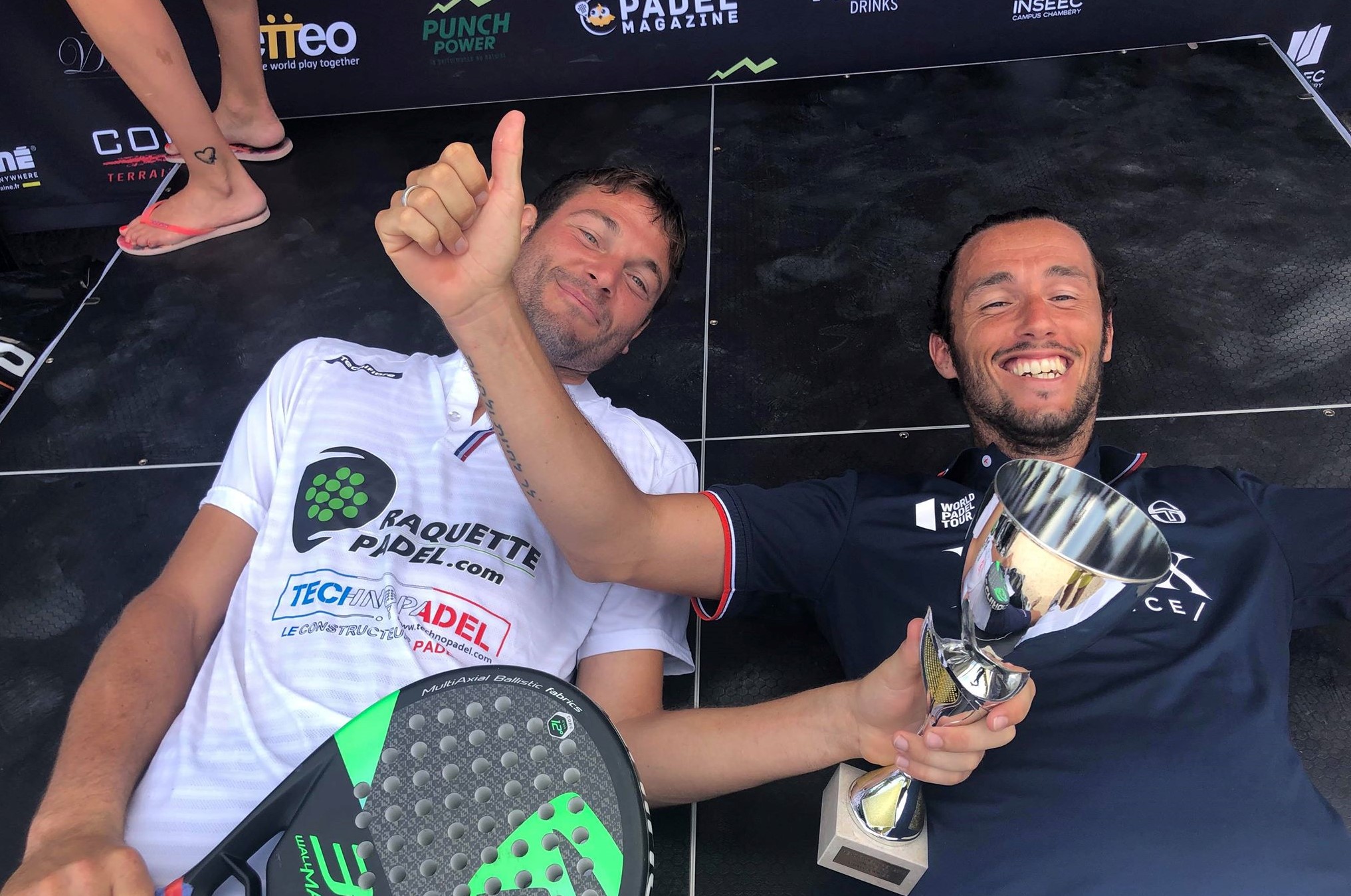