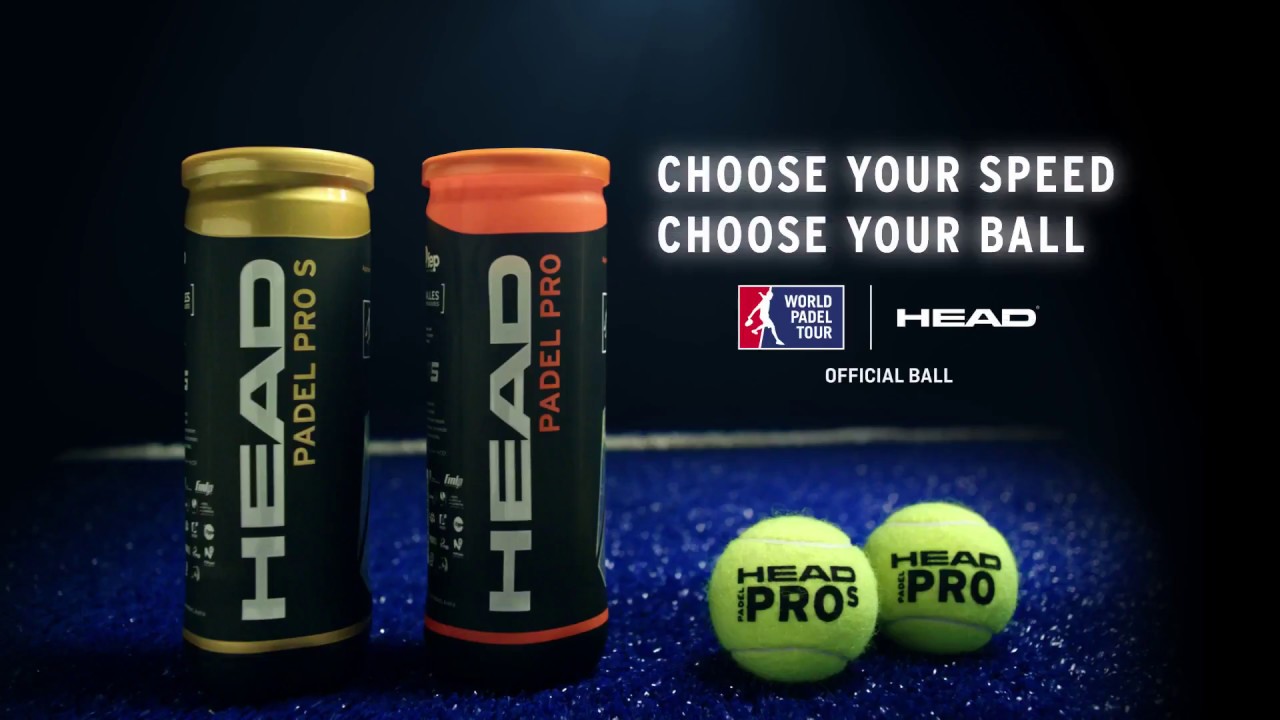 Why Head Padel, sponsor of the WPT for balls, offers 2 styles of balls? The Pro and the Pro S. In an interview with Sanyo Gutiérrez, number 1 worldwide and very straddling the material, we understand why.

Let's take a few minutes so that you choose the best your future balls.

The story begins with the Head Pro. A powerful ball for all padel players. With the evolution of sport, physical abilities and above all, in front of the expectations of the spectators, was born the Pro S.

The Head Pro is a heavier ball, with less pressure. This ball is perfect for dry areas, in the countryside or middle mountain. It is used in tournaments such as Madrid, at 700 altitude meters.

The Head Pro S is lighter but harder (more pressure). It has been studied to play on areas close to sea level, with humidity, so that the game stays alive.

What happens if we reverse the balls according to the zones? A Pro at sea level would make the game too slow, the outflows of bullets would be more rare and the equipment as well as the joints of the arm would suffer more. A Pro S in Madrid would be the top for big hitters like Paquito Navarro, Juan Lebron or Ale Galan, the game would be really accelerated, and less spectacular.

As Sanyo says in this video, there is really a difference between these two types of balls. As we see in advertisements, when making a shot, several things come to mind: what ball, Pro or Pro S, sea level or altitude etc ...

So if you want a slower game that favors exchanges, choose the Head Pro instead. If you prefer fast play, prefer the S.