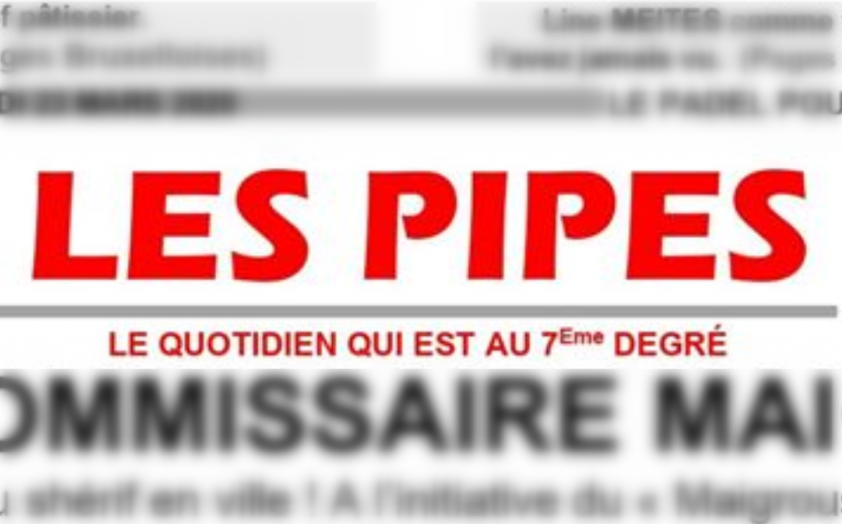 The daily newspaper “LES PIPES” makes a sensational entry into the world of padel. Thibault Perreon and Pierre Gadras, the founders of “PADEL FOR DAMS”Launched this new daily column obviously in the tone of“ 7th degree ”in the face of this historic health crisis.

Pierre Gadras (PG): I'm afraid the Padel for Dummies is behind this little daily newspaper… For those who are lucky enough not to know us, we are the crusaders specialists: Thibault Perreon and Pierre Gadras, more injuries than victories !

Thibault Perreron (TP): Pierre is someone very humble except in padel since he wins P500… The truth is that it is a lot of his initiative and I am content to provide some ideas and read every night this little daily newspaper which I'm already a fan of! 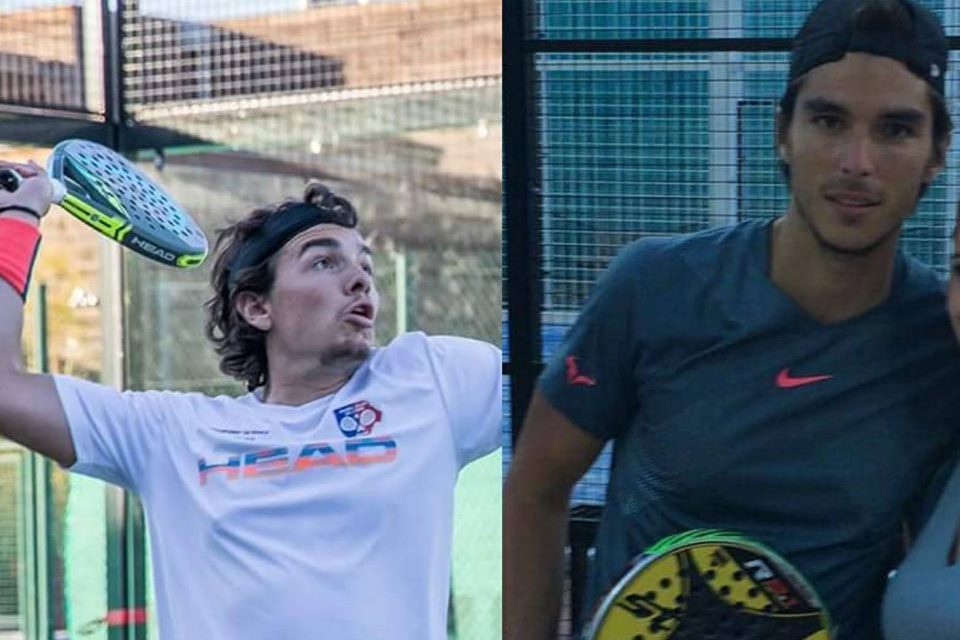 PG: With Thib, we wanted to do something during this somewhat special period… We launched ideas, and I couldn't even tell you why we went on that, but it all started with the title… (we weren't talking about that, I reassure you ahah) A word that resembles the famous French sports daily and that is in line with our page: LES PIPES seemed obvious to us. We had to pay a little more tribute to the Padel community and all the posts of thanks and training that we were going to miss. It is a great appetizer while waiting for the return of sport.

TP: Today the world of sport is completely at a standstill and I must admit that watching competition lumberjacks or flechette on team 21 didn't thrill us not too much. Suddenly we had to relaunch the page “padel for dummies”, and this daily newspaper seems to be working well for the moment.

PG: As long as the confinement is maintained, we will try to print one page per day. We are not going to lie: we have a lot of stock and files on many players… We are going to tackle everyone, and we are obviously on the tone of humor so we hope that nobody take it badly and everyone will have fun with our nonsense. But we are very happy that the first ones please. It's also adorable on your part to make us this little ITW but don't worry, we're not going to steal your job 😝

TP: Pierre has summarized everything, the objective is to be able to write a column a day and why not at the end of confinement make a newspaper a week with the news, anecdotes, some funny interviews… We don't set any limits (laughs).

PG: Day by day (laughs). For now, we have about thirty articles that are ready… We are lucky to have a little time to think about it at the moment so the next editions are likely to sting again… We will try to do a special every Saturdays (we already have ideas for next Saturday). We set up an editorial office, we have a daily “call” that must be 3 min during which we throw as much bullshit as smash in the window, so for those who know us, they know it is leaking!

TP: You know on "padel for dummies" the key word is disorganization ... Nothing is planned, not much research but ideas come and we publish them ... We try to be funny without ever being heavy ( I have to contain Pierrot a lot at this level haha). We also try to change targets regularly so that everyone can take their mouths off otherwise it's not funny.

PG: If you knew… For the moment, we have a few players that you know who give us tracks and valves on certain personalities of the padel… And these “scales” are very funny so we are going to use some jokes that they have passed on to us 😝 The "newspaper" has only three days so for the moment, we do not receive any complaints but I suspect that at one point, one of our jokes will not make people laugh and we will take a "scud" but you tell us know, it never stopped us, on the contrary!

TQ: I have some players who throw me a lot of info and files especially on tournaments where we can not be present due to lack of time or level simply. We look at all the complaints carefully to try to be even more spicy behind, it is super important to listen to its audience and to make fun even more of those who take things badly, personally I love it! (Laughs)


PG: Out of the norm… Out of the category, you mean! And in a lot of areas: money, food, relationships, melon, etc. Obviously we can't swing everything because it would rhyme with divorces, layoffs, and other bullshit 😝 But it is sure that the padel is full of talents and potential and in my opinion, when the recovery will take place by the end of November, we will have to be careful because it risks fusing on all sides and we will fall again on pearls ! We just don't want to take the lead, wait all together for this bad moment to pass and we will all be happy (or almost) to meet again, to go have a beer with our friends and to get the same jerks off by the same people than before!

TP: Obviously the number of players / players at the pickup is huge in padel! We have all styles of players but the world champion is still the one who takes himself very seriously when he is 300th French… Those I think are our favorites. Then we have the chance to get along with everyone so we can load them even more without any remorse ... That's the beauty of our job!


Find out more: Go to the page ”PADEL FOR DAMS"