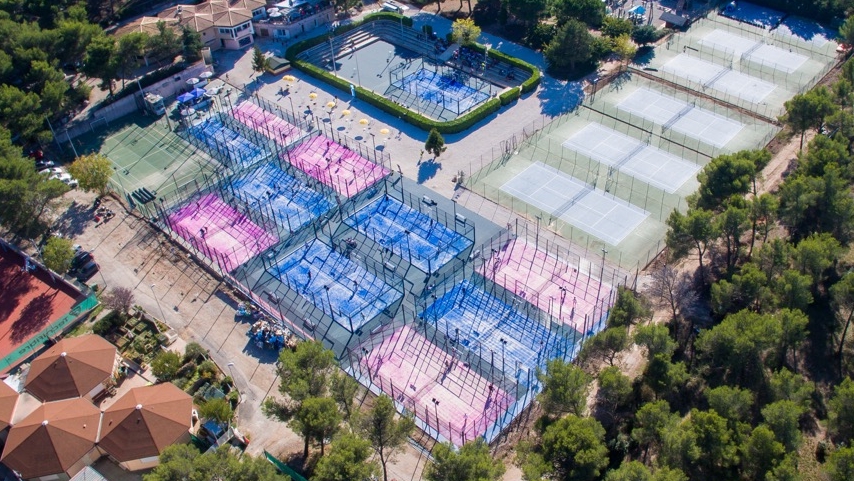 This is not a tale, nor a joke but very real: France today hosts the club WINWIN-PADEL which offers Arbois 16 golf courses padel… And not only. including 3 indoor / 2 baby padel / 2 single.

WINWIN-PADEL think big: "We want to welcome a stage of World Padel Tour. This is why we wanted not only the best manufacturers, but also to achieve a central worthy of hosting the World Padel Tour Explain the associated 6 of this huge sports complex.

The central court is located in a real small arena, where the possibilities are endless. After Monte-Carlo, Aix-en-Provence could well be a welcoming land for the padel international.

16 land and it's not finished

First, the managers of WINWIN-PADEL have not yet fully completed the padel. " There are many things to finish, starting with the locker room and many details ».

But what is more astonishing, are the possibilities of being able to put other fields of padel on this site.

First, Sébastien Caille, the president of the center announces the color: “  3 additional indoor fields could be built in 3 months »Allowing the club to padel to offer 6 indoor courts in full and 2 baby padel.

« This indoor space will be redesigned to allow for a second lounge area in the club "Yannick Viudes, one of the partners in the concept, also tells us.

This pilot club located in a very dynamic PACA region on all levels will certainly be closely observed by many actors and project leaders around the padel.

490 € / year to play unlimited all year round. At this price, it is clearly interesting for the players. All the more so as the club has set up an American-style sponsorship system allowing the member to have a card fully reimbursed after 5 sponsorships. The sponsorship surplus falls into the pockets of the member. What else?

A very proactive and totally innovative policy in this sector.

WINWIN-PADEL, it is therefore also " a concept ”Which aims to create a sporting activity in France around a DNA comprising sport, the web and a multi-level-marketing (MLM) development mode. Does that remind you of something, the sponsorship system that is sometimes called the pyramid model? WINWIN-PADEL adapted it to padel and at the sports club.

The principle of MLM is therefore to replace the costs linked to communication by the vector of word of mouth: " Our affiliates users become our paid ambassadors ».

WINWIN-PADEL will combine the mechanics of MLM with the development of PADEL in France via an electronic platform: www.winwin-padel.com

The proceeds will come from subscribers' subscriptions and their purchase of products through the E-SHOP that will be set up soon by the club.

1500 2000 people were present on the inaugural day of 10 last October. If at Aix the weather is rather mild, it was even more so this time.

Not far from 400 people also present during the particularly successful inaugural evening with on one side a very good music group and on the other down on the central ground the inauguration of the 4 professionals of padel :