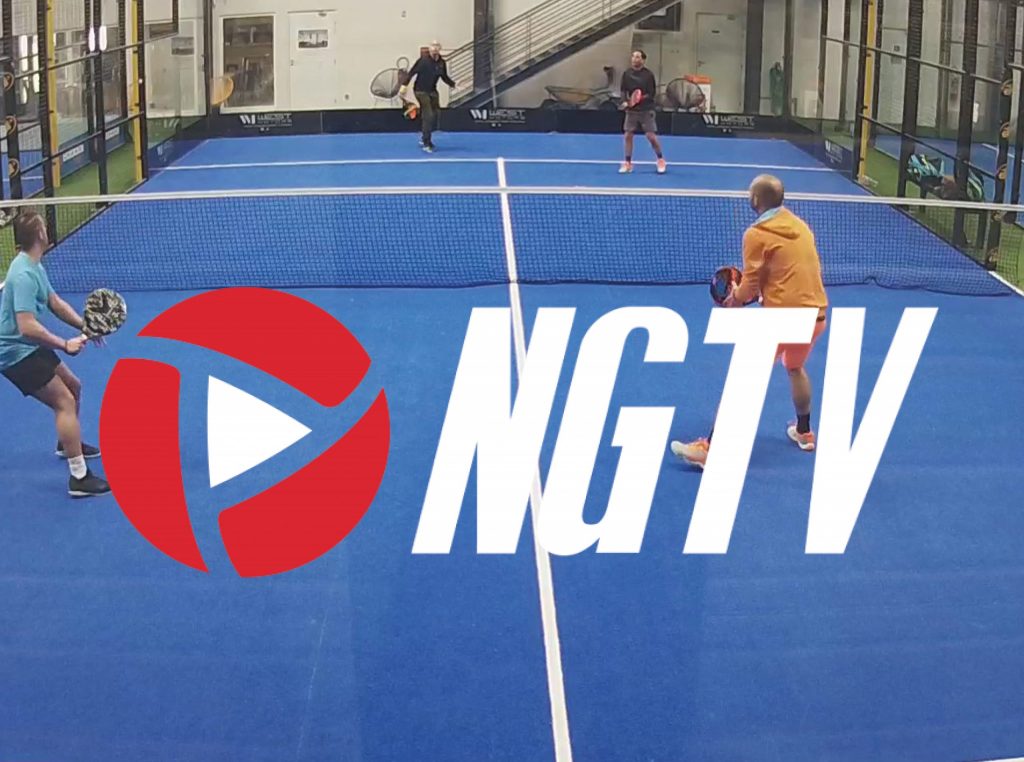 After celebrating his 250st land installed, NGTV has been preparing for export for several months now. Already present in Spain, the United States and Belgium, the company aims to establish itself in the United Kingdom and in Sweden, in particular by offering technologies in autonomous installation to its customers.

NGTV has also strengthened its team with now nearly 45 people in Lyon, Paris, Stockholm, London and Madrid, ready to support clients who place their trust in them in the “gamification” of sport.
In 2021, they are already close to 375 euros invested at the service of the sport experience and more precisely of the padel.

With a community of over 300 players, NGTV never stops thinking of solutions that meet their needs. The idea is to always keep a mix of fun and performance, accessible anywhere and anytime.

The year 2021 is therefore the year of the launch many projects! 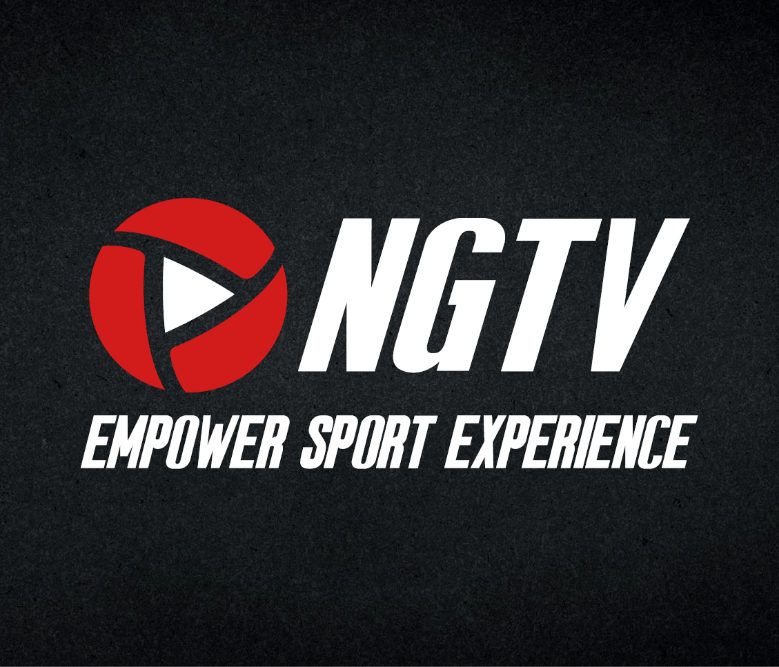 NGTV has decided to take advantage of these periods of cessation of sport to rethink its image with the development of a new, more international slogan: EMPOWER SPORT EXPERIENCE.

This redesign project will also be accompanied by the arrival of a new website integrating thought-out tools 100% managers (Simplified community management, access to their databases, simplified mailings, etc.).

Finally, NGTV coming soon to mobile, enough to further improve the player experience with 25 new features, for even more sharing, fun and visibility for the center.

Release of the NGTV GLASS 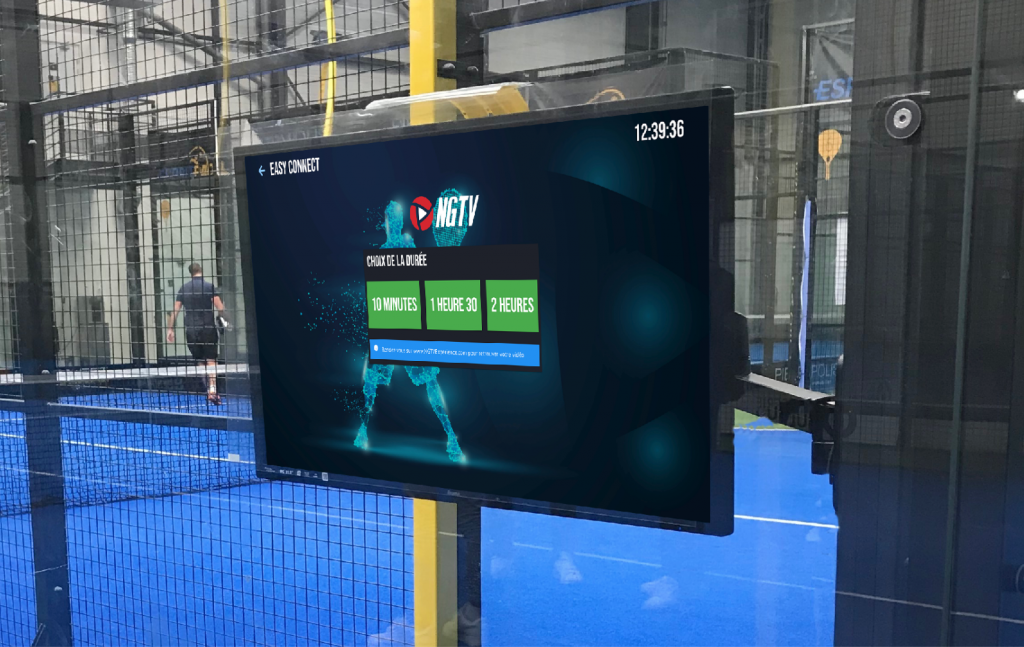 We have some recently spoken, NGTV announced the release of a patented innovation dedicated to padel (n ° EP21305177)

They started from the following observation: lGamers are tired of carrying ever more restrictive wireless technologies. Thus, the system was designed with a 32-inch screen, located behind the glass of the court. From inside the field, the players interact with the glass like a touch screen and access a set of features: scoring, live broadcasting, tag of the best moments… without impacting their practice! 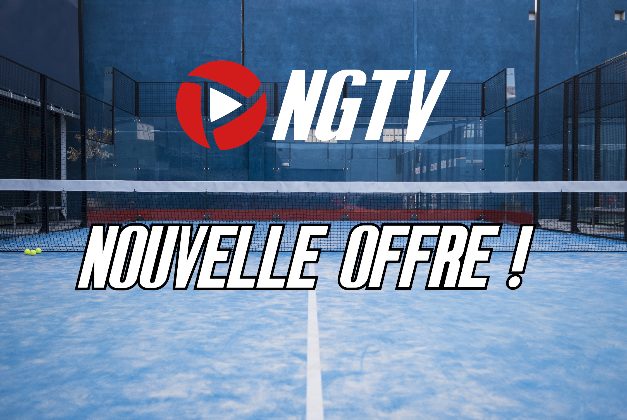 NGTV has recently created for the Spanish and French markets the special offer World Padel Tour with big functional surprises to come. More info in the coming weeks ... 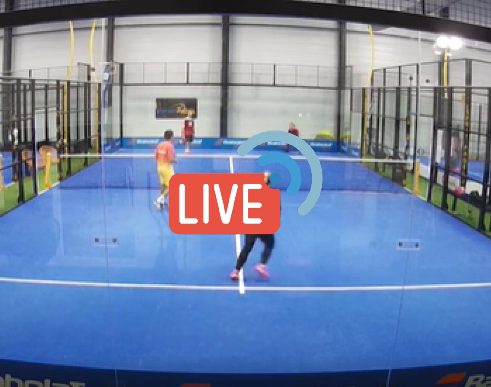 An automated launch and management in 3 clicks, simple and fun tools?
NGTV did it and this week is celebrating its 2 000st match streaming on Youtube, Facebook and Twitch!

As you can see, in 2021, NGTV intends to confirm its position as a leader in video technologies at the service of padel while remaining attentive to the needs of the players involved in its expansion!

Other novelties are coming very soon, notably with the arrival of statistics in the padel. NGTV is looking for partner centers throughout France, do not hesitate to contact them if you are interested!

To make sure you don't miss anything, find NGTV on their Facebook pages (https://www.facebook.com/NGTVExperience) and LinkedIn (https://www.linkedin.com/company/ngtv-experience/)