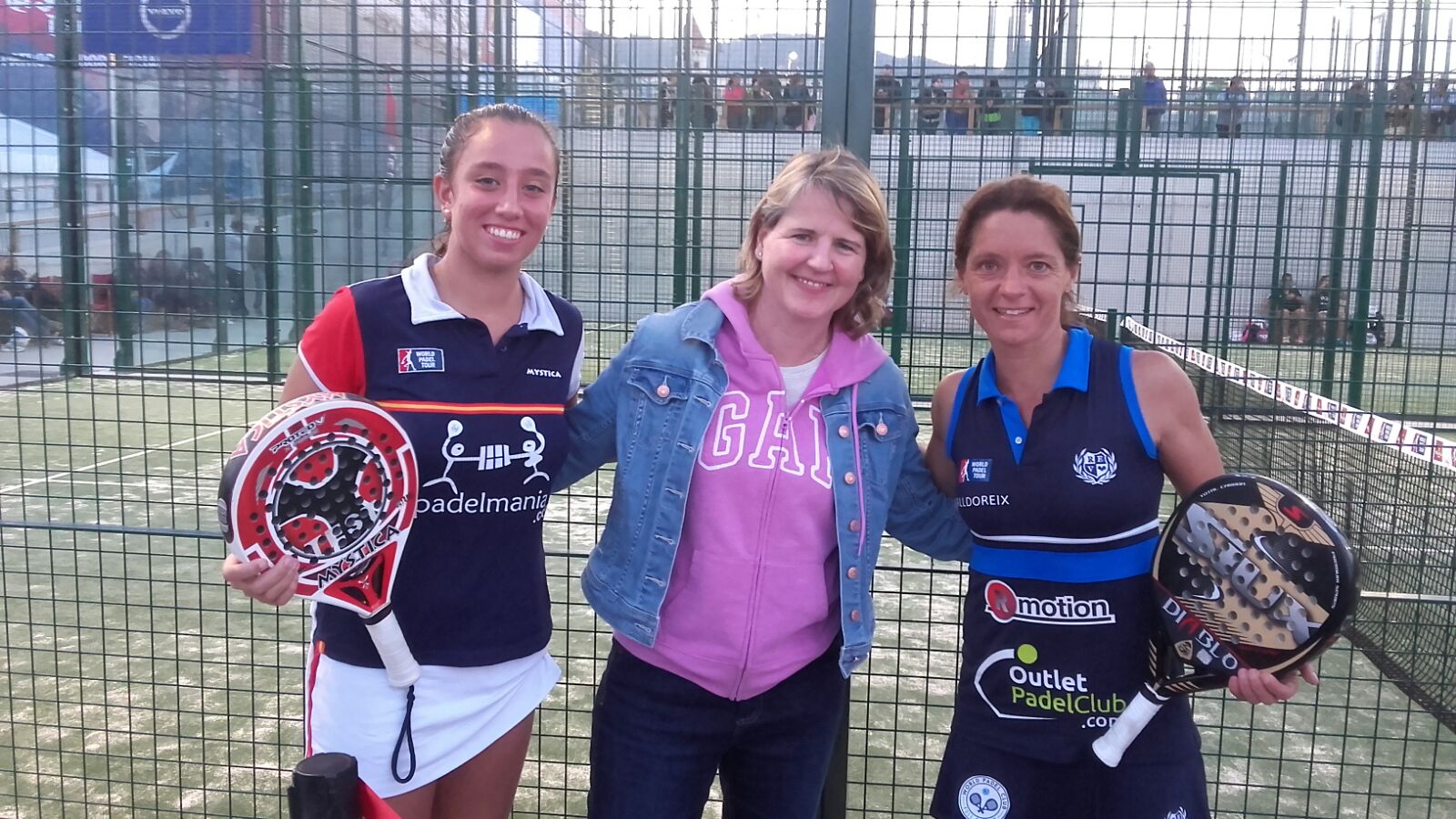 Interview realized the 5 Mai 2016, at the Real Polo Club of Barcelona during the World Padel Tour after their victory in the first round in 16e final and before their match against Marrero / Salazar.

Paula and Bea are the unpublished pair of this year's 2016 on the professional circuit.

Bea is a young 14 cadet from Malaga and Paula, at 42 years, is a huge padel champion with 8 world champion titles (3 in open tournament and 5 with Argentina selection). On the court, Bea plays to the left of Paula.

PM: Can you introduce yourself?
Bea: I am 14 years old and last year we became Junior world padel champions with the Spanish selection and I won three Spanish championships (Editor's note: Bea is currently No. 1 of the Cadet rankings in Spain).

PM: When did you start playing padel?
Bea: I started playing when I was 8 because my dad was playing padel and I went with him to see him play, and one day I started to play. I started to train in a club which was in front of my house and the coach asked me to fire myself and that's how I started (Editor's note: Bea never played tennis.)

PM: Paula, when did you start playing on the professional circuit in Argentina and Spain?

Paula: In Argentina, I started playing in 1993 and on the Spanish circuit when I arrived in Spain, ie in 2002.

PM: You have a long and impressive career with a lot of titles. What is the best career moment?
Paula: Each of these moments has its positive side. Obviously when I became No. 1 in Argentina with Mariana Perez and the 5 years with Carolina Navarro where we were No. 1 or 2 worldwide. In 2004, when I won the world title with the Argentinian selection and the world open (in pairs) with Iciar Montes, also in 2006 when I won the world with Argentina and the world open with Carolina Navarro. All of these moments were the most important moments of my career.

PM: When you see Bea start on the pro circuit, does that remind you of your debut?

Paula: No, because at 14 I didn't know how to use a padel racket (laughs!), I had no idea what padel was because I started at 16. And for me padel was just a hobby.
Yes, because it makes me think a little bit about myself not at her age but when I started competing with this illusion, this desire to learn, this desire to always go higher, to learn from the best ones to get where I could get, and that has always been my goal. And Bea transmits to me this illusion, this desire to learn, and in that I recognize myself.

PM: Bea, what is your favorite player on the tour?
Bea: I always loved Carolina Navarro who is from Malaga like me, and also Marta Marrero who is also a super player.

PM: What is your training frequency? because you always go to school ..
Bea: I train in the afternoon because in the morning I am at school. I train Monday and Wednesday for 1h30 (physical training and on the court) and 1 hour on Thursday but only on the padel court.

PM: Paula and Béa, what are your impressions after your first WPT together as a team and personally?
Paula: We started at WPT Valencia where we won our first round which was not easy (Note: in 16e finals against Marcela Ferrari and Anabel Medina) and also here in Barcelona (against Ana Fernandez de Osso and Rodriguez Camacho) and taking into account that Béa lives in Malaga and I here in Barcelona, ​​(therefore more complicated to share and train together) and that these are the first WPT of Béa, it is going very well. Béa adapts very quickly to everything, which is not easy. As far as I'm concerned, I get the most out of what I do, I'm happy when I play which is my main goal for this year.

PM: And you Bea?
Bea: I didn't know much about Paula and Valencia was our first tournament. Our first game, it's true that we played it very well. I started a little nervous but it happened later. And the 2nd match (against Nela Brito and Lorena Alonso), it did not play much (Editor's note: Paula and Bea have a set ball in the tie-break of the 1st set). And it's true, that the sensations are very positive.

PM: As the players on the circuit don't know you yet, I imagine they play more on you than on Paula (“with the fridge technique”) to test you, right?
Paula: They will quickly realize that they are wrong (laughs!). No, that's normal, they think that since Bea doesn't have a lot of experience, that at some point, Bea will fail. But I think that by playing a lot on Béa, they will make her progress even faster as a player, so I am very happy that they play on my partner and like that I do not get tired! (Laughs!). And also I have to learn to play without receiving balls, which I cannot do because I have always received a lot of balls (during my career). But for Béa it will be a personal development to know how to manage a game, how to bear the pressure and she does it super well!

PM: Bea, what is it like to receive the majority of the balls and have the pressure of the game on you?
Bea: I prefer to play all balls than none. It gets me into the game and I play better. And I resist as best I can!

PM: What is your goal this year as a team?
Paula: First of all, have fun and enjoy on the court which is the main objective. Having fun because Béa begins her career when I finish it, so we are at different times in our career. And precisely, what one needs brings him the other player. Freshness, illusion, envy, dynamism, energy on one side for Béa and me, my experience, and to transmit to her a little all these years of competition. We do not put any objective in terms of result if not a development objective as a team, to have fun and me to get the best out of Béa and Béa the best out of me.

PM: Paula, what do you think of a 14 year old player who starts on the pro circuit?
Paula: On the WPT, you can start playing if you are 14 and have determined junior rankings. Not just anyone can start like this on the circuit. Yes, it surprised me to see that Bea with his 14 years would already be so mature and adapt so quickly to the professional circuit where the best players in the world are! It is not easy not only physically and technically but also mentally! I see that it is not easy to play against the best but also to play alongside me. I try to manage it as well as possible…. I remember when I started alongside Adriana Costagliola (Editor's note: great Argentinian padel champion in the 90s), my legs were trembling from playing alongside him… But Béa is very mature for his age important and she is demonstrating it.

PM: Bea, can Paula be described in a few words?
Paula: I have to go? (Laughs!)
Bea: She is pretty, nice ... (laughs!) ... It is true that she helps me a lot, she makes me smile on and off the court. She helps me in difficult times, she encourages me when we lose, when we win ...

PM: Same question for you Paula about Bea? What does Bea bring you?
Paula: He is a super receptive person, with the desire to improve, to move forward, to bring to the team, she understands that it is a sport for two, which is important. That it is important to be in good agreement with each other on the court, for me it is fundamental, because I had a fairly negative experience last year that I lived very badly (Note: with Gemma Triay his previous partner). To be on the court and to feel that we are a team and that we want to go in the same direction, that we laugh, suffer together, that we support each other, if one needs the other, it is fundamental. And with 14 years, Béa has already understood all this, and it's super important.

PM: Can you confirm to us Paula that it is difficult for a professional sportsman to make the decision to stop his career?
Paula: It's true that I've wanted to stop my career for several times, but they don't let me do it (laughs!)… Already last year I wanted to stop, but since the results were very good (Note: with Gemma Triay, Paula had obtained the following results in 2015: 2 final semis in WPT, participation in the final master of the WPT by finishing in the 6 best pairs of the circuit and 9 victories on the Catalan circuit). But from an interior / personal point of view, 2015 was very bad and my career did not deserve to end with this sadness. Thanks to Carolina Navarro, I got to know Béa and the best decision is to be able to continue enjoying the padel with joy and to bring things to Béa and I hope that one day when Béa will be at the top, that 'she will remember me and the start we had together! (laughs!) and I am happy to be able to see its development for all the years that lie ahead.

PM: Bea, how do you see yourself in 5 years?
Bea: In 5 years I'll be 19… I hope everything is going well with the padel and that I will continue to play the WPT… and if anything happens, I would like to be able to study / continue in a career ... If it's not in the padel, focus on something else.

PM: And you Paula, how do you see yourself in 5 years?
Paula: I see year by year, in 5 years, I can't tell you ... I love everything related to teaching, to transmit everything that has been experienced in more than 20 years of competition and to help players at the technical, tactical level but also to know how to manage situations, because padel is much more than a “coup”. There are a lot of things to work on.

PM: Béa: do you realize that you are playing alongside Paula EY, the “legend” of padel? Or are you pinching yourself to believe it?
Bea: I'm pinching myself ... (laughs!) It was a surprise when Paula said she wanted to play with me. I try to give my best so that Paula is happy to have chosen me, and I take great pleasure in playing with her…

PM: last question for Paula. What advice would you give to Bea to reach the best level and have a long career like yours?
Paula:  The sentence that I like and which comes from Mariana Perez a friend, padel partner and trainer of the Zaragoza club. Mariana always said to me: "The final victory seems easy but it is the result of small victories which went unnoticed". And these small victories are consistency, daily work, day to day, this work which makes you arrive at the tournament in the best conditions. Whatever is going on in the tournament, continue the work with humility. Above all, work and humility to reach the highest level and continue year after year… 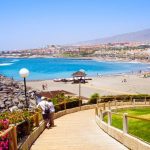 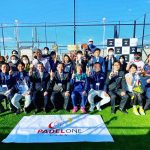 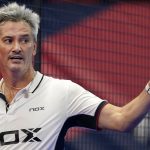