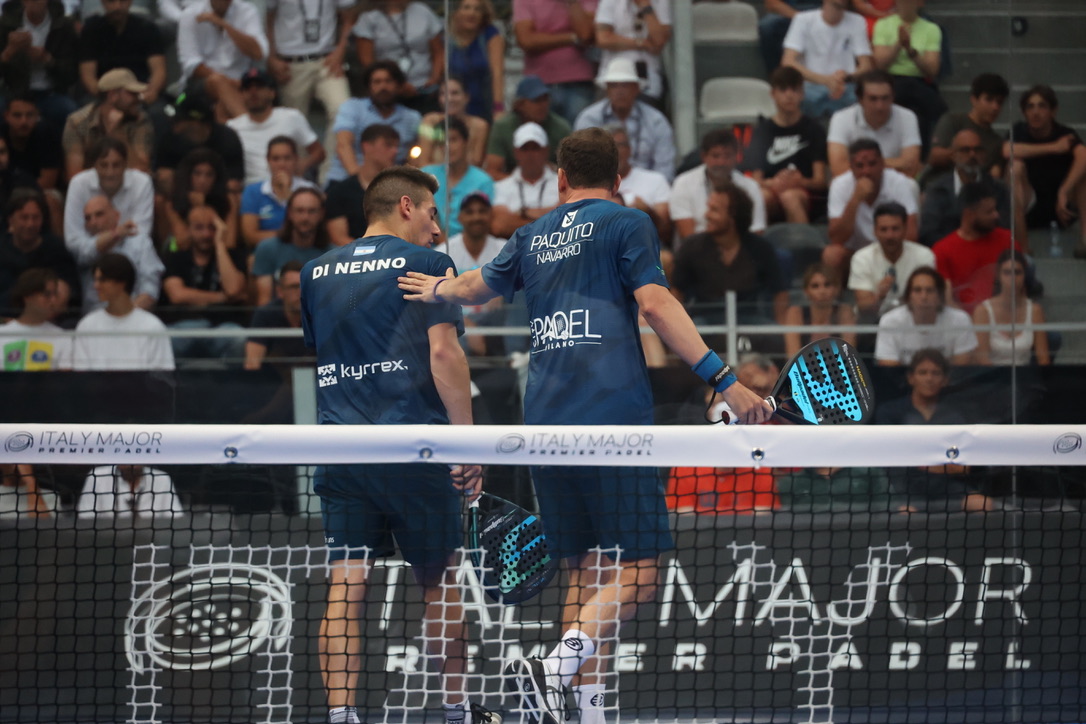 At the end of a good match between Paquito Navarro/Martin Di Nenno and Momo Gonzalez/Alex Ruiz, it was finally the number 2 seed who pocketed his ticket for the semi-finals of this Italy Major Premier Padel.

Momo Gonzalez and Alex Ruiz start the match with a bang. This pair has managed an express adaptation and it shows it with very high class points. After a comeback attempt by Paquito and Di Nenno, Gonzalez/Ruiz made another break then concluded the first set 7/5.

The Italian public who came in large numbers for these quarter-finals adore Paquito Navarro. The Andalusian thrives on encouragement to get back in the right direction and find his best level. Di Nenno made no more mistakes, and the Spanish-Argentinian pair pushed the match into the third set. 6/2

Paquito Navarro and Martin Di Nenno continued their momentum in the deciding set. But a storm interrupts the game for more than an hour.

On the way back, things have not changed. Demonstrating cold realism, the Navarro/Di Nenno duo continues its momentum. Despite attempts at “revolt” by the 100% Spanish pair, the tide is no longer turning at Foro Italico. Di Nenno and Navarro won and Rodri Ovide's players can congratulate themselves on having managed to reverse the trend in a match which seemed to be very badly off to them.