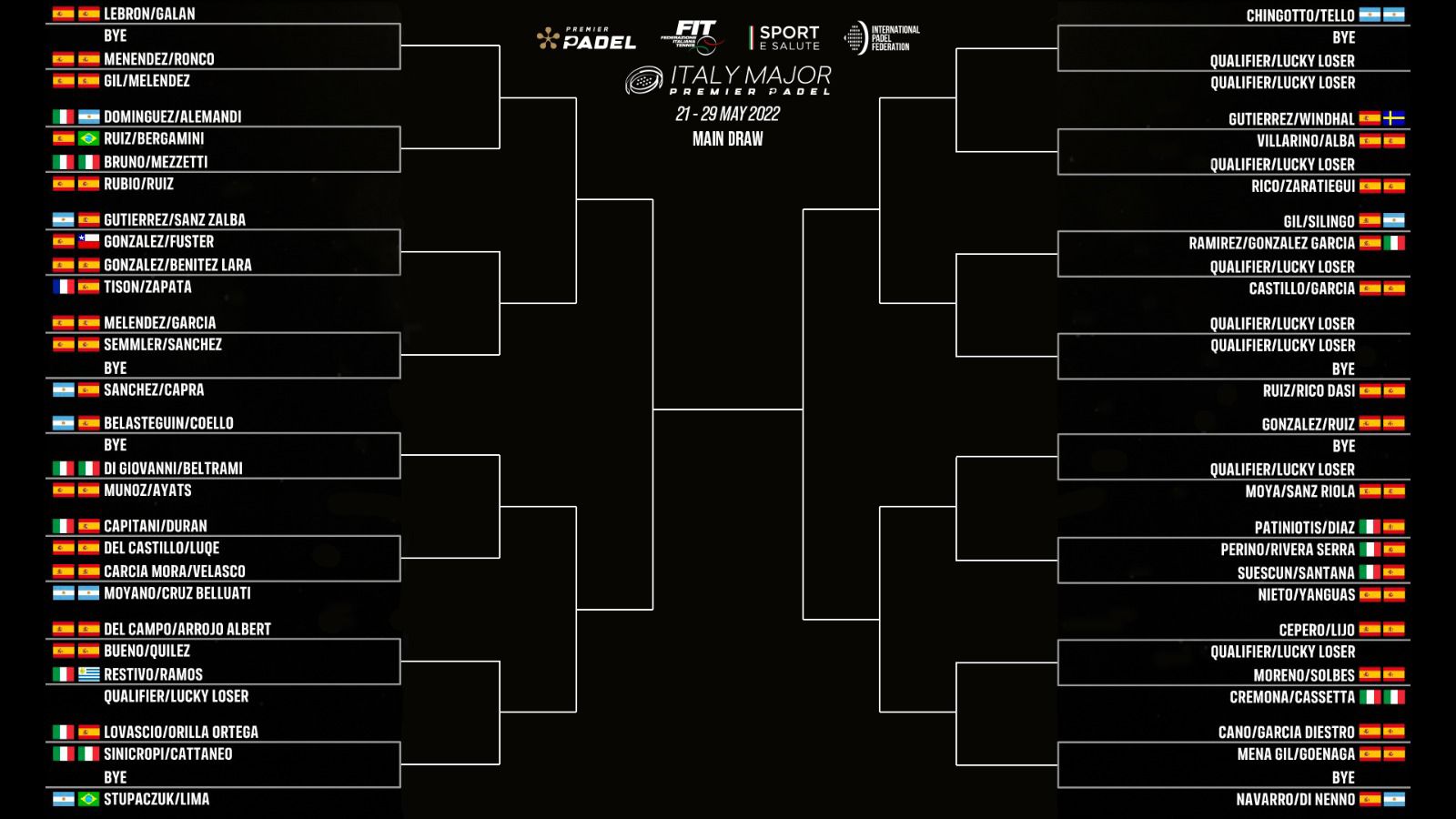 The International Federation of Padel (FIP) has published the main draw for the second stage of the professional circuit Premier Padel in Rome.

THE ITALY MAJOR PREMIER PADEL welcomes the best players in the world. And unsurprisingly, at the start, the Lebron / Galan and Di Nenno / Navarro pairs will be the favorites of this tournament at the Foro Italico.

The Spanish pair will definitely want revenge after their defeat in the final against the Spanish-Argentinian pair in Qatar.

In this main draw, we also note the many nationalities present in the first round with in particular our Franco-Spanish pair Tison / Zapata. Benjamin Tison is also the only Frenchman automatically propelled and qualified for the main draw.

Moreover, we have never seen so many Italians in a main draw of this level with 16 transalpine at the start including 4 100% Italian pairs.