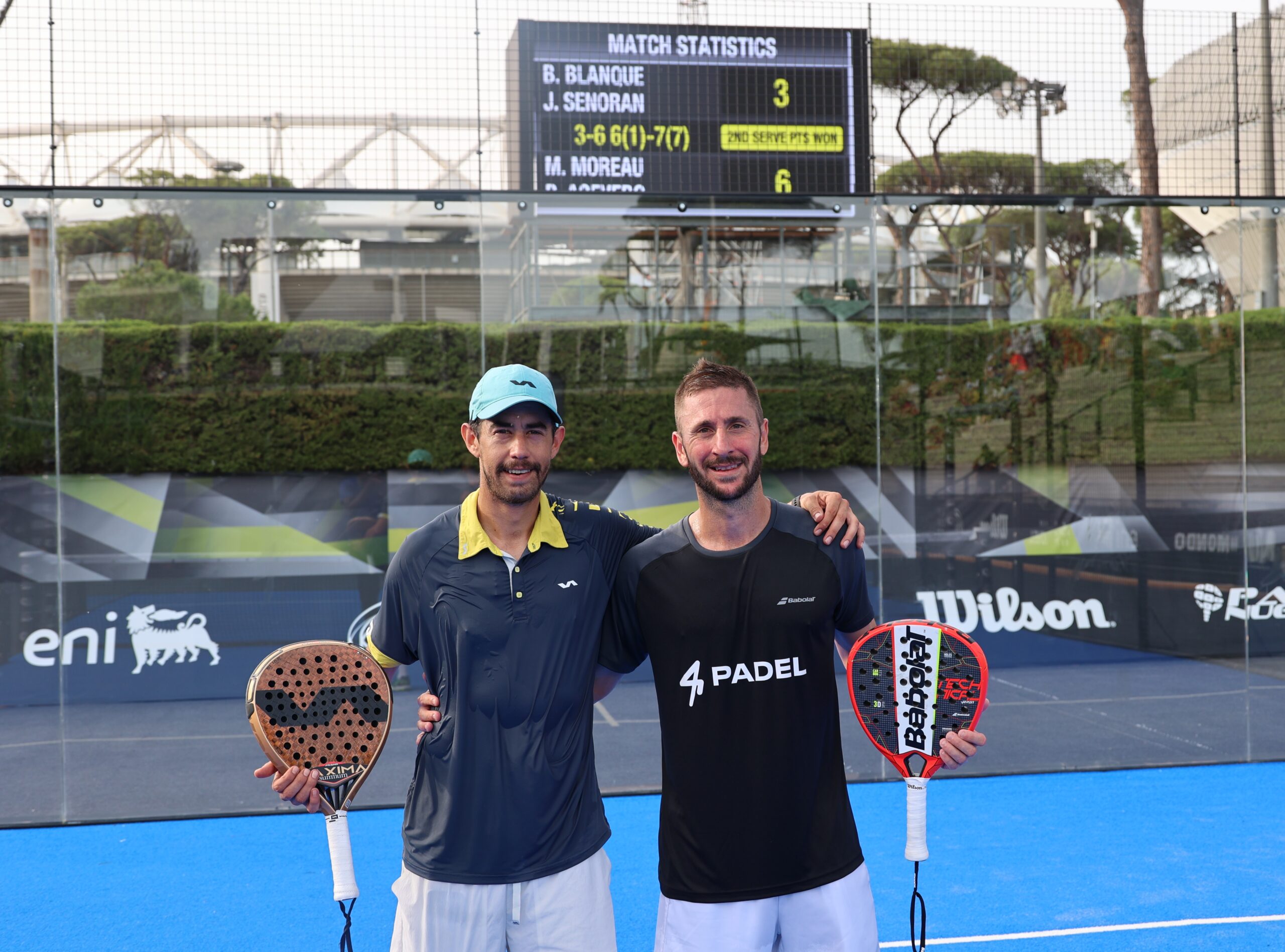 Victory of Max Moreau and Pablo Acevedo against Bastien Blanqué and Jorge Señoran in 2 sets, with the score of 6-3 7-6 (7-1 in the tie-break). Moreau and Acevedo spin in the last qualifying round of this Italy Major Premier Padel.

The long-awaited match gave us its verdict. Bastien Blanque declared at the microphone of Padel Magazine “that he knew very well the weaknesses of his opponents of the day”. Yes, but they too certainly knew his own and those of his partner, and it was finally Moreau and Acevedo who had the last word. Hooked, this match could surely have swung to one side or the other, but at each important moment, the scales tipped on the side of the Moreau / Acevedo pair. This was particularly the case in the second act which was played on a tie-break and which the Franco-Mexican pair knew how to manage to perfection to win the set, and therefore the final victory.