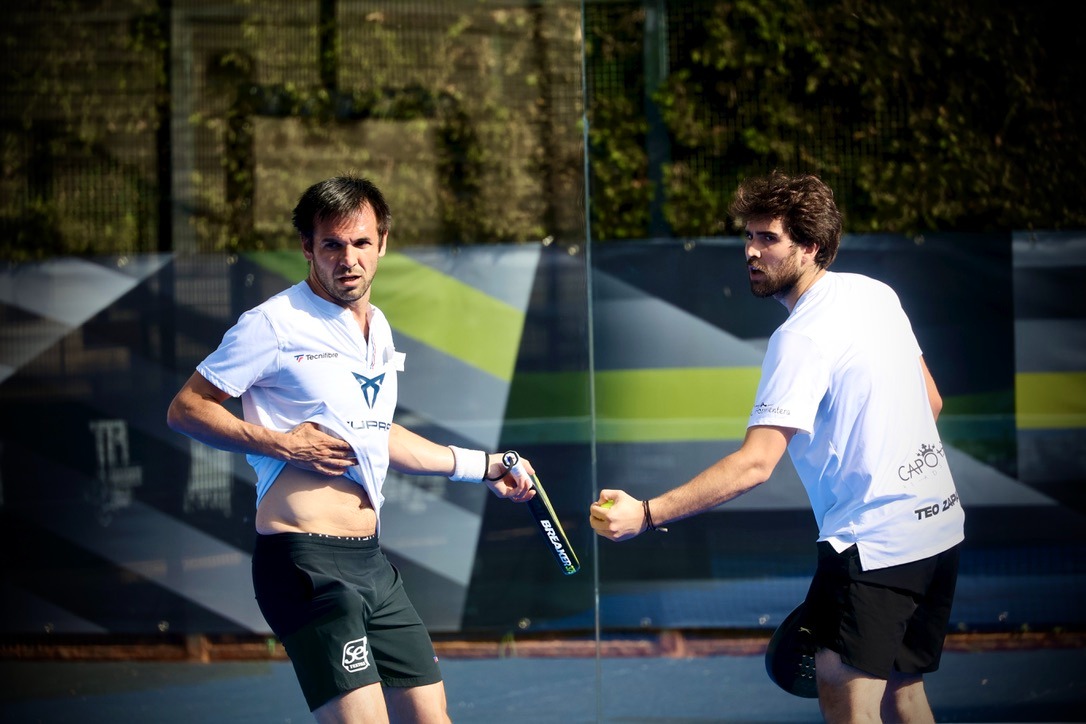 Benjamin Tison and Teo Zapata lose in the first round of the Italy Major Premier Padel. The Franco-Spanish pair was dominated by Spaniards Miguel Benitez and Jose Luis Gonzalez.

In the Roman heat, the encounter got off to a flying start, with both pairs taking advantage of the very fast conditions to send winning spikes. If they seemed dominant in the games, Benjamin and Teo never managed to take the service of their opponents in the first set, the latter managing delicate situations perfectly. It therefore took a tie-break to decide between the two pairs, and in this little game it was the Spaniards who were the most solid.

Very affected by the loss of the first round, Teo and Ben started the second act very badly, conceding a double break which put their heads even more under water. But well pushed by the public, the tricolor and his partner were able to get back into the game. Unfortunately, they were only able to recover one of the two breaks conceded at the start of the set, Benitez and Gonzalez leaving almost every time winning points when they were in difficulty. Final score: 7/6 6/4.

Jérémy Scatena is therefore now the only tricolor still in contention in Rome. The Frenchman will play tomorrow in the main draw with Sergio Icardo. For the moment the opponents of the Franco-Spanish pair are not yet known, we will let you know when Premier Padel will proceed to the drawing of lots. The meeting will be visible on the YouTube channel of Premier Padel.