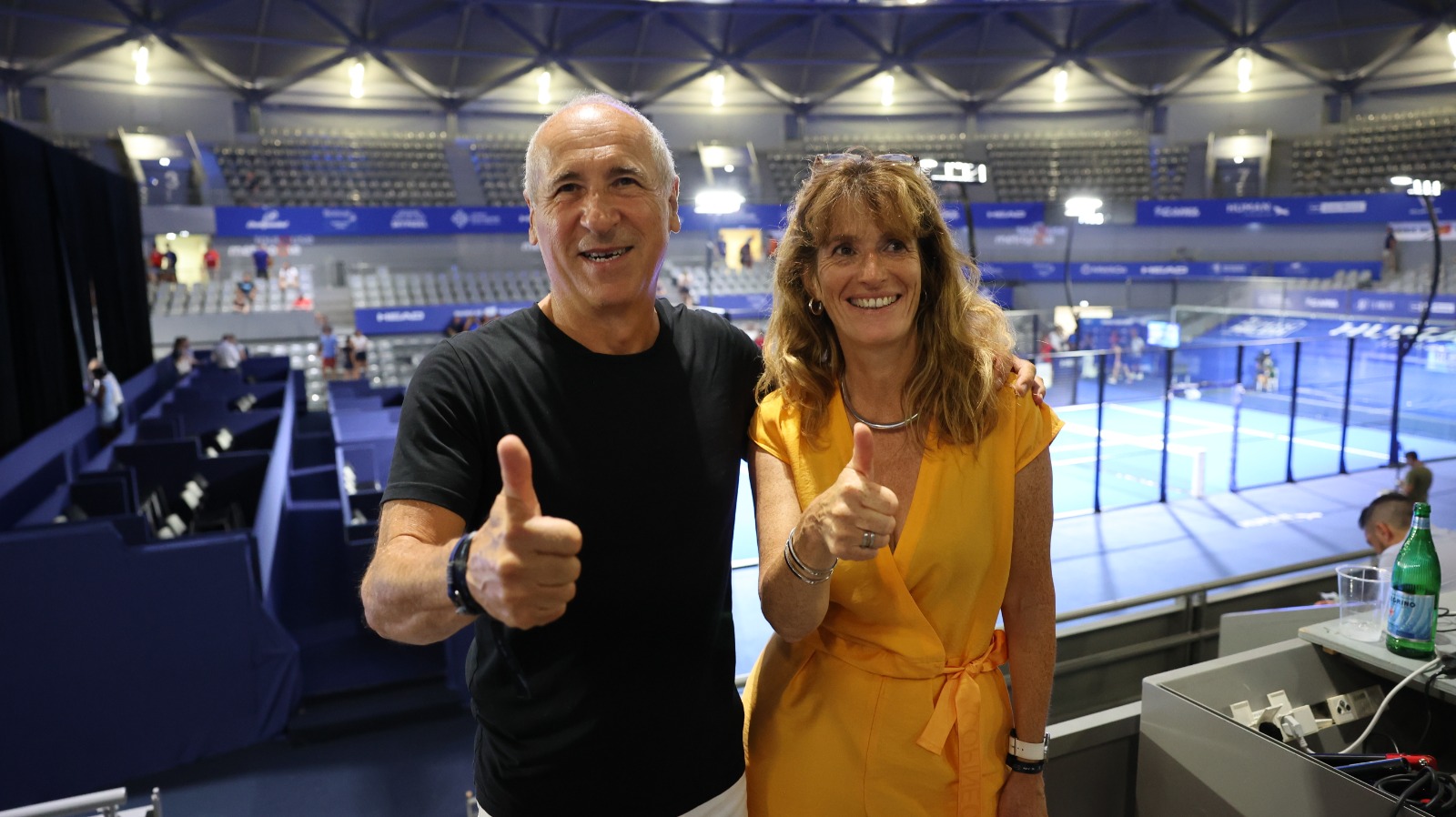 During the game between Fernando Belasteguin - Arturo Coello and our French Johan Bergeron and Thomas Leygue, it was the parents of the latter who, perched at the top of the bleachers, took part in the question-and-answer games.

Jean Michel and Véronique Leygue confided in Thomas, his complicated beginnings in Spain, the support they give him despite the distance.

“Glad to see him play”

Jean-Michel Leygue "For this match no there is not too much tension because there was a so big difference between the two teams that they had no chance of winning. But we are of course happy to have seen him play, to see him have fun and above all that he had the opportunity to play against the legend Belasteguin. Especially since he doesn't have many years left either. I had a lot of fun for him.

It is a distant support that we bring him since he is installed in Madrid. He calls us when he has a few blues and we talk to him to help him as best we can.

“A complicated arrival in Spain”

We try to advise him as well as possible and provide him with all the necessary support. The arrival in Spain was very difficult because he was all alone, 18 years old and spoke very little Spanish. He didn't have a partner either and immediately after there was the Covid-19. It was a difficult start. The reassuring words we were able to say to him are “we believe in you” and “take your time, don't put pressure on yourself”. When he was younger, of course he had less maturity so we put a little more pressure with our presence. Today is different.

For a Frenchman, finding a partner is complicated because even if Thomas already had a good level, he came without any points so no one wanted to play with him at the start. The Spaniards weren't very cool at first.

Veronique Leygue "Thomas is very mature and has managed to take a step back from the situation. "

Jean-Michel Leygue "He really wanted to make the world championships and during a final against Benjamin Tison and Johan Bergeron he tore his abdominals. Hard blow for him he was at the bottom of the hole. Many people helped him, including us and Alexis Salles. And his super physio managed to treat him in time to be able to participate in the worlds”.

Veronique Leygue "This year he has the chance to be in a real team with Matias Diaz who trains him. It's a great team that follows him, supports him and we can see that he has made a lot of progress.".