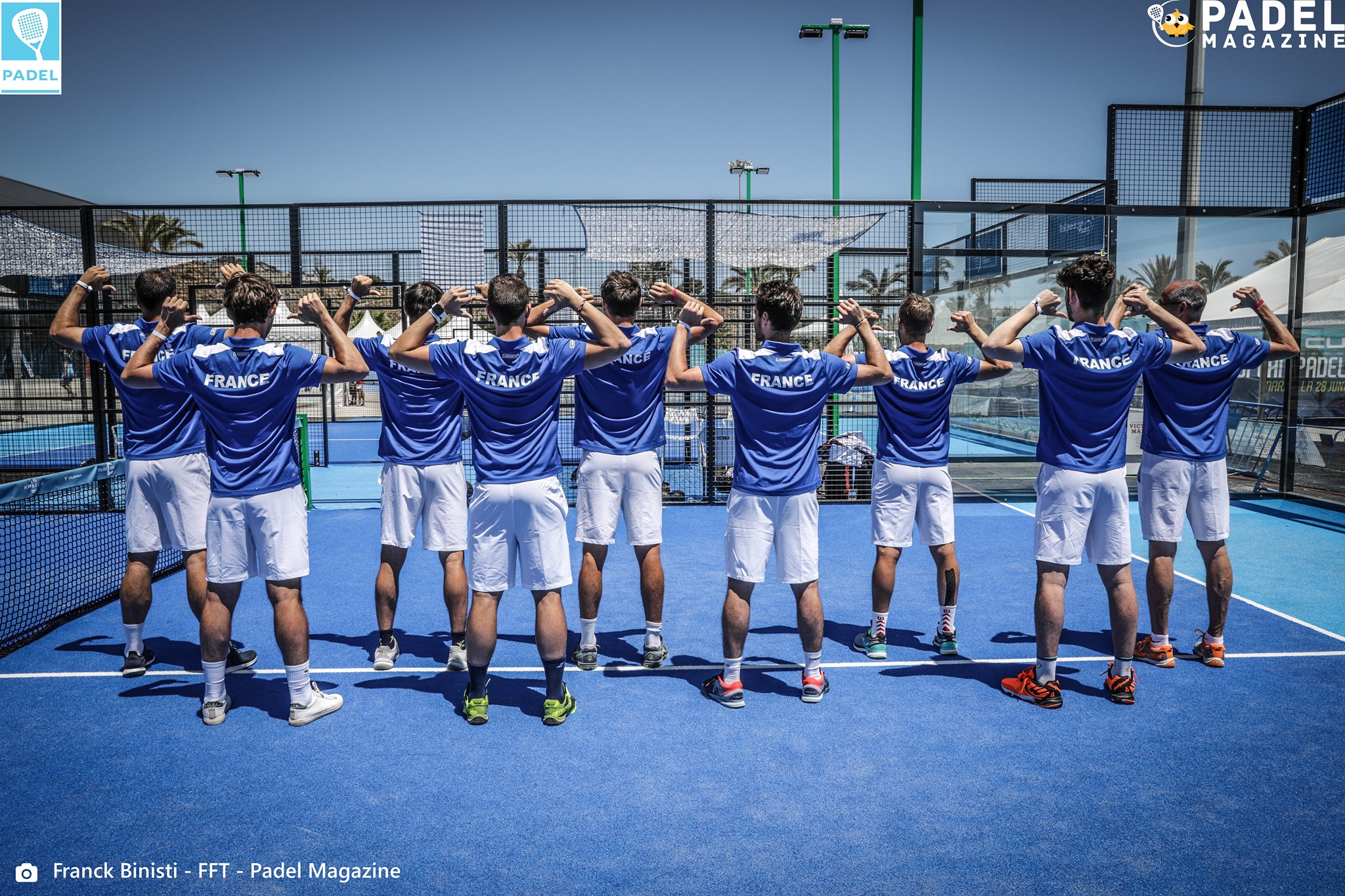 The Open of the 12th European Championships started this morning for the 8 French pairs and the least we can say is that they did well.

Difficult to do better than the three victories out of four meetings won by our French. Indeed, opposed to Lucia Sainz and Bea Gonzalez, Mai Vo and Amélie Detriviere could not hope for much.

The other three pairs, Collombon / Godallier, Martin / Barsotti, and Soubrie / Vandaele ensured with straight set wins against their opponents.

For the French, rest this afternoon before the 1 / 16th of the Open tomorrow morning and the team meeting against Sweden tomorrow afternoon.

Three victories out of four possible also for men. After two straight sets wins for Blanqué / Leygue and Bergeron / Tison, Scatena and Inzerillo came up against the Spaniards Jinemenez Escobar and Gonzalez Blanco. Finally, Maigret and Peyrou were solid to win in straight sets against the Belgians Crasson and Peeters.

The French will not have too much time to breathe since they continue with the confrontation against Spain, 16h15 !

In the rest of the table

The members of the Spanish selection all won easily with 8 victories between men and women and not a lost set.

With our French-speaking friends, it's over for Monaco with defeats by Valsot / Leruste and Bensadoun / Grinda.

The Belgians still have three representatives in the running for the men: Braet / Gala, Coene / Montoisy, and Geens / Gardier; and two for girls: B. Wyckaert / Boeykens and Meys / Cuypers.