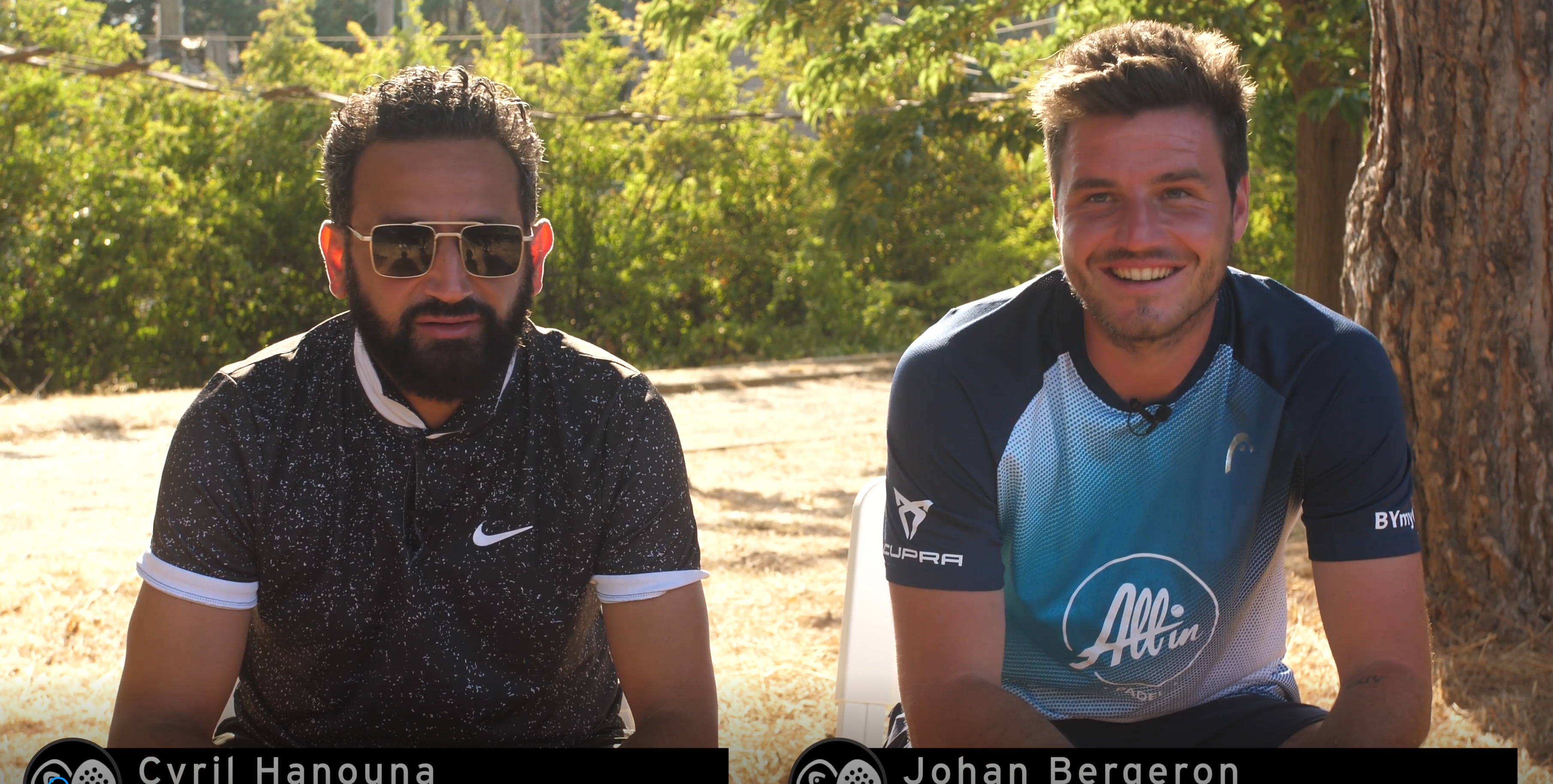 Cyril Hanouna talks about his beginnings at padel with Johan Bergeron, his love of competition and sends a little message to HEAD...

Johan Bergeron: We don't even know how we got there. We played together 3 years ago in Mougin. Cyril had just started.

Cyril Hanouna: It was my first tournament padel.

JB: So for the final stages of the Head Padel Open, I was offered to play with Cyril and I don't know who worked behind it to make it happen. And then things happened quite naturally.

CH: And since then, we haven't left each other. We've been together all the time for 8 days. We sleep together, we eat together… I'm taken from Johan.

The sting of padel

JB: You have to know that he is really pissed off padel. We had a conversation in the car that blew my mind. He was telling me about the guys in the French top 20.

CH: I know the rankings of padel French by heart. For 3 years, I have been stung, I am thoroughly. I don't stop, because there is a lot of room for improvement.

JB: I think he's a great competitor. No matter what he does for a living, when he's on the field of padel, he wants to win. I think he'd rather play badly and win than play well and lose.

CH: We come for the result, but also for the atmosphere. I find all the friends of the padel, it's funny, it does not take the head. It's all I love. I'm waiting for the racket in my name at Head. (laughs)