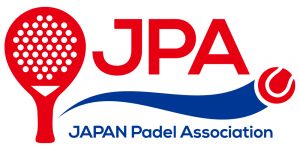 Le padel nippon is becoming one of the powers of our sport across the globe. An example of work, of interest in foreign methods to create your own identity.

Now 4 années that this sport has landed in a country where space is limited. We find clubs and tracks on the roofs of shopping malls, construction techniques prepared for the fury of the earth, and above all such a love for this sport that everything is good to pass it on to future generations.

Le president of Japan Padel Association, also president for several weeks of the Asia-Pacific Committee of the FIP, tells us about the evolution of this new sport in his country.

Difficult beginnings with investors who did not want to bet on this sport. We had to convince, show, bring in champions so that projects emerge from the ground. After a few months, le padel pleases as long as it appears even in some universities.

Today the padel in Japan, after only 4 years, there are 27 tracks in 14 clubs for a total of 500 licensed players and 15 occasional / leisure players.

A painstaking job for this part of the world where a lot of things have to be imported. It takes time, we know how to take it to do things well, in order and discipline.