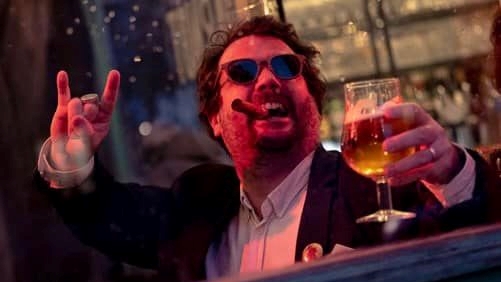 "That's my analysis!” It is with his famous gimmick that Jason Chicandier concludes his tribute to padel on his social networks.

The 43-year-old comedian returned with the humor that characterizes him so well about his vision of this sport. And as always, it's hilarious!

"That's it, I found my sport: Padel ! You play with 3 pot-bellied guys who used to play a lot of tennis. You're sawing ham, the goal is to find the most bastard angle possible and insult each other! Of course insulting each other! Anything goes, the women, the kids, the mistresses, the bank account, the size of the belly inversely proportional to that of the pike, it's easy, it's in bad faith, it's perfect! With each change you make yourself a beer and a good cigarette talking about buying a brazier “It's expensive but that shit looks great! » [...]

The one who made himself known thanks to his videos “addiction please" sure Youtube seems to have fallen in love with the little yellow ball but above all for the friendly atmosphere that emanates from this sport and which is no longer to be proven.

Humour, sharing and a good atmosphere characterize the padel for several years now and Jason Chicandier apparently got it right. When reading his post, one sentence struck us: “In short, I will organize a tournament soon".

To believe it, he would even be ready to organize a competition of padel very soon. This will obviously be to follow and if we are to believe the habits of Jason, who says that “on Friday we are blue, we are metal”, it will be necessary to be very careful in the choice of the date…

Glad to see theGreat” on the slopes and remember that alcohol should be consumed in moderation.