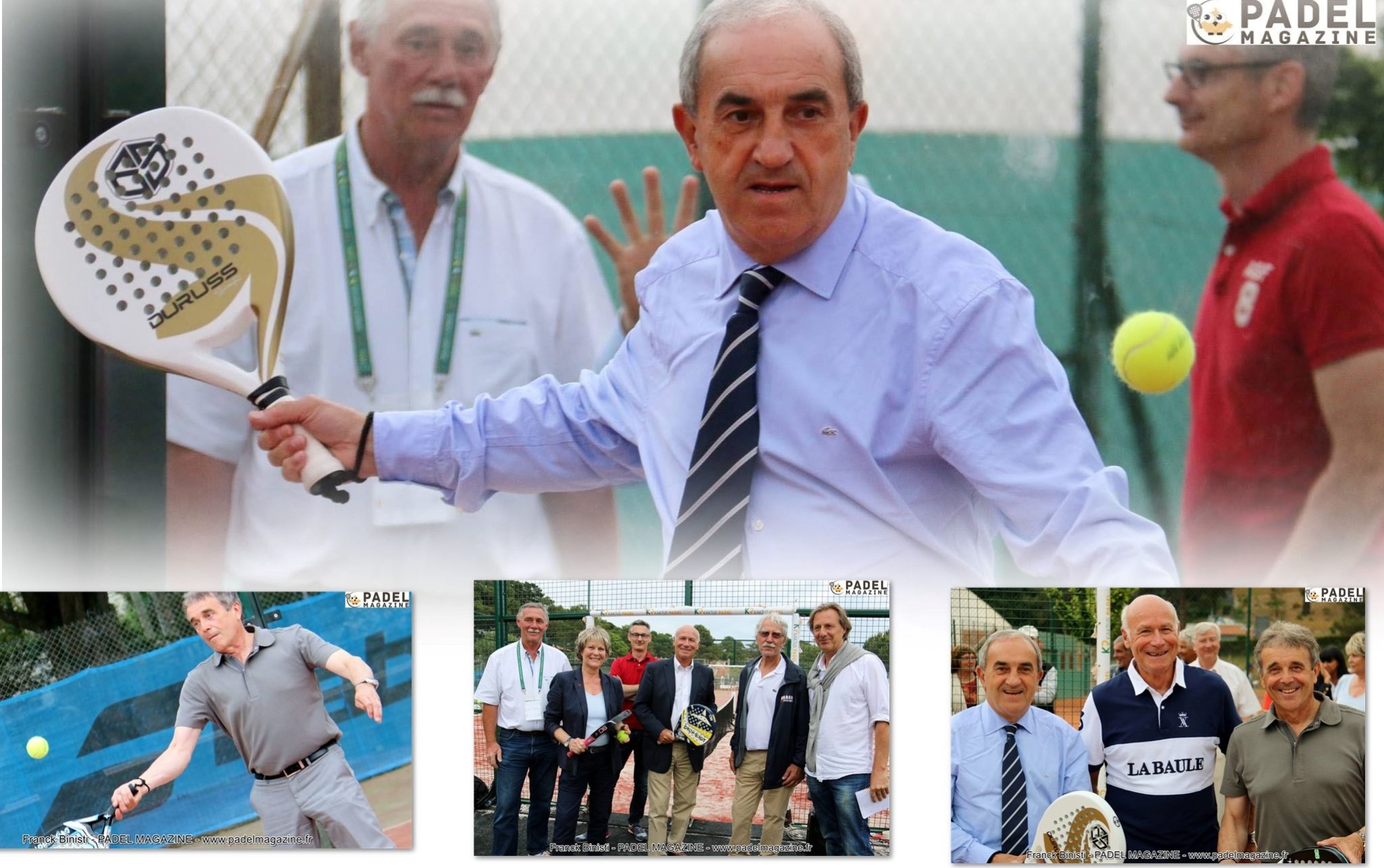 For a week now, La Baule has been the center of international veteran tennis with countries from around the world to compete in the World Veteran Tennis Championships.

The players had the good surprise to see a padel pitch for the first time. South Africa, Moldova, and many other countries have been particularly drawn to this sport, which is still unknown in their countries.

On the other hand, the Argentineans and Spaniards who came in number for the world championship of veteran tennis, particularly appreciated this ground.

Our French tennis teams were also at the rdv of this world championship and tested at the padel ... Assessment: "We are ready to make the world padel championshipsThey explain. But the time for them was tennis and not padel.

"Jean Gachassin already has the padel in him!"

The new padel center was therefore inaugurated on the weekend of June 13 and 14 at the Tennis Club of La Baule where the president of the FFT Jean Gachassin, Jean-Pierre Dartevelle the vice-president, the mayor of La Baule Yves Metaireau as well that Justien Garnier (Head of France Padel Pro) put " hand to the racket To launch this new activity in the Pays de la Loire region.

The objectives of Sporting

As explained, René Swstak TCB President and Vice President Bernard Lebrun: " this magnificent terrain is already emulated. We hope to count 2 other fields to stay in this beautiful dynamic and to be able to propose regional and national tests then ».

It must be said that this padel club is supported by a very dynamic group. Bernard Lebrun is the one by which everything starts. He says that this padel center " is a perfect complement to the club's offer and there is a risk of traffic congestion on the padel court for the summer ».

As Catherine Gallot, vice president of the Pays de la Loire league, reminds us, during the inauguration " It's a sport we really believe in and this padel club at sporting is a great flag holder for the padel ».

The padel club of Valladolid has already taken appointment with French teams in September. It promises.