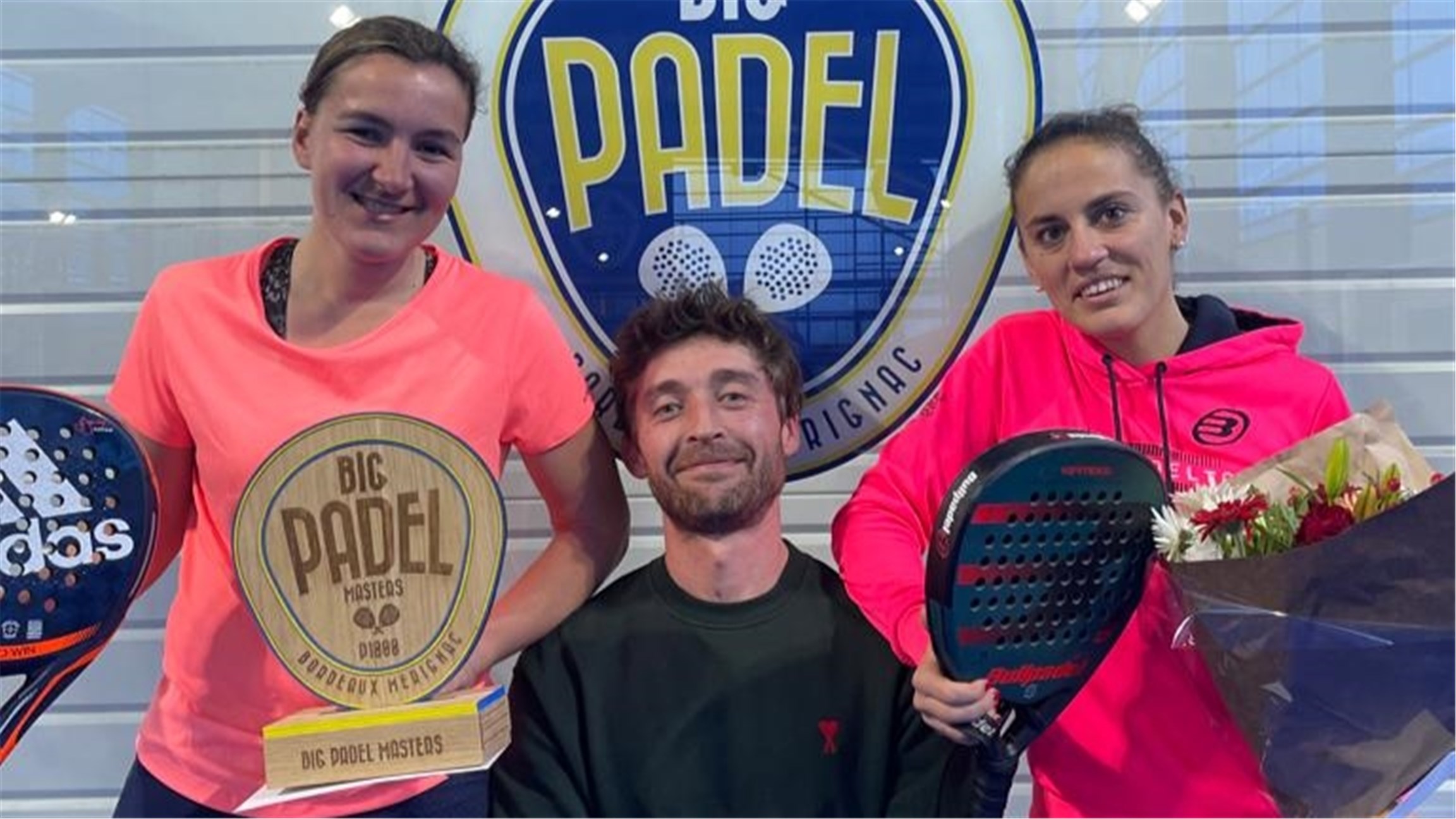 Padel Magazine : How to summarize this tournament in a few words ?

“It was a 100% female tournament. We tried to model the organization on that of the men's tournament in December. For the development of padel women we tried to organize a tournament for the French elite exclusively for women and that it be their own tournament. I believe, to see the smiles, and the returns of the players, that we were unanimous. It's great for them, we're very happy.”

Padel Magazine : How did you come up with this idea of ​​wanting to honor the best French players?

We decided with the Big Padel to try the bet. In view of the registrations, with more than thirty teams, the majority of which are players from the French elite, I think it is a success. This tournament is positive for the development of the padel female."

Padel Magazine : There had already been 100% female tournaments before, were you inspired by them?

“I know that there have been a few ladies' tournaments that have been organized and I'm sure they have been very well organised, but that's quite rare. This tournament was organized under the same conditions as the men with a slightly larger prize money for the winners. We also offered ball changes, the physiotherapist was on site all weekend, window washing during matches, a nice evening on Saturday evening and then the little touches that make the difference, I think it's important . There is a win-win partnership for the club but above all also for the players who invest a lot. I salute all the other clubs who were at the initiative of this kind of project before us.

Padel Magazine : Could this tournament become a fixture on the calendar?

“I had the ambition, a few months ago, to organize a very big international tournament at this same period by increasing the prize money. In the end, the idea didn't materialize and we stayed with the organization of a p1000 women. What is certain is that, given the enthusiasm of the players, the feedback we have had, this tournament will be there every year at the same time. At the beginning of the year, the month of February is not bad because the season has not yet fully started. I hope that for the development of padel feminine, they will all be present next year.”

Padel Magazine : There was a very nice ladies field and can you give us a summary of the tournament from a sporting point of view?

“The pair that surprised everyone was the pair Mai Vo and Manon Garcia who crossed the board. In the 1/8th finals, they won in straight sets against Lucile Pothier and Wendy Barsotti who missed out on their match a little, but they offered a great padel. Then there was a big semi-final against Amélie Detrivière and Tiffany Phaysouphanh. I take my hat off to them because they are new players arriving and the padel feminine has a bright future ahead of it with these new competitors. Finally, a super final against Élodie Invernon and Charlotte Soubrie who have assumed their status as favorites.