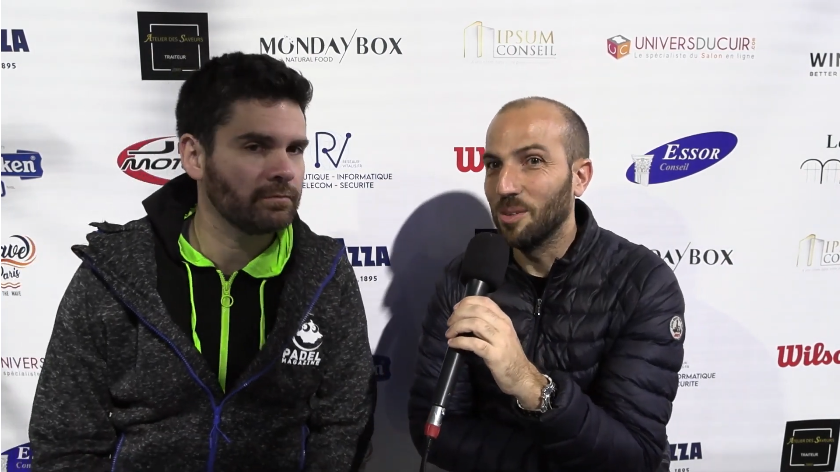 After Alix Collombon, Robin Haziza or even Eric Largeron, the actors of padel French took turns at the microphone of Padel Magazine during the P2000 of Padel Horizon a few days ago.

Jeremy ritz was also part of it.

No need to introduce him, commentator of the padel on beIN Sports, current French number 30, the one who is in charge of Relations with the French Tennis Federation in the players' association padel French definitely has several strings to its bow.

During this discussion with us, he returned to the role of the players' association padel French but also on its news, and gives us its opinion on the P2000 of Padel Horizon.

“A win/win partner relationship with the FFT”

"We created a few months ago the association of players of padel French. Benjamin Tison is the president and I had the chance to be appointed in charge of Relations with the French Tennis Federation. We have regular meetings where we discuss different points that come to us from players participating in various tournaments.

We try to adopt an advisory role towards the FFT to improve the conditions of players in competitions. You could say that I act as a buffer between the players and Arnaud Di Pasquale, Stephane Berrafato or even Eric Largeron. We are in a relationship of partners whose goal is to be win/win”.

“Today we have assembled a committee of people who will be stakeholders in the development of the association. Several different types of profiles are represented. Some come from the youth circuit, others from padel women's or the elite circuit. We try to scan all topics. This is the role of the management committee. Now we have decided to make it possible to acquire a membership fee to become a member of the association. The aim is to offer the possibility to the members to participate in the meetings.

Many things are currently being put in place, such as promotional offers with partners or events reserved exclusively for members of the association. We would like players from all walks of life to join us to grow this structure and above all to report important information.

The idea would be to have a place to centralize all the information and to send it back in the most efficient way possible to the French Tennis Federation”.

“It is very pleasant to be here at Padel Horizon. The club is really hot with pitches that look of great quality. We are already witnessing crazy matches and we are only in the qualifying phase. The level is super high and I think we're going to see lots of great matches. Everything is in place to have a great weekend”.

The full interview is available below: