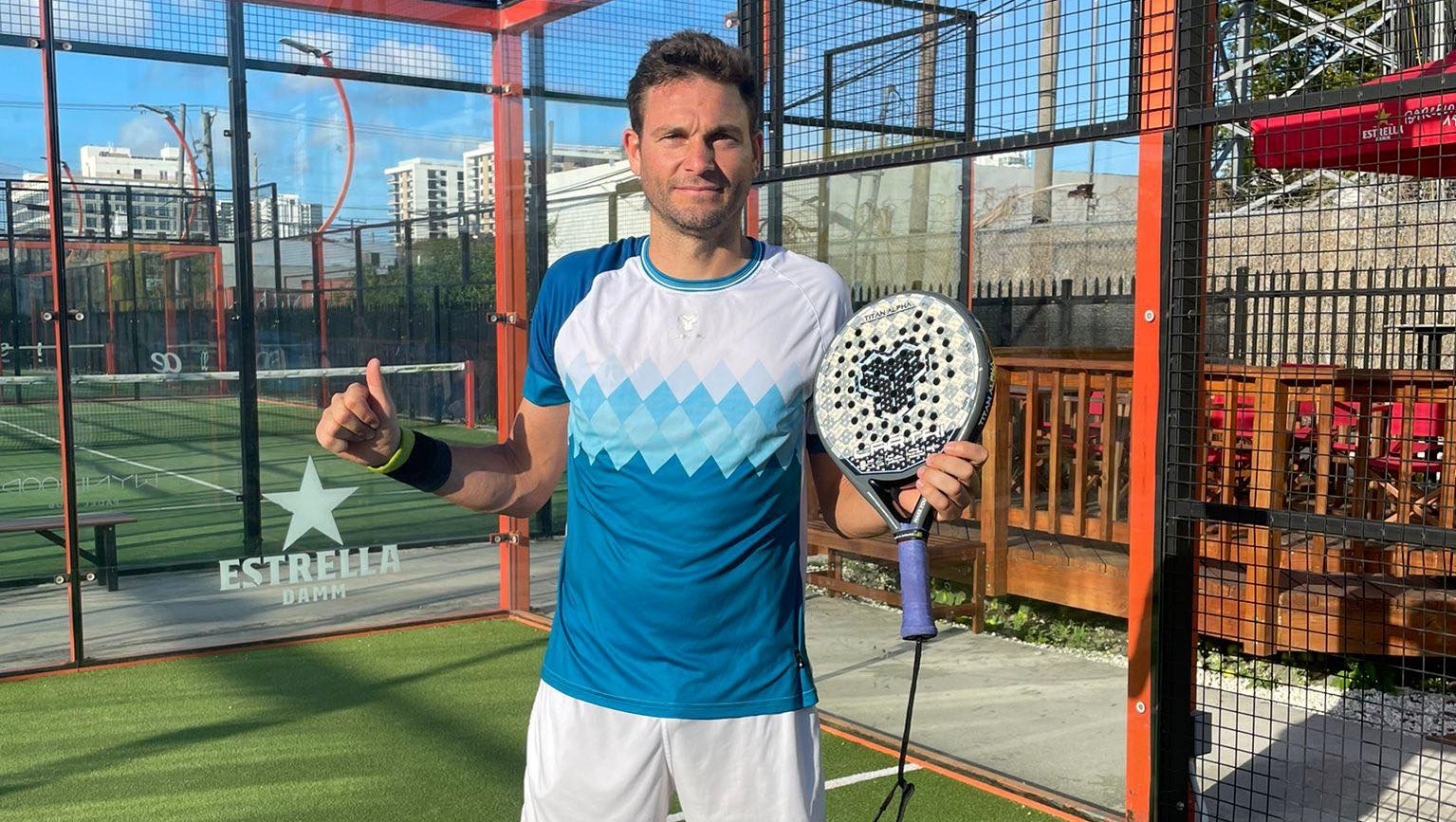 His debut in the padel

Cartri: How did your relationship with the padel ?

Jérémy Scatena: “I discovered the padel in 2006 when my friend Nallé Grinda sons of Jean-Noel Grinda, the former Davis Cup player, invited me to play a game. I was playing tennis at the time at a decent level and overnight I got into padel. I thank Nalle for everything he has done for me. It was he who allowed me to progress and join the French team since 2008.”

Jérémy Scatena: “The two things that I immediately loved were the conviviality and the social aspect of the sport, whether with your partner but also with the opponents on the other side of the net. There is a very playful aspect to this sport which, in my opinion, has no equal.”

Cartri: What results are you most proud of?

Jérémy Scatena: “So of course there are several. To start, I would say the 2 decisive matches with the France team, the first against Belgium in the semi-finals of the European championship where we won 7/6 in the third set. And the second, in the quarterfinals of the world championship against Uruguay. Then, I think there are my last 1 rounds of previa on the WPT, where we pass 4 rounds each time, it was great moments of emotion.

Cartri: What is your best shot and which one would you like to improve? ?

Jérémy Scatena: “My two best shots are the smash and the cuchillo return. On the shot that I would like to develop, it would be to improve my quality of the ball after the opposing smashes. It would be necessary to succeed in replaying in the feet, in particular in backhand.”

Cartri: What does it mean that Cartri decided to bet on you and why did you choose this brand?

Jérémy Scatena: “For me it was important to join a brand that needs me on and off the pitch to help develop products or help the brand expand into new markets. Cartri is one of the few brands that still manufactures in Spain, which allows it to maintain Premium quality. I chose Cartri for these reasons and in no way for the economic part which was less interesting than with others.”

Cartri: What racket are you going to use this year and why would you recommend it?

Jérémy Scatena: “I chose the “Alpha Titan” which is a round racket with a fairly hard rubber. It's a pala that allows me to have a lot of control in the short game, defense and transition phases. It is ideal for advanced gamers who aspire to control the game.”

Cartri: What is the situation of the padel in your country ?

Jérémy Scatena: "The padel is evolving slowly in France and is falling behind its European neighbours, notably Sweden, Portugal and Italy. The evolution of the number of pitches, around 1200, as well as the number of players, is relatively constant.”

Cartri: Do you think the padel, to promote its development should have a federation independent of the tennis federation?

Jérémy Scatena: “This is a question that will arise more and more in the future. The FFT allowed the padel to gain notoriety quickly, but the exponential development of the sport frightens tennis leaders who see it as dangerous competition for tennis. It is perhaps a little early for a Federation of Padel to take off but it is not excluded that it will happen one day.”

Cartri: What are the goals for this season?

Jérémy Scatena : “With the birth of the new QSI/FIP circuit I will have two main objectives. The first is to enter a main draw of one of the 10 big Fip. The second is to reach the semi-finals of an APT tournament and finish in the top 30. The dream would be to enter the top 100 of the biggest circuit in the world.

Cartri: What is the nickname that best defines you?

Jérémy Scatena : “'El Loco'! People sometimes take my passion or my rage to win for madness. At the same time, you have to be a bit crazy to leave your city, country, family and friends to go and pursue your dreams.”