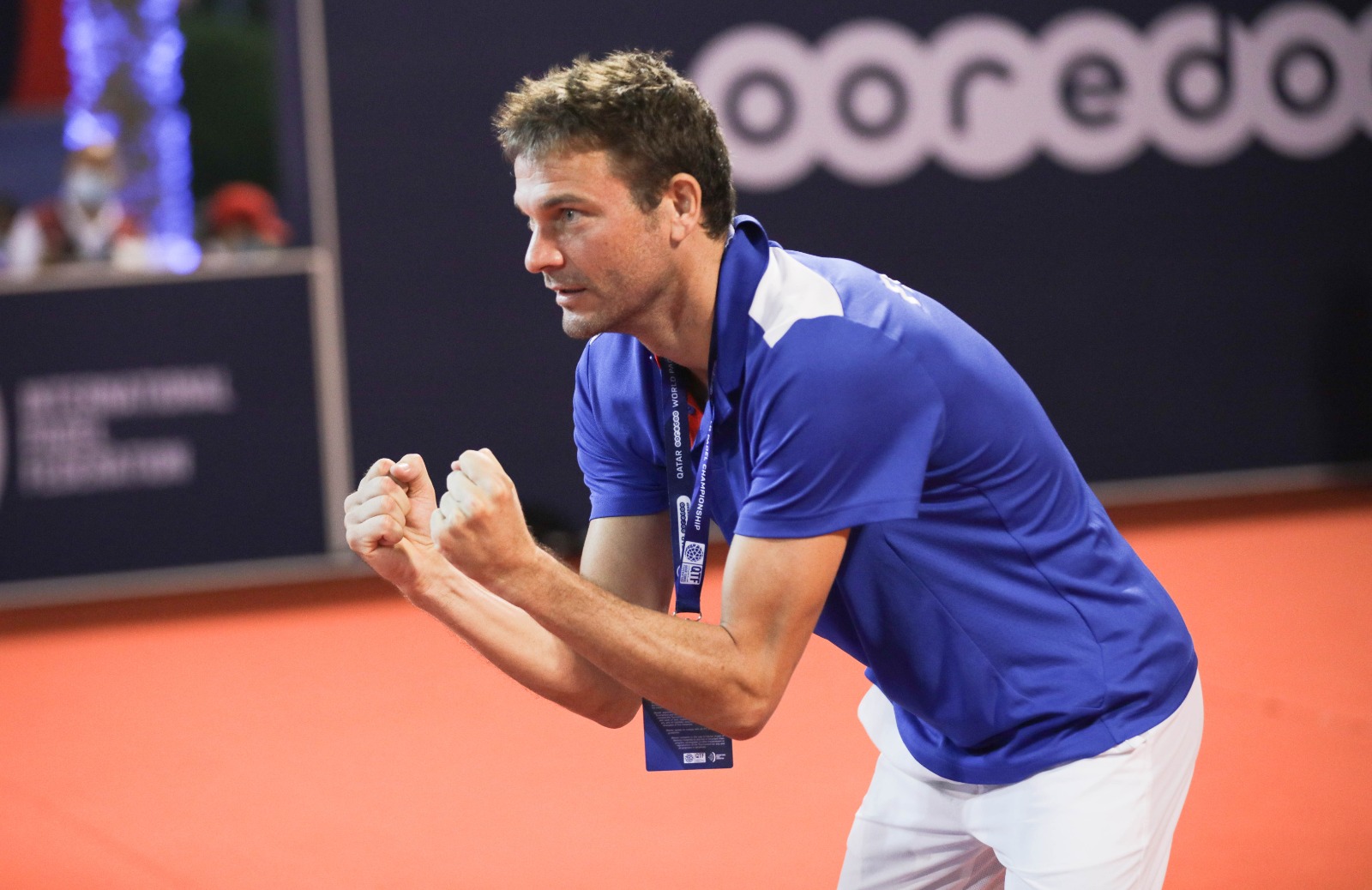 A wink for Nallé Grinda

Padel Magazine : What are you doing in Miami?

Jeremy Scatena:“I came for several reasons. There was a FIP Rise in Tampa. Ben wanted to come and acclimatise, and it worked out well. It's an opportunity for me, because it allows me to come back in the FIP ranking. I will play several FIP tournaments in order to be able to participate in the new QSI circuit which will be exceptional. It would be hard for me not to be able to enter the tables.”

“Nallé Grinda is the tournament director, and it was with him that I discovered the padel, so it's nice to be with him.”

In Doha for the FIP/QSI

Padel Magazine : You have won the Tampa tournament. Are we likely to see you at the first tournament of the QSI circuit in Doha?

Jeremy Scatena :“At 99%, I will be in Doha for the first FIP. I have a partner who also has points. It was painful for me not to be able to come back to play the WPT from time to time, because the APT is growing but there are only 14/15 dates in the year. It's a little thin, and I was looking for something next to it. With the FIPs on top of that, it's going to be a very full year.”

“When the right people organize the tournaments, it works!”

Padel Magazine : Does it hurt not to be on the slopes here in Miami, when you see the quality of the organization?

Jeremy Scatena:“I'm not on the track because I don't have the level to do a WPT chart. Ben did it so I'm on the sidelines to cheer him on. At the organizational level I have a different reading. It's because it's Nallé and Wayne who do this step there, and I can tell you that the number of spokes in the wheels that the World Padel Tour, it is immeasurable.”

“I think when the right people organize a tournament, it can be WPT, FIP or FFT P2000, when you have Kings who put millions of dollars in the organization, it works. It will be exceptional. There are boxes, VIPs, artists.”

To find the interview in its entirety, it is just below: