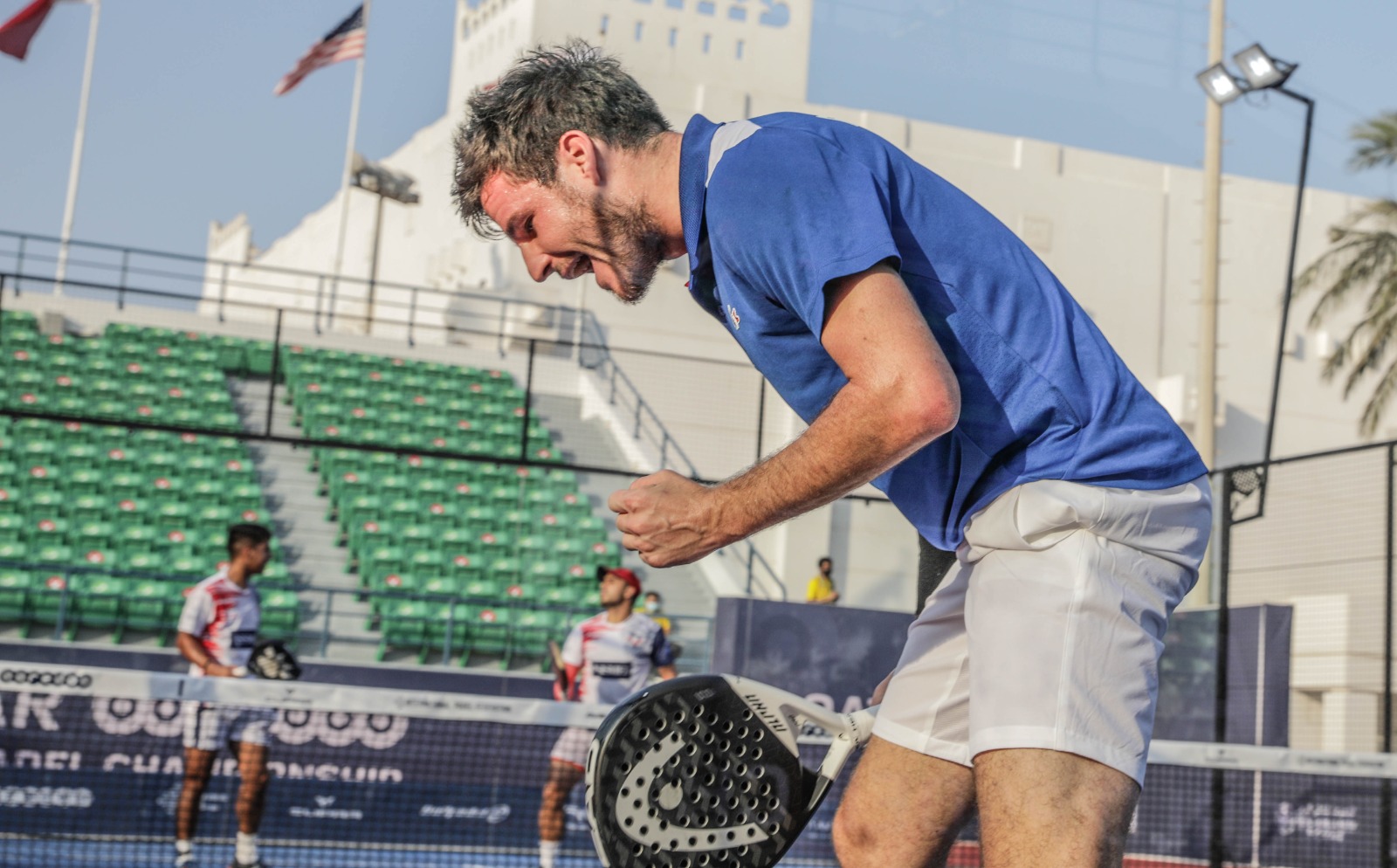 Johan Bergeron surprises at World Padel Tour Alicante Open 2022 alongside Argentinian Cristian G. Gutiérrez. The French finds himself in the second round of previas when he should not even have participated in the tournament.

Indeed, the Lyonnais, without a partner, had left not to play this Open. But the Argentinian “Sanyito” miraculously offered him a collaboration for this competition. The champion of France obviously could not refuse.

After two good matches in previas, Johan and Cristian manage to beat the very serious pair Marc Quílez / Toni Bueno in 2 sets 6/1 7/6 (1) in this first round of previas. It's a hell of a performance for the Franco-Argentinian pair.

We will still have to release another very big match tomorrow to succeed in passing the second round against Sanchez (60) / Valdes (53), seeded 2 in the previas.

In the event of victory, Gutiérrez and Bergeron could find the former partner of the tricolor, the Swede Simon Vásquez. For that it will be necessary that the one who evolves from now on with Adrián Blanco wins against Javier Barahona and Juanlu Esbri. No small feat!

Two Blues will be on the slopes tomorrow since Benjamin Tison and Teo Zapata have hadEmilio S. Chamero et Daniel Santigosa in the first round this Sunday evening: 6/3 6/1. Tomorrow morning, at 11:00 a.m., it's also a big game that awaits them against Mario Del Castillo (57) and Antonio Luque (62), seeded 7 in the previas.