In competition, the padel is played at 4 and not at 2. There are no tournaments reserved for one-on-one and that does not really correspond to the deep soul of the discipline. However, two-way kicking can help you develop many training skills!

It may seem like beta as an observation, it is even a pretty obvious truism, but it is always easier to find an opponent rather than three. The two-player game is therefore a very interesting alternative nowadays, because with the sanitary restrictions, it is not always easy to bring together four partners outdoors ... So, diagonal or “single” pitch, we tell you everything!

The diagonal: a way to improve padel


We very often see professional or good level players training in pairs on the diagonal on normal terrain. Why ? Because it has a lot of advantages. Indeed, at padel we play a lot in its diagonal since it is there that we have the most space in length (see Pythagorean theorem). It is therefore interesting to to train to play exchanges in his “diago” to gain in regularity.

In addition, playing one-on-one  in the diagonal offers the possibility of testing new technical gestures as well as improving its precision, due to rules of “cruzado”. If you are used to always playing on the same side, it can be interesting to train a little diagonally on the left as well as on the right in order to fully understand the specifics of each side. This should allow you to better understand certain choices made by your partners during matches.

Finally, it is a good solution for develop cardio because of the high number of balls that we will have to play. Good endurance in training is the assurance of being able to play longer in 4-player matches!

Nothing prevents you after a diagonal session to play a little opposite to flesh out your palette a little. Diagonal work can be done very frequently, but at least from time to time think about making a 4-way match to transpose all your new skills!

What about simple grounds?


If diagonal training is used a lot, especially by professional players, what about padel at so-called “single” land ? 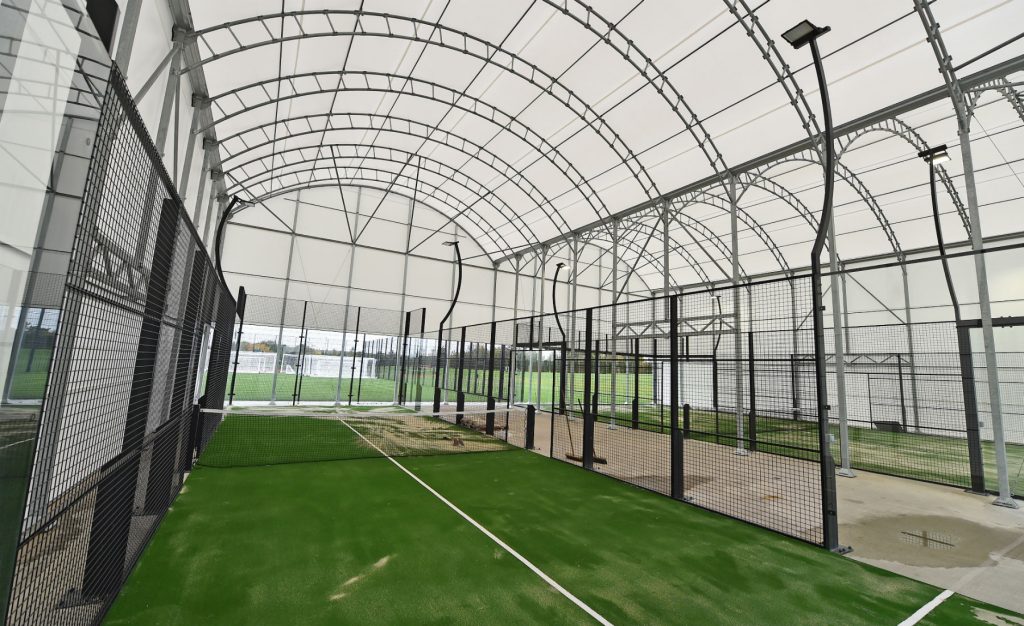 “Single” tracks should primarily be seen as initiation fields, where you learn to use the windows, the grids, on a small surface and with a lot of balls to play. They are therefore interesting for those who are new to the activity and who do not want to jump into the deep end yet. It is of course not forbidden to have a little game there for fun but that will not really make you progress for your games of “real”. padel”…

In short, it mostly looks like tennis between walls and with a pala. It's not unpleasant, it allows you to let off steam anyway, but it's a whole different sport from padel.

Indeed, it is not established that your skills developed on a “single” will be reflected in duplicate thereafter. On such a ground, the meaning of the game changes radically, especially compared to the use of the diagonal. Also if you get used to lobbing on simple ground, it's a safe bet that your lobs will be too short on real ground ...

En conclusion, the singles pitch can be interesting for beginners, when diagonal work on normal terrain is very useful for players looking to progress and especially the competitors! Anyway, if we want to improve at padel, training can only be summed up in two-man work, it is also absolutely necessary to make matches or training with 4 to transpose the new achievements in a context similar to that of the competition!