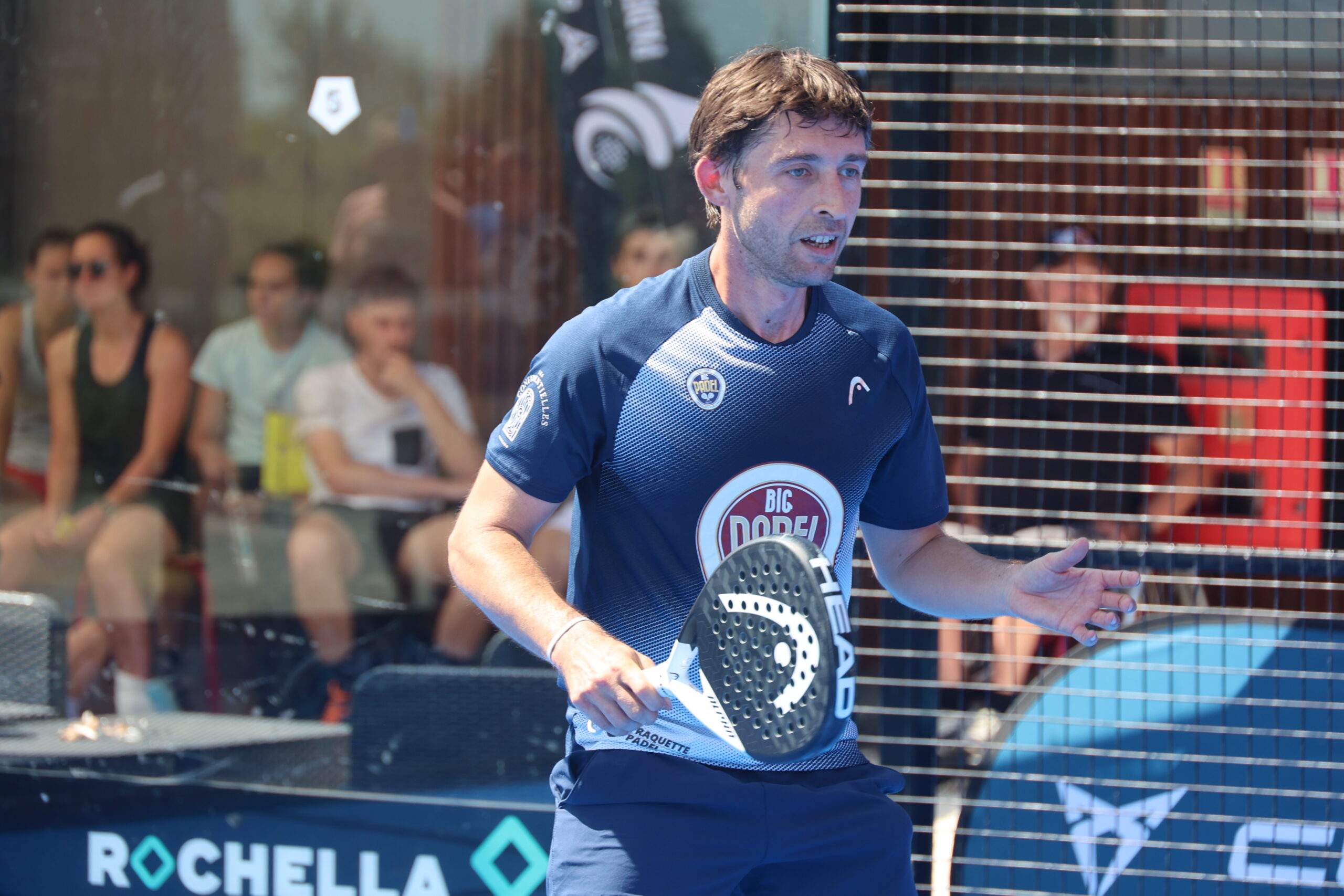 “The academy is growing enormously”

Padel Magazine : We know that you set up your academy in association with the Big Padel. Where is its development now?

JT Peyrou : “To tell you a bit about the history, I decided in 2020 to set up an academy around two players: Dorian De Meyer and Thomas Vanbauce. I was also continuing my career a little bit, there was the French team which was pointing the tip of its nose and then I decided to deal exclusively with Dorian and Thomas.

The academy was born at this time. They are entrepreneurs, people who have trusted us and who have decided to finance their training and who have made it possible to professionalize the concept: with in particular a physical trainer, a mental trainer..

So I took care of Dorian and Thomas exclusively at first, and now the academy is developing in partnership with the Big Padel who trusts me. There was a big demand for “competition” players and “initiation” players. Maxime who is a member of the Big team Padel, joined the academy and takes care of all the initiation and development part. The academy is developing enormously, I am very happy and I hope it will continue in this direction in any case. “

“Team France objective and Top 10 for Dorian and Thomas”

Padel Magazine : Compared to Dorian and Thomas, you as a coach, have you set short and medium term objectives with them?

JT Peyrou " Dorian and Thomas are 24 year olds, we get along extremely well. These are young people that I help a lot, well-wired young people, very intelligent who, moreover, are at the end of their studies. They had a good evolution! When we started the project they were top 100, they didn't train too much. Now they have great results, they are 14th in France at the moment. They try to get closer to the elite little by little.

Obviously in the medium to short term, they will try to do a lot of professional tournaments, especially with the FIP circuit. We try to put in place means that will allow them to live from their passion. They had a little tournament in Trani which they loved, because they have to like it too […] and so there you go, getting closer to the France team camp in the years to come because there is a generation that will inevitably change at some point.

The objectives are to get closer to the TOP 10, to start gaining experience on the international circuit and in the next two, three or four years to try to get on the French team wagon. “

Padel Magazine : We could see that you were behind the organization of a 100% female tournament within Big Padel, a P1000 in this case. Is it a tournament that we will see again in the years to come? Do you think this can give ideas to other organizers in France?

Jt Peyrou : "Always in partnership with the managers of the Big Padel we had long discussions, and I thought that a 100% women's tournament was missing. Often the players are juxtaposed at the men's tournaments and are not honored. We took the gamble of organizing a 1000% female P100 with a prize-money of €2000, a supervisor, ball changes, physiotherapists, interviews. I was convinced that the date was rather good in February, and we hit it off. We had 36 teams, the girls were pretty happy, I had great feedback and that necessarily made us want to continue this tournament.

Thanks to the partnerships that I have developed within the academy, I have the chance to be able to finance a few tournaments within Big Padel […] and to be honest with you, I think we'll try to do a little bigger next year: with more prize money, a tournament open to everyone, but maybe also open to female players a little more professional, Spanish players and logically the tournament will take place on the same date in mid-February. Valentine's Day for them is perfect (laughs)! »

"I think it's up to the WPT instances or Premier Padel, to find an agreement ”

Padel Magazine : Through this event, you have positioned yourself as one of the fervent defenders of padel feminine. In relation to that, how do you see the current situation of the girls, whether it's on the WPT or concerning their absence from the Premier Padel ?

JT Peyrou : “These are things that I obviously don't control too much, after that I have my outside view. I consider that the padel feminine in view of the power of this sport, will make women love it. In general for the padel professional, it seems essential to me that the flagship circuit, whether Premier Padel, WPT or APT, or juxtaposed men and women. For Premier Padel it's the first year… I find it a bit absurd, not absurd, but it seems normal to me in the order of things that women also have their tournament at Roland-Garros. Then I think it's up to the instances, WPT or Premier Padel to find an agreement and to be able to create a real men-women circuit as we can have in tennis. I think in the years to come, it will see the light of day. »

The Cupra Padel-Point Tour : “a feast of padel"

Padel Magazine : Today we are on the Cupra Padel Point Tour the 4Padel La Rochelle. What do you think of this circuit, its concept?

JT Peyrou : “I find this tournament super well organised, it makes me think more of a celebration of the padel rather than just a tournament. There are people who come, children who discover the practice, people who ask for autographs...so I think it's great! The small format that I'm probably going to steal from you is “One Point”, that's really not bad (laughs).

No, but people seem super happy and I think it's through this kind of action to increase tenfold everywhere, that the padel will develop. I am a strong supporter of this sport. I think the power of this sport, makes the padel will grow on its own. But you have to make it known, the hardest part is getting people onto the court padel. As soon as they are there it's won, I can see it just this afternoon and it's great in any case! »