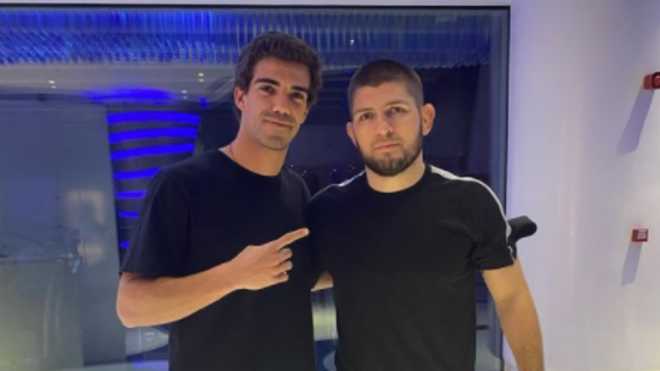 Beaten by the Bela-Tapia pair in the final of the last Masters, Juan Lebrón changed partner. May Alejandro Galán be reassured, it was only time for an initiation into padel in Dubai with an exceptional guest: Khabib Nurmagomedov, the legend of MMA.

Dubai capital of padel in the Gulf

The meeting took place at Nad Al Sheba (NAS) Sports Complex, the world's largest elite sports complex, owned by the Emirati royal family. A gymnasium is dedicated to the practice of padel with two brand new land. Like South America and Europe, the padel is gaining market share in the Gulf countries and in Central Asia and the presence of a reference in the field like Lebrón is a guarantee of seriousness. 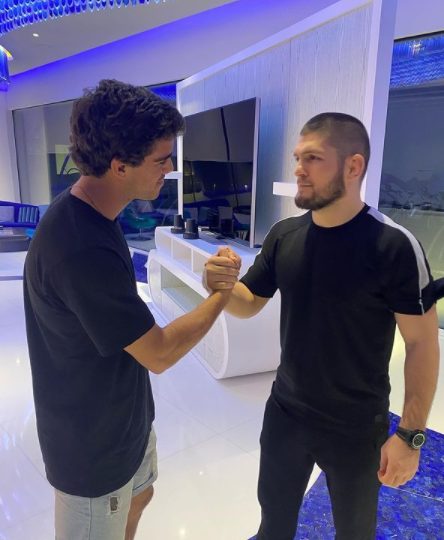 The Lebrón-Khabib meeting was requested by Umidjon Mavlyanov, one of the Russian fighter's trusted men. A discussion rich in lessons since, according to information from the daily Marca, the two men are planning to meet again with potentially a future collaboration. With nearly 27 million followers on Instagram, Khabib is a particularly influential figure in the world of sports, especially since his victory against Connor McGregor in October 2018. His relationship with the UAE's governing bodies is in good shape as he played his last two fights to date (against Dustin Poirier and Justin Gaethje) in Dubai.

The Andalusian was not satisfied with this meeting with one of the most appreciated sportsmen in the world. He also played a match with Saeed Bin Maktoum, brother of King Saeed bin Maktoum bin Rashid Al Maktoum and Ismaeil Alhashmi, a person known to be very close to decision-making circles in the United Arab Emirates. He also posted a video of this part on his Instagram account. The icing on the cake, the prince hamdan invited Lebrón and Marc Segarra, owner ofISL sports management agency, to an exotic safari. “There are no words to describe the days I lived in Dubai,” Lebrón wrote. Thank you for making me feel at home and for making me live an unforgettable week. You have admirable values. I will never forget this experience with you ”.

What further accelerate the development of padel in the Gulf ?