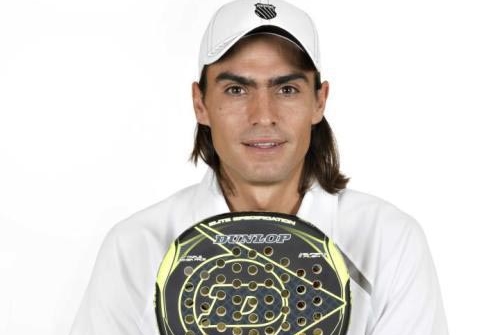 Player left, an intelligent forward, able to do everything on the field.

He starts with his brother, Diego, with whom he makes tournaments padel and his great friend Gustavo Papucci with whom he will get along very well for nearly 10 years.

Beginning of the 2000 years, he is naturalized Spanish. Then will play with Pitu Losada. It will be a very good time and will be followed by many victories.

The Dunlop adventure begins in 2007 and 2008 is the triumph: Juani Mieres becomes with Pitu Losada padel world champions.

Then, it's the adventure of the "Princes". Juani Mieres and Brazilian Pablo Lima join forces. They will quickly become world number two for nearly 5 years.

Today, he plays with Sanyo Gutierrez. The pair is part of the world's top 10 but it's hard to match. The 2016 year could see some changes.