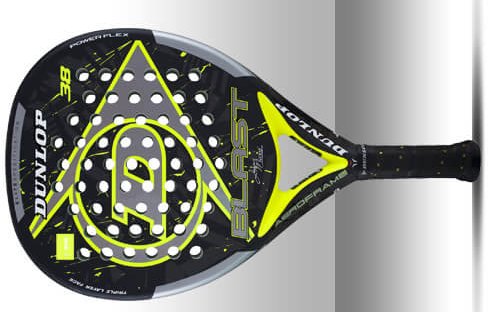 The new Blast Dunlop 2017 version is a snowshoe that tracks the characteristics of older Blast models. Those who appreciate the old Blast will necessarily appreciate the new model.

Still powerful despite its rather round shape, a weight clearly in the lead, the racquet of the pro range at Dunlop is a padel attacker padel but that will nevertheless control it well.

What we like is its grip with a particularly round handle that reminds the feelings of tennis rackets. Tennis players from elsewhere could particularly appreciate this padel racket.