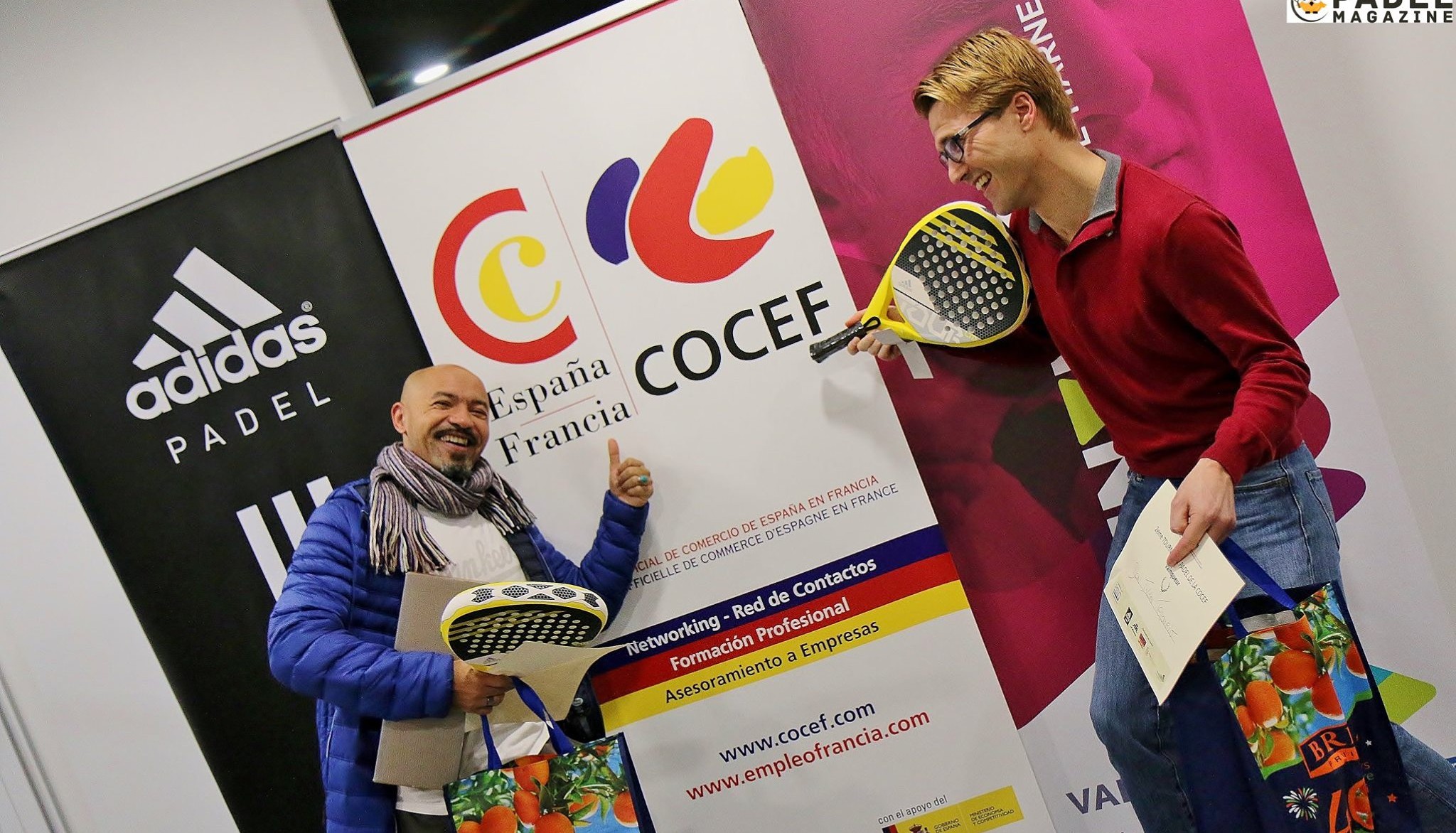 The Official Chamber of Commerce of Spain in France has decided to invest more and more in the padel.

Very clearly, COCEF, through Secretary General José Manuel Escoin, is trying to transform the padel in France with the multiplication of events organized by COCEF. “It organizes, but the COCEF also informs and advises project leaders of padel".

With at its head, enthusiasts of padel who see “le padel develop at full speed for 2/3 years", The COCEF has "A role to play to allow this mainly Iberian sport for the moment to cross the Pyrenees and settle permanently in France".

COCEF therefore organized its second tournament in Padel Horizon, the new Parisian club which has 5 padel. "This club is a perfect example of what we want to see in France".

On the installations therefore of Padel Horizon in Fontenay-sous-Bois, the biggest padel in the Paris region before the arrival of Padel Club de Bois d'Arcy with its 6 indoor courts next January, the COCEF has offered a competition of padel which brought together nearly 40 participants. For this second edition, it did not only offer padel. With Zumba, unlimited smoothies and many other activities, the competition is very strong in the “good live to spanish"And we like that!

It was obviously the Spanish who won: Aladjo / Tesourio. Balanced pair, technical with dangerous shots, they did not find much resistance to go to the end of the competition. But with next week's sanctioned tournament still taking place at Padel Horizon and organized by Padel Passion and Sylvain Jimenez, there is no doubt that the pair will have a hard time to be able to renew their results. Because on the menu large Parisian pairs and pairs from the west of France such as Justin Garnier / Samuel Devrand (n ° 7 and n ° 4 of the French championships of padel) make the trip ...

Finally to wrap up a very Spanish day at Padel Horizon, DJ Mariono was on the decks to offer us a very caliente evening ...

Adidas France manager padel, Olivier Zephir further explains that he will continue his support for COCEF and hopes “the continuation of this great development of padel in France".