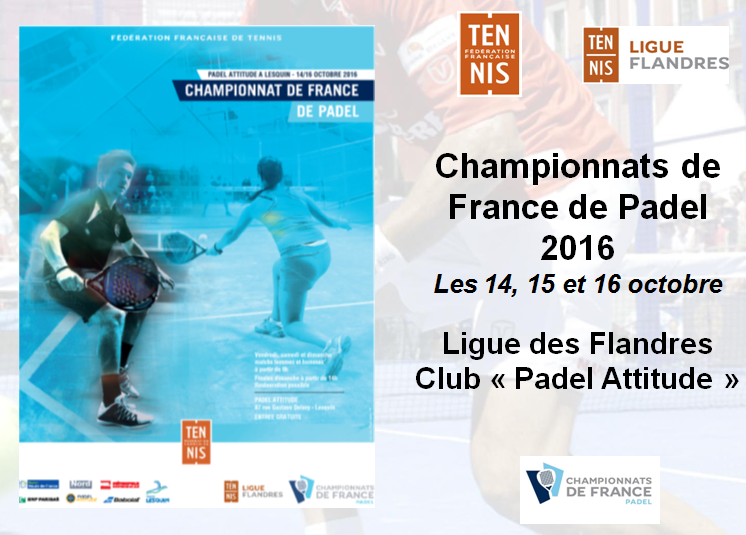 A few hours before the start of the final stages of the French championships of padel 2016, the French Tennis Federation has just communicated on the composition of the ladies and gentlemen groups. 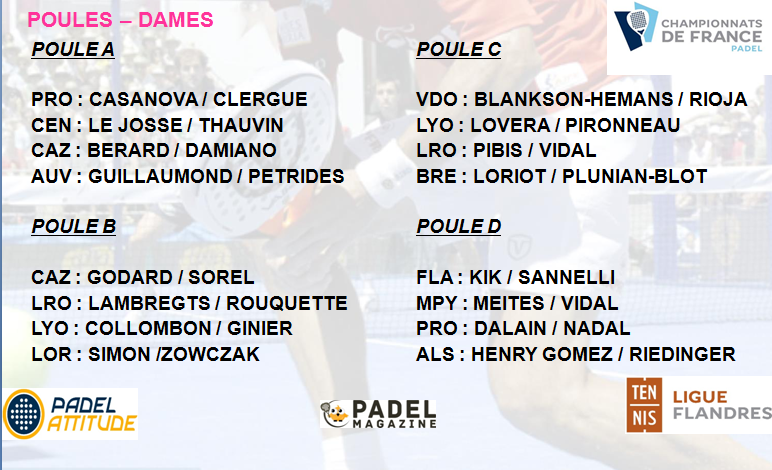 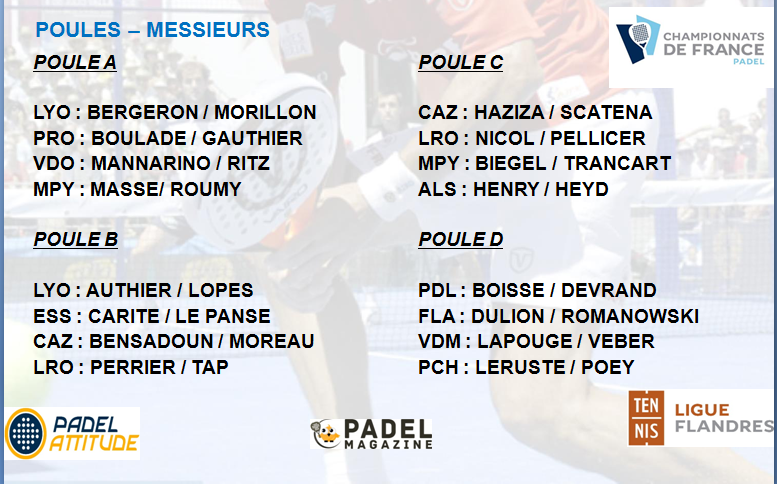 How were these chickens built?

These chickens were built from the following points:

The hens are well balanced and difficult to contest. At least from the official elements of the FFT.

We were also entitled to a draw to place the 2e of hen in the final table.

The establishment of these hens follows a well-defined rule. For the men, Pool A will do some damage. The Masse / Roumy pair will feel very lonely in the face of these regulars of padel French. Pools B and C are rather balanced even if the French champions of padel Haziza / Scatena are in a position of big favorites in their pool. in Pool C, we will have to do everything to avoid being second, that's for sure. Pool D is also balanced. We have seen the enormous progress of the Poey / Lerustre pair lately. The Lapouge / Veber pair is certainly the one we least expect in this hen but it could surprise his world if Fabien Veber's arm holds.

In the women, the seeded No. 1 and 2 French could meet at the half which is frankly enough damage when you know the current hegemony of these two pairs on the competition. If we start the game calculations .... Unfortunately for some pairs, like that of the Val d'Oise in Pool C 4e arrival at the championship of France 2015, it will be difficult to pass the stage of hens. But Riojo / Blankson-Hemans have more than one trick up their sleeve.

Even if there are no perfect tables, these French championships of padel seem to be off to a good start with the good news of the day: No news / Good news, the FFT could send its selection for the world championships padel by team on Saturday evening at the FIP. The list will correspond to the 4 pairs qualified for the semi-finals. Obviously all this remains assumptions, but it helps motivate the troops for this French championship of padel 2016.