The "Contrapared" is the defense against the wall. It is used most often as a defense to try to push opponents to the net. Not always obvious Then privilege "the ball in bell".

You are on the fly and receive a lob of low speed that bounces a little before the line and may die at the bottom of the course.

It is therefore quite possible to hit the ball on your own back wall as high as possible to return your opponents (who are mounted on the fly) as far as possible.

In forehand or backhand, it's a technically simple gesture.

This blow is not only done with the strength of the arm, the legs have an important role.

Pierre Lamoure, the "french" exile in Spain, founder of Upadel.net, professor and technical manager of the padel club of Vals Axarquia of Torre del Mar, launches his padel chronicle « technical and tactical ". Find regularly articles and videos on how to play padel with Pierre Lamoure.
more info here on his program. 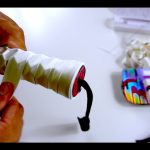 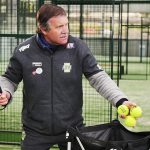 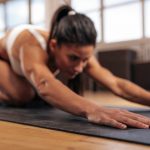 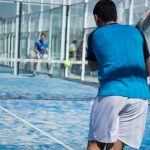