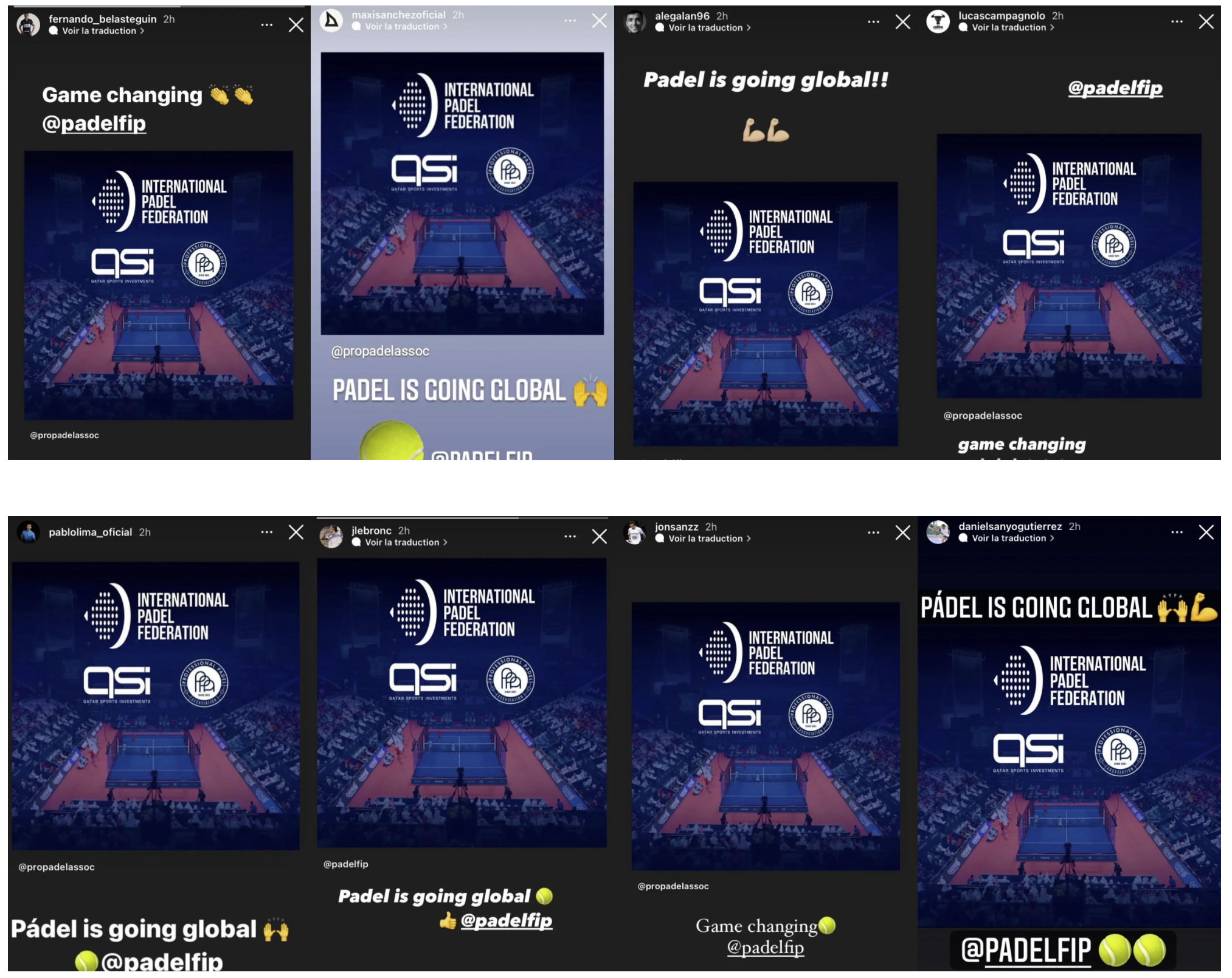 The best players in the world support the new professional circuit padel set up by the International Federation of Padel and Qatar Sports Investments.

We have ccompiled some of the support messages players who are largely from the Professional Players Association of padel.

Among all these messages, one message stands out from the others: that of the world legend of padel, BELA.

Fernando Belasteguin has been pushing for this change for many months. Already, in our interviews, even if he always remained very professional, he succeeded in slipping in a message: it did not exist that the World Padel Tour.

An innuendo that takes on its full meaning today, especially when we read his message of support for the new professional circuit of padel "game-changing“. (in other words: the situation has changed, the padel professional can start a real revolution)

Words and support that are released and made official. If the World Padel Tour used to punish players who could indirectly or directly criticize him, what policy will the WPT follow now? His position since the beginning of this affair only seems to amplify the messages of the players and the FIP / QSI coalition.