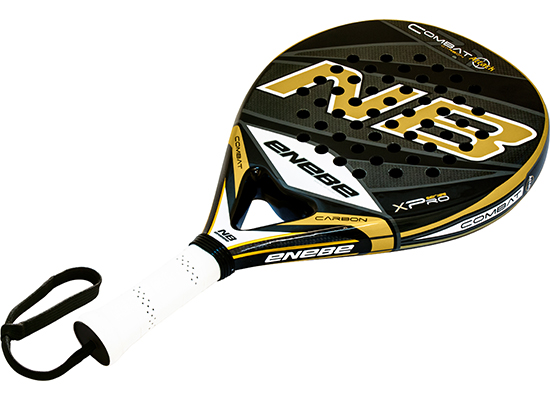 The Enebe Combat Attack Carbon 7.1 is as its name suggests a racket for fans of offensive games. Not only for lovers elsewhere. This is the very high-end racket of Enebe. It is intended for competitors who play mostly on the left and whose role is to finish the point.

Be careful, it's going to strike

If you want to hit hard, this racket is for you. Racket shaped diamond, if taken in hand it seems very malleable, it is actually a real bomb on the ground.

This racket also uses the famous black eraser of the Aerox (the HR3) and the system of the double tube for the edge of the racket. These technologies are very good and have shown over and over that you can count on them.

Obviously what we gain in power, we lose it in control. It must be understood that it is a quasi-immutable rule even though there may be exceptions.

Enebe offers carbon from the slice to the wrist of the racket through the sieve. It's 100% Carbon. Many snowshoes say full carbon when it is not necessarily the case. Enebe here does not deceive his client. The material is top and really deserves to develop strongly in France.

In terms of quality and level of requirement, we think of the Duruus snowshoes recently tested. These are snowshoes that only offer good benefits with advanced technologies.

Remember that this racket is used by professional player Adrian Biglieri.

An improvement of the Combat

Aesthetically, like most Enebe, there is nothing wrong. The Attack also takes a good part of the color code of the Combat.

The plateau of this new racket seems equivalent to the Combat. We get used to it quickly with good comfort thanks to a good balance.

Without reaching the requirement of the Enebe RSX, La Attack recalls the Enebe Aerox in terms of touching.

More globally if this racket is meant to be mainly aimed at advanced players, it is reasonable to say that less efficient players will be able to use this racquet without risk in defense, attack or on the fly, it offers a very complete program . 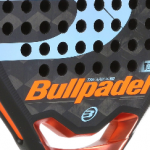 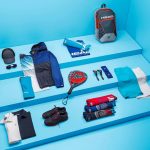 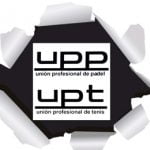 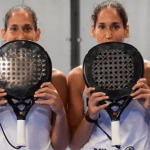