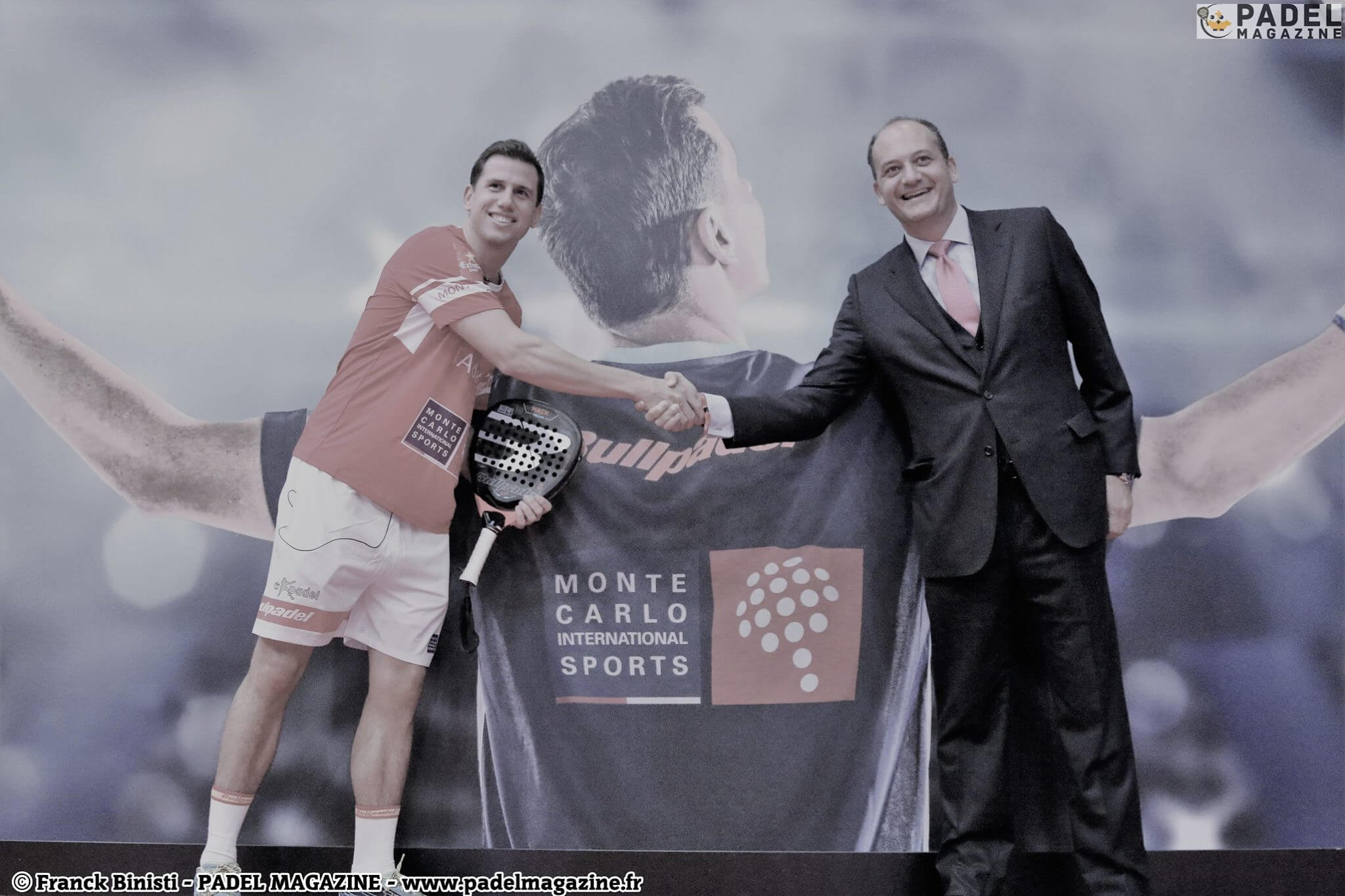 Fabrice Pastor, owner of the Monte Carlo Padel Master, talks about his relationship with the World Padel Tour and the strong development of the Fabrice Pastor Cup.

Initially, it was planned 3 years of Monte Carlo Padel Master. But no trace in the WPT calendar ...

The Monte Carlo International Sports has signed the 3 best global players. The fact of not doing the Master, does this call into question the communication policy of the group?

Monte-Carlo International Sports is a very young company, it was born in 2015, and therefore needs promotion too. The fact of not organizing the Monte-Carlo Padel Master does not prevent us from seeking recognition and being active in the padel world. That's why we sponsor players with whom we have a common philosophy and projects to develop in the future.

The Fabrice Pastor Cup is about to propose WPT points during its stages ...

Have we already seen the WPT dot a tournament or circuit that is not really his?


This is probably a first. I do not remember seeing that somewhere. But everyone would be a winner with this collaboration and first and foremost the players.

Are we going to see the Fabrice Pastor Cup land in Europe?

Indeed our idea is to continue to develop the Fabrice Pastor Cup in South America but also in Europe in countries where the padel is developed but where the professional padel does not exist yet.

A good example is Sweden, where there is a good level of play but no professional development. In any case, if there is a Fabrice Pastor Cup in France, it will be at Tennis Padel Soleil in Beausoleil. The club offers a very high standing structure and already has the experience of major international competitions.

Are we going to see the Monte Carlo Padel Master again next year?

We'll see. As I told you before, the fact of not organizing it in 2017 does not mean that the competition disappears definitively. We need to focus on our strategic lines, but as you know, Monaco is my country and if it's possible to do it again in optimal conditions, we'll do it.

We will see you on the French circuit soon?


The Tennis Padel Soleil is more and more active, we have a team of teachers who work very well and who are developing a network of players in the region, make contacts, organize tournaments ... It does not matter do not do it overnight but it's actually our way. The club has a license to organize tournaments. Similarly, I intend to play tournaments in France this year. Moreover, it's already done since we won recently with Andoni Bardasco, Padel Soleil Tennis Open.

8 / A desire for development towards the USA?


I do not have in mind to develop the padel in the United States for the moment. For me the most important is to cement the sport in Europe first. Then everything is open.