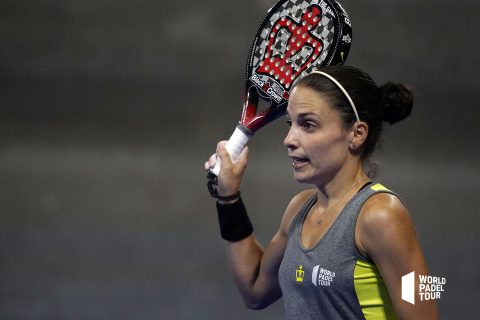 The Spanish Federation of Padel (FEP) and the Women and Sport Committee were able to define together the main lines for the year 2021 to promote the padel Spanish women and find parity between players.

Towards real parity between women and men in the padel Spanish

“We work in three main areas of action: the promotion, dissemination and training of women in padel".

The Federal Committee for the Promotion of padel feminine a drawn the outlines of what the future will be around the issue of parity, with topics like healthcare, healthy training, nutrition, inclusion, professional competition and padel school.

The second goal was also to increase the number of participants in the youngest category and ensure that the progression of junior players is done properly up to the senior category.

Greater media coverage for the padel female in reflection phase

Broadcasts of tournaments and matches of padel women are currently under study, with specific content on social networks and traditional media.

Regarding training, the Women and Sports Committee is working on official, regulated level I, II training and courses for referees, as well as possible continuing training which would be linked to sport. Also under consideration, a meeting to develop the basics of learning and training techniques for padel in women.

“It is a program as ambitious as it is necessary in which we intend to incorporate a broad analysis of the situation, to weave the contours of the dissemination of information on women and the padel and various measures to promote padel feminine."

Ramón Morcillo appointed President of the FEP, the signal sent was indeed that of a strengthening of gender parity in federations. The measures to come will also go in the same direction.

The first board of directors of the FEP is, moreover, composed of the same number of women and men !

The distribution of financial rewards between men's and women's tournaments has also been reviewed to continue to demonstrate that parity within the Spanish Federation of padel is possible.