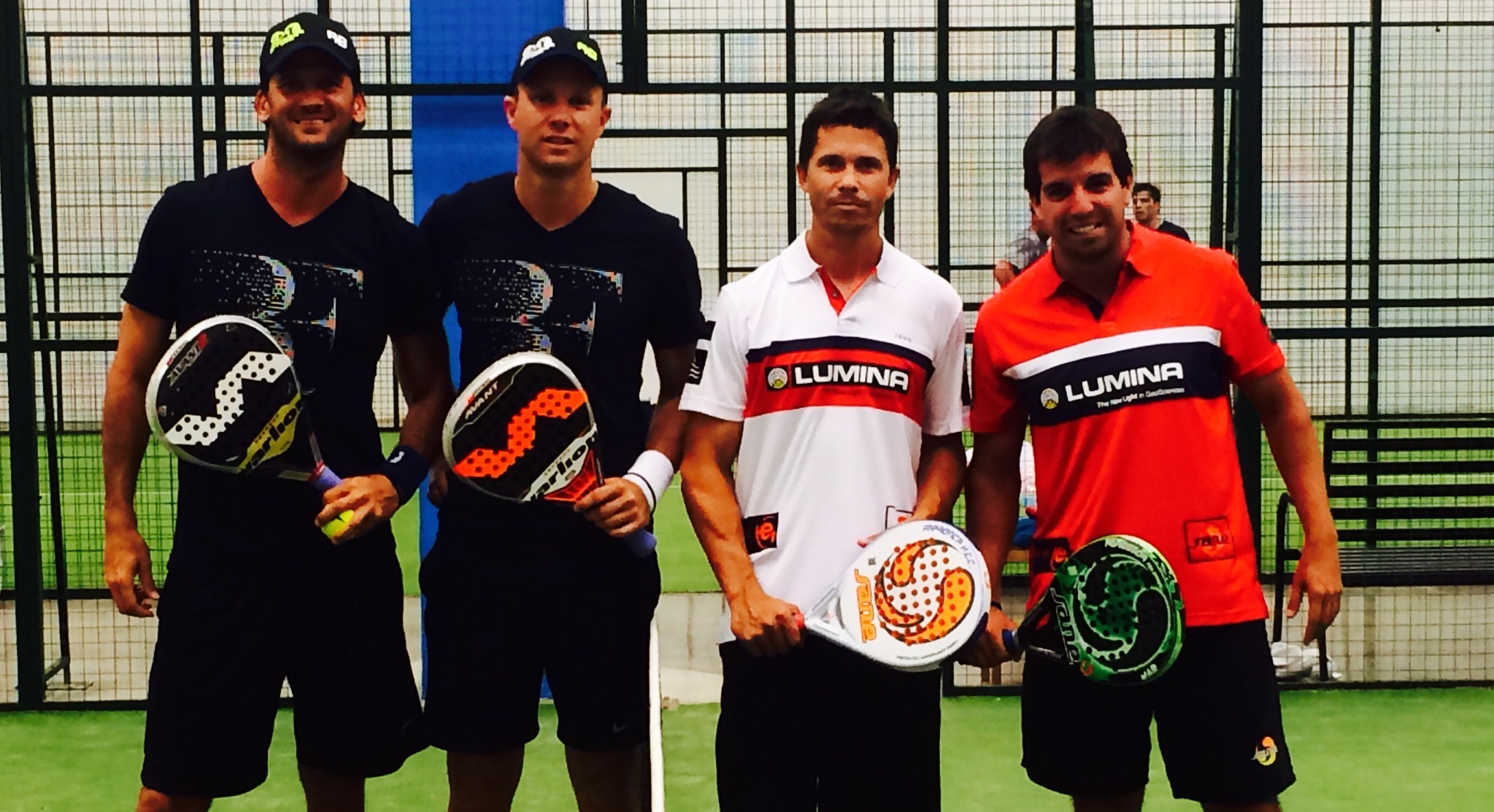 Padel Magazine - Padel is developing in France, but so is its image as a padel nation. And we owe it, at least in large part, to Nallé Grinda who won the US Open of Padel this weekend in Miami. However, it was far from won. The US Open thus welcomed the best teams from the USA. And if that wasn't enough, professionals from Spain, Argentina and Mexico made it harder to come out on top in this US.

Head No. 8, the French-American pair composed of Nallé Grinda and Wayne Boich made a great blow by taking out the No. 1 seed, the pair Argentina Trevisan and Conselo 6-3 7-5. Some would say it was the final before the hour as the pair Grinda / Boich ran the rest of the tournament without a hitch.

The rest of the tournament was therefore easier. In half, the French-American pair beats Danny Encinas (Chile) and Pablo Beltramino (Argentina) 6 / 2-6 / 3.

Recall that Encinas had won the last stage of the US circuit with Nallé Grinda but his change of partner will be fatal.

We were expecting a hard fight, but the outsiders immediately took control of the net and led 4 / 0. Grinda and Boish did not allow the opposing pair to return to the match. In control he won the tournament on the score of 6 / 1-6 / 3.

The victory allows Wayne Boich to secure a place in the US national team for the World Championships at the end of the year in Palma de Mallorca.

The other information of the weekend is the announcement of the creation of 2 new padel clubs in Miami for January 2015. A club of 8 runs right in the heart of Downtown (FLoride's most important Miami business district) and above all a superb 13 Short Club in the posh beachfront neighborhood of Coconut Grove.

Nalle Grinda returned to France from now on to take part in the French circuit and the international tournaments of Aix, Sophia and Monaco with the aim of the selection tournament for the world championships at the end of the year ... Finally, if France can participate.