The padel galaxy continues to grow. The 2015 year has made it possible to build more than 100 padel courts in France in 2015. Almost as much as these last 15 years and the numbers are not ready to slow down.

Fabien Boudet, FFT's Director of Federal Life, explains that " FFT has widely communicated with tennis clubs ". Result: More and more clubs are interested in this sport and see a good opportunity to boost the number of licensees.

The establishment of a padel training for tennis teachers can professionalize and accentuate the policy of padel development by the FFT. Continuing training will take place in Lyon, Toulouse and Lille in April.

While last year there were few approved tournaments and most often gathered in the south of France, there is currently a real democratization of these tournaments that will give a fairer idea of ​​the number of competitors in France.

For more information, go to the following link:
https://padelmagazine.fr/calendrier/ 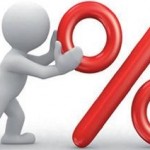