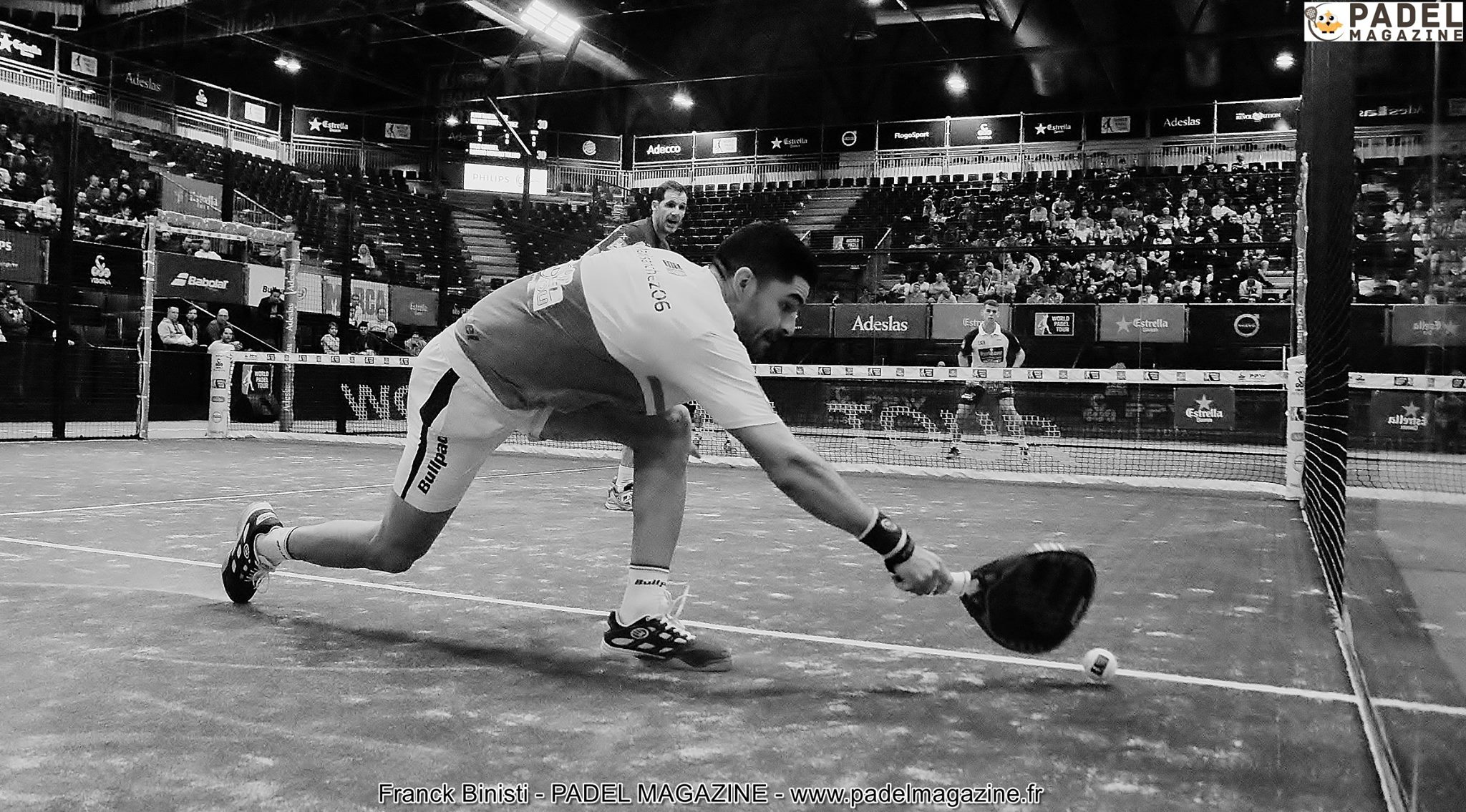 The padel's big mass began on Wednesday 16 December, on the occasion of the opening of the 3e Masters WPT (World Padel Tour), the last event of the season gathering on 5 days 8 best male pairs and 6 best female pairs, to Madrid.

In the men, in Table A, no miracle, the seeded easily justified their status as favorites and add valuable victories in their quest for the Grail. To raise the curtain, Mieres - S. Gutierrez won a very competitive match against Silingo - C. Gutierrez on the score of 6 - 4 6 - 2.

The ceremony continued with the infallible Bela - Lima who arranged Lamperti - Allemandi, 6 - 4 6 - 2, the latter pushing his majesty Bela to defend a break point on his service to 4 - 4 in the first set!

In Table B, the debates were different and however more disputed: the "king of reflexes" Diaz and the "shark" Maxi Sanchez came to the end of Grabiel - Moyano at the end of the tiebreak of the 3e round (6-3 3- 6 7-6), Grabiel and Moyano relentlessly raised their level of play, to the point of making doubts JMD and Mr. Sanchez.

Entry into Navarro - Mr. Diaz also traded in the deciding game (first leg won 7-6) against the Spanish pair Lahoz - Santana, who could not catch up, broke very early in the second set (6-3).

In group A of the women's draw, qualified in extremis for the tournament's final tournament of the season, the pair Tryai - Eyheraguibel (11 rank WPT) bowed heavily against Llaguno - Amatrian during his first meeting, in less than an hour on the 6-2 6-1 score.
Finally, on the second female painting, note the radiant form of Reiter - Navarro who have three sets of Tenorio - Iglesias (6 - 3 3 - 6 6 - 3).
Tomorrow, padel lovers will enjoy the following matches: Alayeto - Alayeto / Tryai Eyheraguibel and Marreo - Salazar / Navarro - Reiter.

Rendez-vous is taken for the second day of the big padel world parade, Thursday 17 December!

For any inquiries, We're here to answer you.