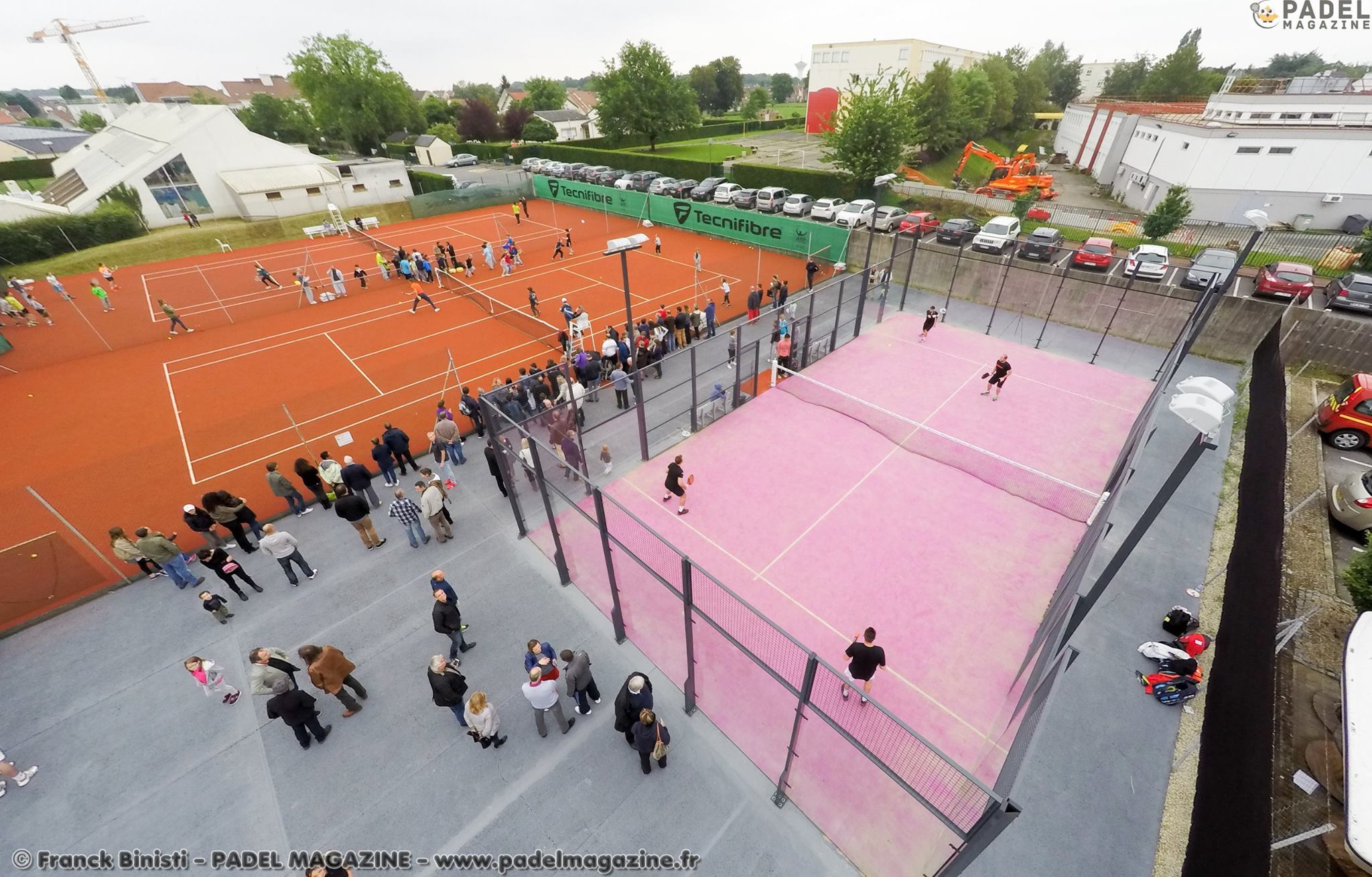 ue Seine-et-Marne, in the Paris region now has its first club padel and it seems that the Tennis Club d'Ozoir will give ideas to other clubs in the region if we are to believe the many club managers there.
During this inauguration of the renovated tennis courts and the padel, Philippe Cholet, the president of the TC d'Ozoir explained to us everything “the potential of this new sport in the region". "We are a club of nearly 300 members, the padel will expand the offer of the club but also of the region which had until then no offer of padel"Adds Philippe Cholet.

Back to the day

The festival of the tennis school brought together 80 children, who turned on the different workshops set up by the Sports Director Franck ABERNOT and his technical team.
The tennis champion, Nicolas ESCUDE came to exchange balls with the children, then performed a tennis demonstration with the 3rd in the tennis world championship for +45 years, Franck ABERNOT and to finish points in doubles against adults from the club.
On the ground of Padel, Loic Le Panse, former tennis player of the club demonstrated padel with Sylvain Gimenez, Mathieu Lapouge and Fabrice Ortiz. The team of padel then introduced young and old alike.
At the level of the officials, there was Christine Fleck deputy mayor in charge of the sports of the city of Ozoir, Marie Thérèse Alcaras, general secretary of the league of Seine and Marne of Tennis, as well as many presidents of the neighboring clubs (Lesigny, de Roissy en Brie, etc.).
Finally, the Tennis Club d'Ozoir will soon host the qualifying phases of the padel.
Find the Ozoir Tennis Club on video: