The league of Languedoc Roussillon hosted in Cap d'Agde the 1ages edition of the finals of the National Padel Cup. " It's a huge success with nearly 200 pairs registered for the 25 qualifications at 27 October "Says the former French 15 No., Christophe Lesage, director of the largest amateur tournament in the world (the National Tennis Cup).

Back on the final stages and the new padel center ...

The surprises of the final stages

From 28 to 31 October, pairs from all over France came to participate in the final stages of the NPC.

A dozen days after the French padel championships, the NPC looked like a catch-up session for some ... Some pairs have benefited.

First at the mixed, the level was particularly high with the victory of Alizé Cornet and Michael Kusaj on Jérôme Ferrandez and Laura Clergue. (2 / 6 7 / 6 10 / 4)

Finally, among the men, Ferrandez / Boulade, the vices champions of France bow 6 / 4 7 / 6 against Imbert / Blanqué, a pair absent at the championships of France padel, which made a lot of talk by his atypical style and effective.

It's official, the Cap d'Agde International Tennis Center is also becoming a padel center with its 3 new padel courts.

Nicolas Brun, the director of the CIT explains that " the padel will become an important sport in this historic tennis complex. Training will be put in place. The National Padel Cup has largely shown that the potential was there ».

The padel continues its development in the south of France with the arrival soon of the first club Montpelliérain. Thierry Cotentin, the owner of the future Padel Club Montpellier Métropole announces indeed " 4 indoor padel courts in Vendargues in the north of Montpellier ". Many other projects in the region are expected to see the light of day in 2016. 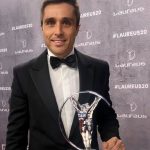 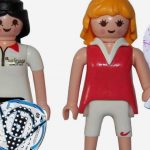 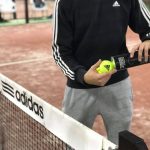 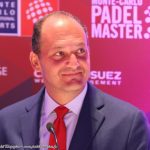