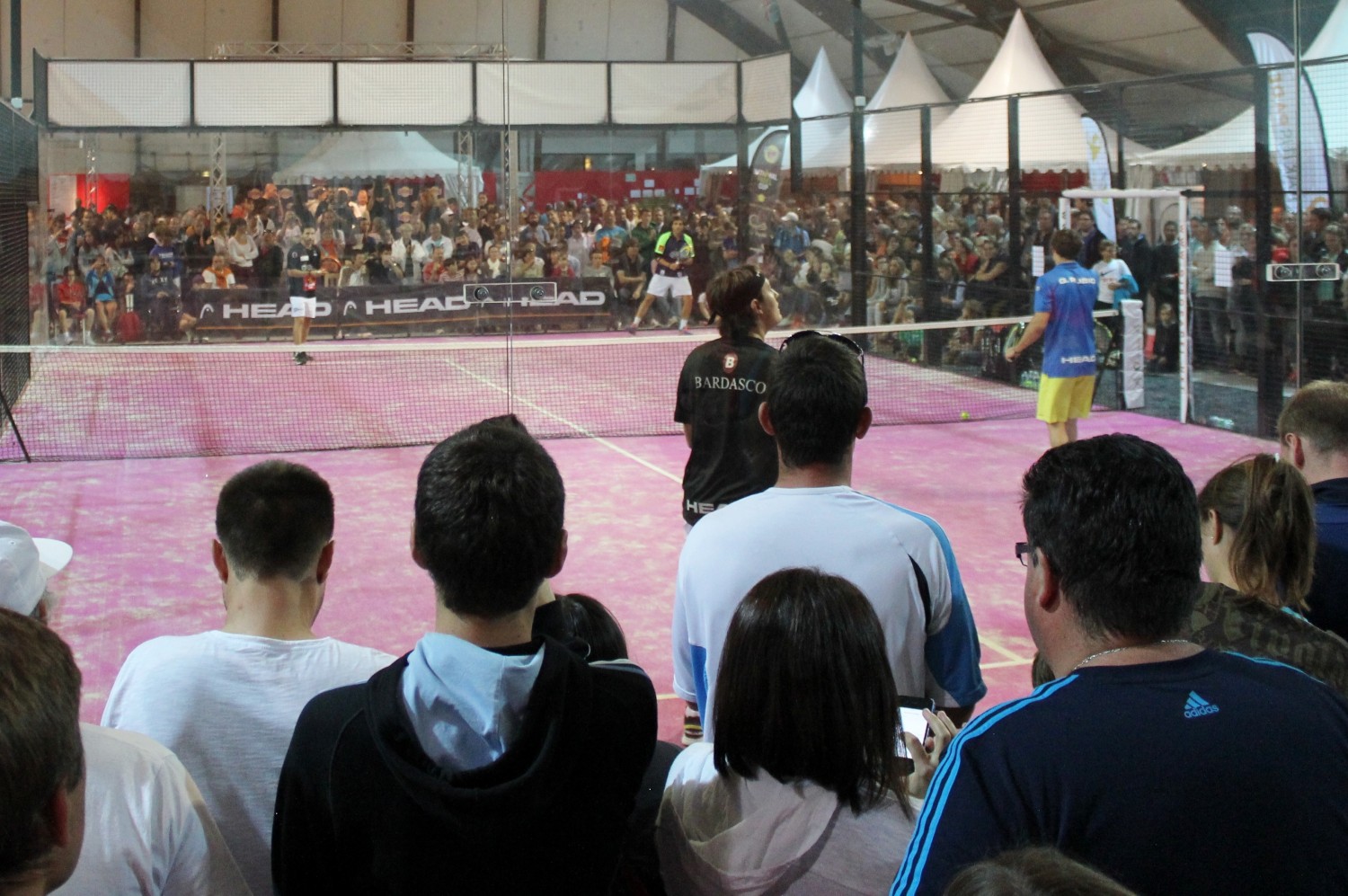 Padel Magazine - The launch of the National Padel Cup was a resounding success. The NPC took advantage of a unique event in tennis to develop definitively throughout France. With 6000 people / day (Players and accompanying persons), not to mention the local public who came in large numbers for this great tennis event, the padel was able to make the most of this audience.

Throughout the week, the central field has not been empty. The organization even had to set up a second pitch to cope with the many people wanting to play padel. But it was not enough.

The NPC has seen things in big by also offering the best padel last Wednesday with Alejandra Salazar (1 WPT °) and men Fernando Belasteguin (No. 1 WPT), Sanyo Gutierrez (No. 5), Gonzalo Rubio (No. ° 43) and Andini Bardasco (No. 47 WPT). It is finally the young pair who wins this beautiful exhibition, after a very beautiful show.

Mansour Bahrami, after a great tennis exhibition with Christophe Lesage, Sanyo and Alej, also tested himself at padel… With a little practice, there is no doubt that he could be very good considering his “touch”.

Starting next year, the National Padel Cup will propose qualifying phases in the padel clubs for final stages in parallel with the tennis competition. For the moment, the NPC has been discreet about the administrative arrangements because it awaits the result of the work of the French Tennis Federation which has only taken over the padel for a few months and to whom it is necessary to leave time for organize.