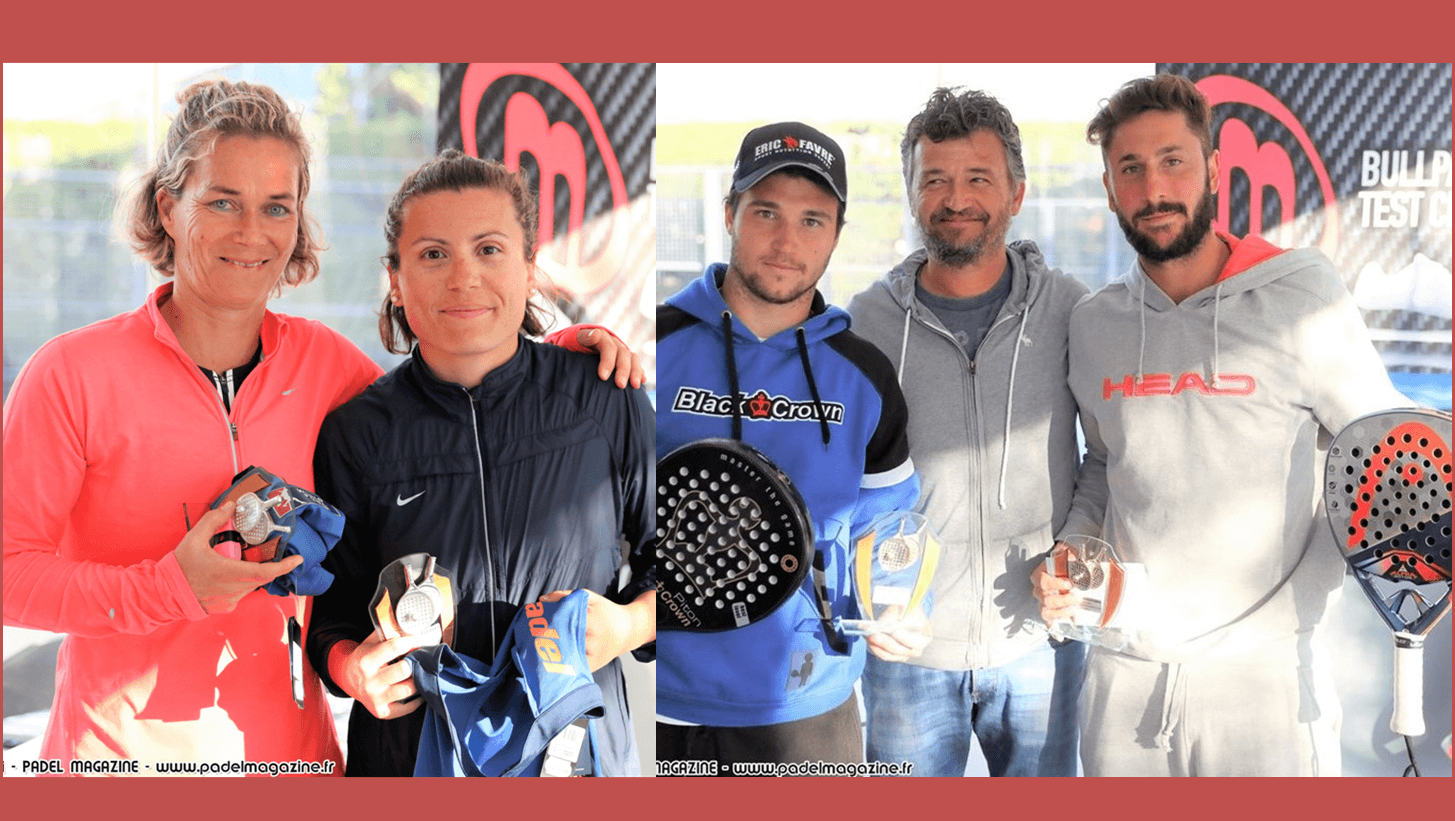 The Open Bullpadel at the padel club Mas (Perpignan) was won by Lambregts / Lefebre in the ladies and the pair Lopes / Moreau in the men. Sun, an ideal temperature, in short a weekend as we like them in a beautiful padel club.

In the ladies, the favorites have been running throughout the tournament. They were clearly above the fray with former European Vice-Champion Emmelien Lambregts who often hurt a lot in the opposing ranks, while Claire Lefebre was particularly strong.

We will see them again very soon in Toulouse for the P1000 of My Padel Tour at Toulouse Padel Club in two weeks.

In gentlemen, Mass was far from being said. Firstly, because the general level was raised with the L. Tap / Nicol, Trancart / K. Tap pairs, which were logically found for the 3e square. Even if ... in the semifinal, Loïc Tap and Erwan Nicol delivered a very good performance against the future winners of the tournament by losing 6 / 4 7 / 6.

If the French pair Moreau / Lopes seemed to be the most balanced on paper to go to the end, a pair could make them fall: The intractable Jose Luis Salines who was this time associated with the no less known Jean Pascal Pellicier.

A tight and serious part. But in the end, the pair 100% French wins 6 / 4 6 / 4. Note an alert in the second set for Jean Pascal Pellicier with a problem in the ankle that will handicap the end of the game. Despite the huge level of Spanish Salines, this was not enough to counter Lopes / Moreau.

It was the second time these two players had teamed up. Appraisal: 2 tournaments and 2 wins. We remember the victory of our French, there are 3 weeks at TC Vignal. It's a safe bet that we'll see them together again soon.